Gear up for the revival of a rambunctious comedy show at Blue Moon, toast to the roaring ’20s at the Oaks and dance with the stars (or watch them dance, anyway) at the Benedum. 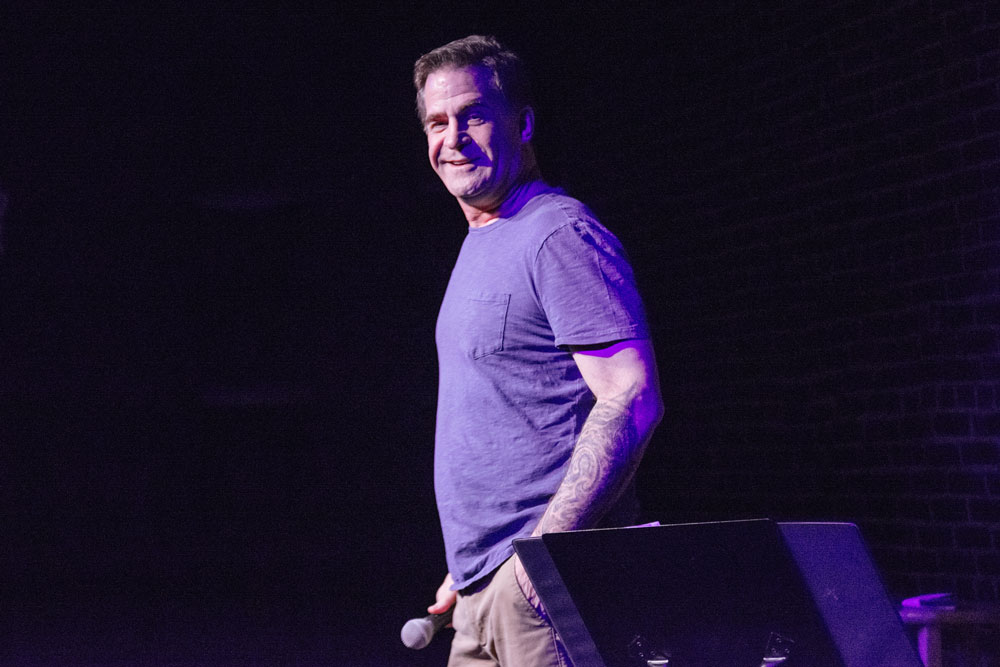 The Best Reason to Leave Your House This Weekend

Todd Glass is perhaps the only touring stand-up who brings a backup band on the road.

Yes, there are musical comedy acts. That’s not what Todd Glass does. Glass has a late-night-style combo that adds punctuation and color to his smart, exasperated humor. It’s tough to sell how well this works; writing about comedy is tricky, after all. So you’ll have to trust me: This is a completely distinct live comedy experience, similar to nothing else I can name.

Pittsburgh is one of only four stops on Glass’ “Event of a Lifetime” tour. The idiosyncratic comedian will wrap up this short jaunt with five shows at Arcade Comedy Theater after stays in Philadelphia, New York and New Hope, Pa.; it’s his first local engagement in five years, after memorable prior engagements at Arcade and as part of the Pittsburgh Comedy Festival.

He’ll perform five shows this weekend; given the size of the tour and the amount of time between appearances, it’d be wise to see this notorious comic’s comic while you have the chance.

Pittsburgh’s eternal torch singer Phat Man Dee was born a throwback, so I’d imagine she was ready for the roaring ’20s to come back around for quite some time. She’ll lead her backing band, the Cultural District, to Oakmont for a suburban celebration of our old-fashioned new decade. A costume contest is involved (just buy a flapper outfit now and get it over with), and themed cocktails are promised, but the music is the draw here. Hearing Phat Man Dee’s boldly ethereal voice take on forgotten former standards is a Pittsburgh rite of passage.

It’s hard to assign a genre to “Downstairs,” Theresa Rebeck’s twisty tale of cohabitation. At its outset, it feels like a comedy; by the end, the drama is genuine. In between, “It’s got a little bit of intrigue about it,” says Marc Masterson, City Theatre’s artistic director, who will direct. “It does have this ominous mystery around it that I think the audience gets involved in.” Teddy, shiftless after losing his job, temporarily moves into the unfinished basement of his sister, Irene; her husband, Gerry, wants Teddy gone. But why is Gerry so protective of a disused basement? Head to the South Side to find out.

One of my favorite comedy shows vanished into an iridescent sunset sometime in the mid-to-late ’10s, but I’m happy to report it is making a spectacular return this weekend. The Quick and Shameless Comedy Hour, which I profiled in this space back in 2016, brings a bevy of off-kilter comedy acts to Blue Moon in Lawrenceville; the only uniting force in these lineups is that the acts wouldn’t neatly fit into any other lineup. Expect sketch, improv and several comedic forms that don’t have names yet.

The Woman Who Rode Away
8 p.m. Friday-Sunday
off the Wall Theater

Developed in New York’s the cell theatre, “The Women Who Rode Away” is a personal, multidisciplinary work by artist Natalia Zukerman. As a musician, she has penned songs for “The L Word” and appeared with the likes of Shawn Colvin and Richard Thompson; as an artist, she has illustrated children’s books and theater sets. Those skills combine in “The Women Who Rode Away,” which Zukerman brings to off the WALL for a weekend engagement.

Looking for more things to do this weekend and beyond? Check out our Events Calendar 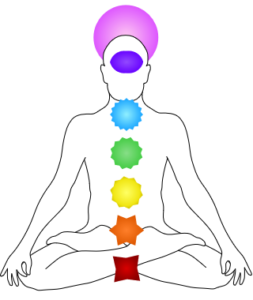 Chakras are the energy centers in your body, like wheels that link together mental, physical and spiritual parts of you. When you understand what each Chakra represents, and how you can keep the balance, it can positively impact all parts of your life.
$290 for all seven sessions.
focus on one Chakra at a time.
Experience a guided energy clearing meditation with Tibetan bowls and Essential
Experience a guided energy meditation with Essential oils. .
Receive a set of Affirmation cards, focusing on Positive statements to guide your energy. .
doTERRA Essential Oil Roller-ball blends for each chakra will be available to purchase.
This class is appropriate for those who would like balance and improved energy flow.
We will meditate in comfortable chairs. Class limited to 15 people.
An Eden Energy Practitioner and a Life Coach will be facilitating the series.
Visit us at www.AspectLifeCoaching.com or call for details at 724-299-3621.

Starting Sat., Jan. 18, grab your spacesuit and prepare to blast off into a galaxy of gardens at Orchid and Tropical Bonsai Show: Out of This World! At this all-new show, guests will enjoy hundreds of star-shaped and otherworldly orchids, plus our cosmic collection of tropical bonsai. Escape from the cold and embark on an interplanetary adventure right inside the display rooms of our Victorian glasshouse!

The Red Press Collaborative is a program designed to promote Fine Art Printmaking at Youngstown State University and within the Mahoning Valley region. A limited edition print will be created throughout the week in collaboration between our visiting artist and YSU art students. Various printmaking methods, such as Intaglio, Relief, Lithography, Screenprint, and Digital Printing will be showcased through this collaboration.

Ken Rinaldo Will consist of two art series by Ken Rinaldo. The Seed Series, post nature portraits of phantasmagorical seeds; imagined manipulations with CrisprCas9 targeted gene splicing. The worldwide premiere of the Microbiome portrait sculptures, which look at primordial earth, pluripotent stem cells, bacteria, and our human microbiomes. The microbiome portraits will be collected and grown, for all those entering the exhibition at the McDonough Museum of Art

Kristina Paabus In the solo exhibition, Something to Believe In, Kristina Paabus examines the systems that we use to control our surroundings – as well as the structures that try to control us. Our personal and cultural narratives are formed by tools such as language, architecture, Internet, beliefs, and government. Through abstraction and metaphor Paabus investigates the operations, fractures, and perceptions of these strategies to uncover the underlying common codes of our shared experiences.

As a first-generation Estonian-American, Paabus has been influenced by growing up in between these two cultures, histories, and places. Much of her creative work has focused on the lasting impact of Soviet occupation on both tangible and invisible spaces. Paabus creates hybrid spatial conversations that observe, interpret, and respond to experiences of attempted containment. This exhibition spans the past seven years of her multidisciplinary creative practice through drawings and sculptures. These speculative renderings translate visual remnants to question, disrupt, and abstract power structures. 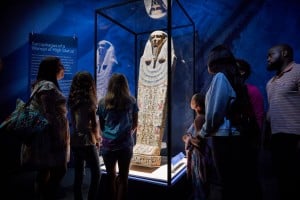 Real Mummies. Real Science. Real People. The exhibition enthralls guests with dramatic displays of the mummies and their personal stories, as well as state-of-the-art multimedia stations that take visitors on a 4,500-year journey to explore the mummies’ history and origins as well as how they were created, both naturally and intentionally. 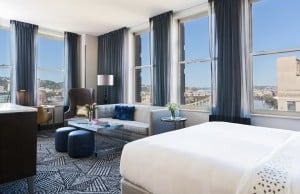 All February long, the Renaissance Pittsburgh Hotel invites couples to celebrate their love with our Romance Package. Book one of our King category rooms or above for one night or longer Thursday – Sunday and receive a house made chocolate truffles and a bottle of sparkling wine and discounted valet parking. Rates from $229.

Big League Fun! is an educational exhibit that emphasizes the science and math behind the game. Explore the exciting world of Major League Baseball through engaging hands on activities:
• Test skills and get active: Practice pitching, throwing, fielding, hitting and base-running. Work on your swing and step up to the plate; lead off, run to second or back to the bag; throw from the infield or outfield with simulated plays; and grab a glove for catching practice;
• Explore the world of professional baseball: Turn yourself into a professional baseball player! Choose your player position and jersey number, add your name and snap your photo in front of a baseball card backdrop. Pretend to be the announcer and deliver the play-by-play using real game clips and sound effects. Learn about the teams that make up Major League Baseball, vocabulary and rules, and how to calculate statistics;
• There’s nothing like a day at the game: Test your baseball knowledge with a challenging trivia game, and make your ballpark experience fun and realistic with props, costumes, and lots of real baseball equipment, memorabilia and graphics to explore.
Big League Fun! was developed by the Betty Brinn Children’s Museum in cooperation with and the express permission of Major League Baseball Properties, Inc. © MLB trademarks and copyrights are used with permission of Major League Baseball Properties, Inc. All rights reserved. The Marcus Corporation is the presenting sponsor of ‘Big League Fun’. The exhibit is sponsored locally by Pirates Charities, 90.5WESA & 91.3 WYEP.

Prices:
Admission includes both the Children’s Museum of Pittsburgh and MuseumLab. 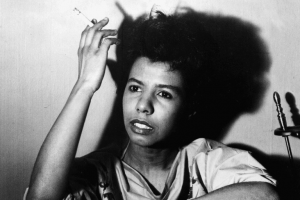 Lorraine Hansberry is the visionary playwright who authored the groundbreaking A Raisin in the Sun. An overnight sensation, the play transformed the American theater and has long been considered a classic, yet the remarkable story of the playwright faded from view. With this documentary, filmmaker Tracy Heather Strain resurrects the Lorraine Hansberry we have forgotten—a passionate artist, committed activist and sought-after public intellectual who waged an outspoken and defiant battle against injustice in 20th-century America. The film reveals Hansberry’s prescient works tackling race, human rights, women’s equality and sexuality that anticipated social and political movements on the horizon. Lorraine Hansberry lived much of her 34 years guided by a deep sense of responsibility to others, proclaiming: “One cannot live with sighted eyes and feeling heart and not know or react to the miseries which afflict this world.”

Sembène – The Film & Art Festival – is a group of scholars, activists and film aficionados. Our mission is to celebrate the life, showcase the work and honor the legacy of African Filmmaker Ousmane Sembène, through film and other complementary cultural events. The Festival serves both as a vehicle and catalyst: to honor the life, work and legacy of Ousmane Sembène and to showcase film makers and other art/cultural events that speak, unflinchingly, to the important issues facing the modern African Diaspora.