See more lights than you can count, check out a below-the-radar drama Downtown and score some Potato Patch fries this weekend. 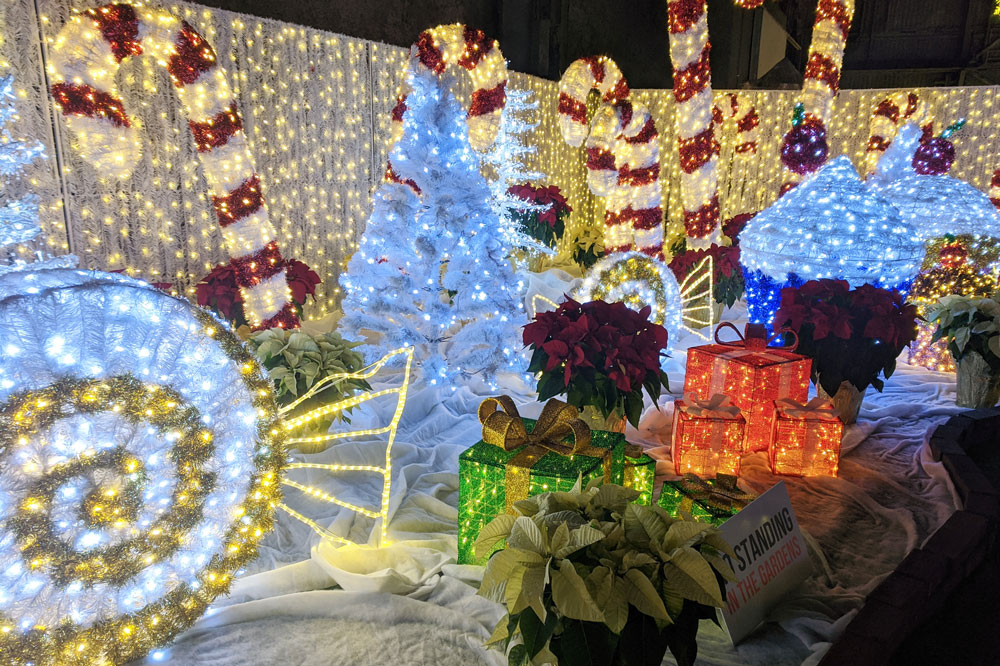 The Best Reason to Leave Your House This Weekend
“Waves”
Daily Through Jan. 2 (No Shows Dec. 25 or 31)
Harris Theater

Every year, there are a great many films that emerge as potential Oscar contenders only to get lost in the shuffle. This is an observable phenomenon — there’s a whole podcast about it — that often works as an effective filter; not everything with big-name stars and big ambitions is actually worth watching, after all. It is also the case, however, that some genuinely great movies fail to catch attention when cinemas are busy and plaudits are being tossed around.

“Waves” is just such a movie, a gripping and beautifully made drama that seems to be floating well below the radar. (It has yet to garner any significant award nominations, and that trend isn’t likely to change come Oscar time.) Writer/director Trey Edward Shults crafts a heartbreaking tale about a modern family’s downfall and resurrection, as eldest son Tyler (Kelvin Harrison Jr.) spins toward desperation after an injury. Bold narrative and cinematic movies enhance the already gripping story. Taylor Russell gives one of the year’s best performances as younger sibling Emily; the cast also features strong turns from Sterling K. Brown, Lucas Hedges and Renée Elise Goldsberry.

Only 10 cities in the world will host Lumaze, an indoor festival of lights and holiday market, this year; seven are in Canada and one is in Denmark. Fortunately for the holiday hounds of western Pennsylvania, Pittsburgh is one of only two U.S. cities selected for 2019.

While there are festivities for everyone at Lumaze, the bullseye of the target audience is Instagram-loving parents of toddlers. There are excellent photo opportunities throughout for tots and tweeters alike, and a bevy of activities aimed at younger children (train rides, an app-assisted scavenger hunt, playgrounds and more).

If all that jolly business isn’t exactly your forté, well, there’s beer. Several varieties of it from Fat Heads Brewing, alongside wine and other adult beverages. Grown-ups can also get some shopping done from local vendors at I Made It! Market and sample fare from a selection of local food trucks.

Oh, the other Lumaze is in Seattle. So if you know anyone out that way who has a 5-year-old in need of overstimulation, do send them a note.

Lumaze isn’t the only incandescent game in town. Kennywood’s Holiday Lights event drapes the park in all things shiny and bright. If you’ve been to the park’s Phantom Fright Nights at Halloween, Holiday Lights is much the same, only with wintry whimsy rather than scares. In addition to the light shows, a select number of rides are open as well as plenty of the park’s restaurants. In other words: You could be eating Potato Patch fries with a cup of hot cocoa this weekend. Anything beyond that is just gravy. Which is also available.

Judging based on hat culture alone, the ’90s are back in a big way. In their heyday, The Affordable Floors was one of Pittsburgh’s most popular New Wave bands. It played regularly at storied Pittsburgh venues such as the Electric Banana and Graffiti and got airplay on national college and commercial stations. The band broke up in the mid-’90s but reunited to release an album last year. Not every band — or hat — is worth revisiting, but The Affordable Floors are an integral part of Pittsburgh music history, so maybe try it on again. For this show at Thunderbird Cafe & Music Hall, the band is joined by local indie-synth duo Dinosoul. — Cassidy Gruber

If I placed a snippet of music into this article (I won’t), you would immediately recognize the Trans-Siberian Orchestra song that’s currently stuck in my head. But honestly, if you listen to the radio at all this time of year, you could probably take a good guess as to what it is. The group brings its winter tour, “Christmas Eve and Other Stories,” to PPG Paints Arena this month for two shows on one day. — Jesseca Muslin

Tags: things to do