Get a little music in your magic, try your hand at curling and celebrate the season with local celebs this weekend. 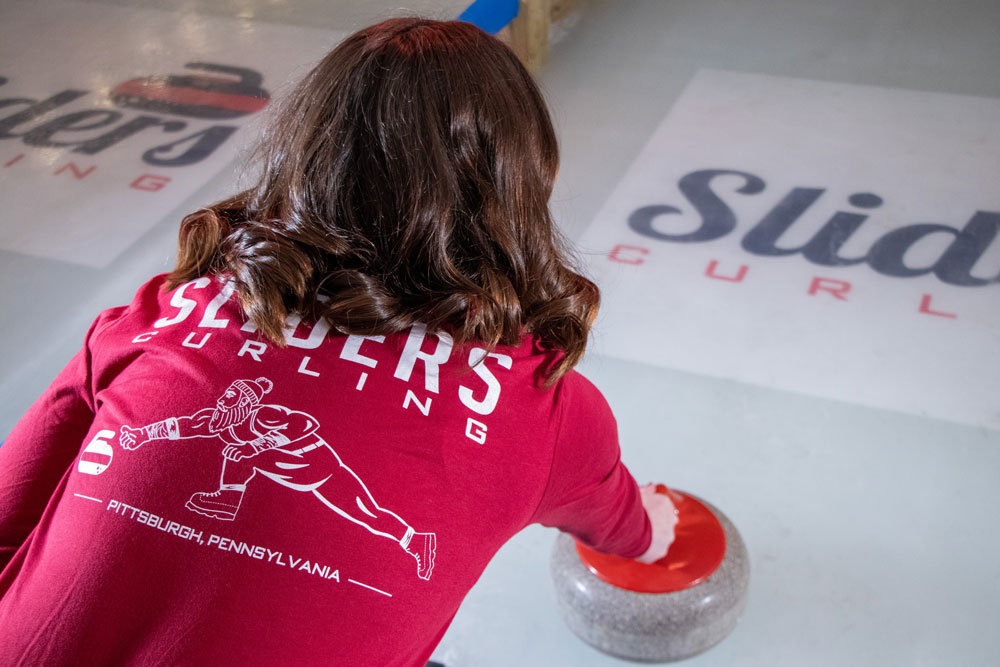 You don’t get to do the sweeping thing. Don’t worry, though: It’s still really, really fun.

My pre-visit conceptions of Sliders Curling, an offshoot of Millvale axe-throwing establishment Lumberjaxes, were mostly focused on the part of the winter sport where two team members frantically brush ice aside to encourage a perfect path for the weighted stone. And when I walked into the outdoor establishment — it’s heated, but bring a coat and gloves anyway — I saw brooms and got excited.

No, you don’t do that part. (Few businesses want customers to walk sideways over slick ice.) But the bar-game version of the sport is an excellent night out all the same; you and your companions will be walked through proper form and safety then compete at placing 40-pound stones onto a bullseye. The ice and the stones are real; the competition will soon turn fierce.

Curling will remain at Lumberjaxes, which is BYOB, until warm weather necessitates that the games stop temporarily. For those who’ve tried axe-throwing, it’s a similar — but more physically taxing — activity and part of a great wintry night.

Before Robert Ramirez attempts a trick, he’ll dazzle you with an impossible feat: Making a standard issue turn-off-your-phones request entertaining.

Ramirez, a magician and musical-theater veteran who toured for years as the lead in “In the Heights,” has penned an original, and hilarious, song begging for good audience behavior during the up-close performance. He’ll also perform some favorites throughout the evening between impressive illusions and a bit of science. There’s a wide variety in these acts, from expert-level sleight of hand to complicated contraptions.

The thoroughly entertaining show is a more varied evening than some magic acts, drifting into the theatrical side of parlour magic. It’s a testament to Liberty Magic’s mission; you could come to every show it presents and never want for something new.

If anyone can figure out how the hell he gets the right card in the bit with the ukulele, please let me know.

During the sci-fi boom of the early 1960s, when any concept involving a spaceship could get a microbudget and stumble into unsuspecting cinemas, Jolly Old Saint Nick was asked to get way out of his lane. “Santa Claus Conquers the Martians,” a 1964 flop, has been lampooned for decades; this Friday night, an all-female cast will give the script all the sincerity it deserves in a live reading at Arcade Comedy Theater. A 2015 staging of equally absurd “Manos: The Hands of Fate” was a riotous affair, so this one is more than promising.

Preferred yuletide demon Krampus is having a bit of a moment. Enjoy some cookies and cinema with the sinister seasonal spook this Friday night, as Jump Cut Theater — the nonprofit that rose from the ashes of the old Friends of the Hollywood Theater — presents an evening of entertainment at the Glitterbox Theater. The program will include a screening of the 1959 holiday oddity “Santa Claus vs. The Devil.”