Alexander Gavrylyuk, an Australian pianist, is one of the biggest stars the series has hosted. 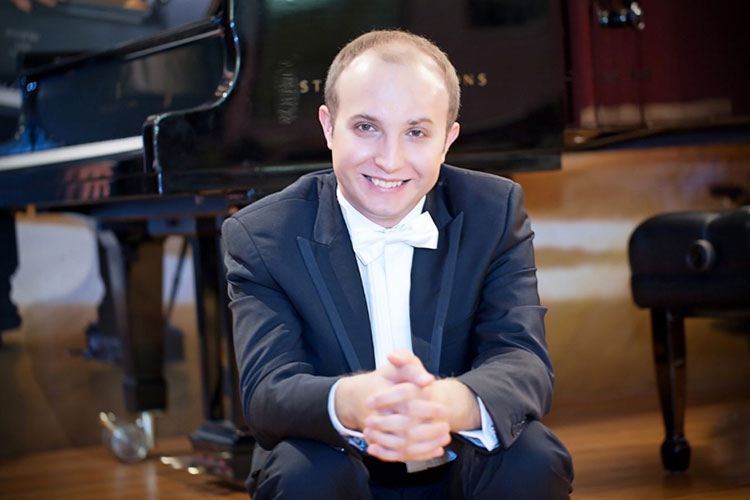 For nearly two decades, Thiel College’s Con Spirito Chamber Music Concert Series has been a star in the classical music world, bringing some of the genre’s top performers to western Pennsylvania. This November, the series will feature one of its biggest stars — Ukrainian-born Australian pianist Alexander Gavrylyuk.​

Gavrylyuk is no stranger to the region. He first performed at the Chautauqua Institution in 2006 and has performed there annually every year since. In 2016, he was named the artistic advisor at its School of Music Piano Program. Gavrylyuk is in demand by orchestras and conductors for his noble and compelling interpretations and has appeared with symphonies and orchestras in New York, Los Angeles, Israel, Warsaw, Moscow and Rotterdam.

The series has hosted free concerts that are open to the public on the Thiel campus in Greenville, about 80 miles north of Pittsburgh, since 2007. This is the second event of the 2018-2019 concert series. The Dorian Wind Quintet will perform the final event of the 2018-2019 series on March 29, 2019. The first concert of the year was the Fischoff Award Winning Donald Sinta Quartet in September.

In 2007, the tradition of musical excellence started when LaVonne H’16 and the late Glen R. Johnson H’88, in honor of their late daughter, created the series to bring top musical talent to Thiel College and the region. Con Spirito is just one of the offerings at Thiel that connects the college to the regional arts community. The Weyers-Sampson Art Gallery hosts about four exhibits annually. The exhibits and gallery talks include the works of regional and national artists as well as pieces from Thiel College’s private collection.

This article appears in the October 2018 issue of Pittsburgh Magazine.