Gerard Damiani and Debbie Battistone run studio d’ARC architects out of their South Side home, but their scope reaches far beyond. 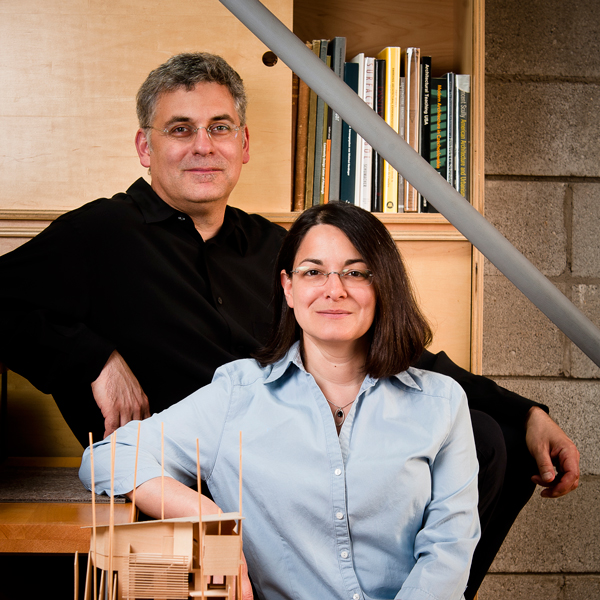 The couple behind South Side-based studio d’ARC architects are currently working on a home on the coast of Maine. An office space in Uptown. An addition to the South Side Courtyard House that won Pittsburgh Magazine’s Home of the Year award in 2010. And a home in Sewickley Heights that the firm’s founder says is comparable to Fallingwater in its scope and innovation.

Gerard Damiani, who started the company 20 years ago, and his wife, Debbie Battistone, who joined him in 2005, say they take on a limited number of projects because they’re choosy about their work. Damiani says his clients typically want him to oversee the entire project while Battistone focuses on a portion that’s very important to the client — such as the kitchen. Damiani says he appreciates that they’re able to focus on the finer details.

“We tend to do one or two [projects] a year,” he says. “The two of us are fully immersed in one project. We produce a lot of work for two people.”

Studio d’ARC architects [sdapgh.com] has won numerous awards during its tenure, including an American Institute of Architects Pittsburgh chapter award last year for interior architecture and a national AIA award in 2008 for the couple’s live/work studio.

The pair has completed commercial, academic and residential projects, but they say they find it more meaningful in some ways to design someone’s home.

They Are Pittsburgh's Husband & Wife Designing Duo“These are higher stakes,” says Battistone. “[The clients] put their trust in you, and then when they see [the finished product] and they say, ‘it’s even better than we thought,’ — that’s what we love to see.” 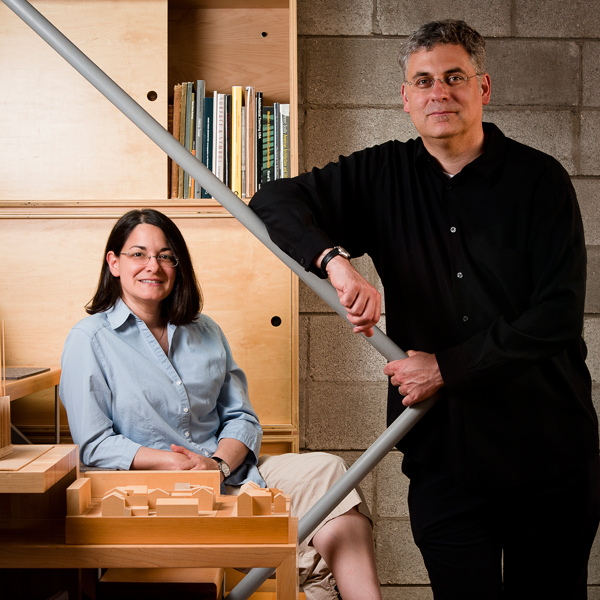 What’s your favorite part about doing projects in Pittsburgh?

Damiani: The best thing about western Pennsylvania is it’s urban, but it’s also rural, and I think our projects work in both of those realms. [It’s about] interpretations of both those realms – Pittsburgh as an urban space and the heritage here, because I think the landscapes are very unique here compared to other parts of the country.

How did it feel to win an AIA Pittsburgh award last year?

Damiani: It’s great to win AIA awards, but what I always like to say is it’s good to show that practices such as ours can compete with large practices in Pittsburgh. It shows small practices can have a big impact … It’s nice. I always say winning local awards shows people you’re still out there.