These Proposals Were All the Better with a Helping Paw

Some dogs play fetch, some dogs cuddle, and some dogs help their owners get to “I do.” 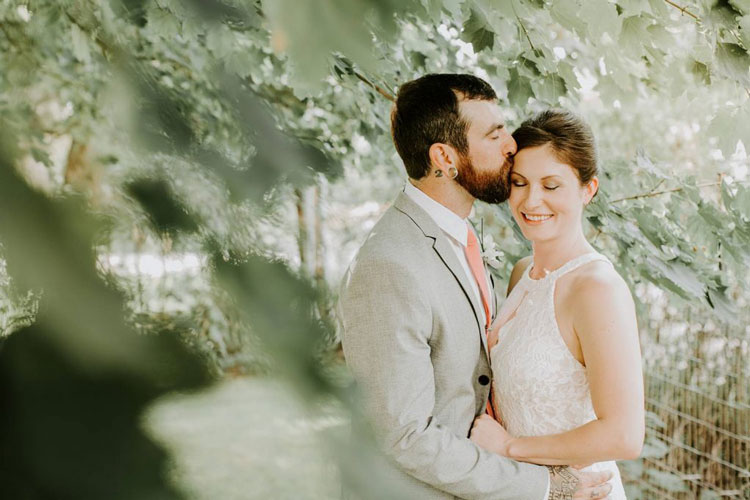 Dogs have a way of becoming family. They’re there day in and day out, listening, watching, sometimes begging for food or attention. They can also drive you crazy with their antics, just like any other family member. So, it makes sense that some dogs become such integral parts of the family unit that their owners want to include them in major milestones.

For some couples, one of those big moments is their marriage proposal. 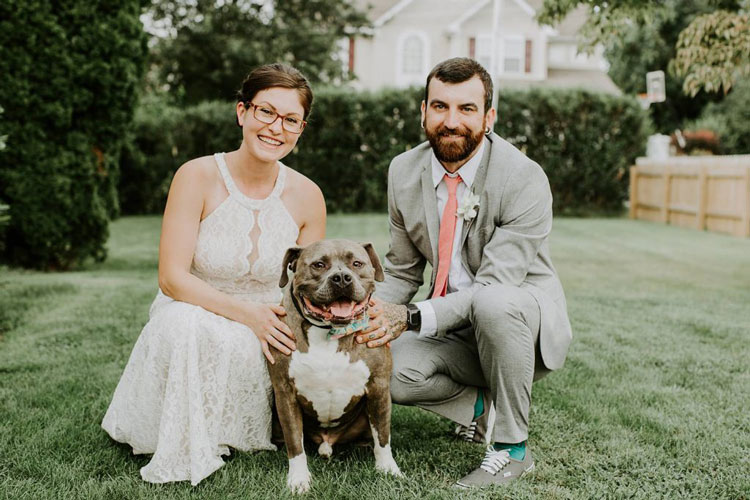 It wasn’t long after Abby Trainer and Travis Johnson started dating that they welcomed a furry companion into their family. Abby recalls her sister finding a Facebook post featuring a pit bull and mastiff mix from Biggie’s Bullies, a nonprofit that rescues and rehomes pit bulls in Pittsburgh. Her sister thought the dog was perfect for Abby, and Travis thought he was adorable as well. He encouraged Abby to apply for adoption.

“Initially I was the adoptive parent, but immediately Travis took him in as his own,” Abby says.

So, Travis and Abby became Travis, Abby and Walter. Both of the dog parents grew up in pet-friendly homes, which made inviting Walter into their home an easy task. Since then he has also managed to become one of the most important parts of their life together.

“We’re kind of obsessed with him. He’s always involved in every aspect of our lives,” Abby says. “We’re both dog lovers, and I think that Travis knows how special the dog is to me and that I would have loved him being involved in the proposal process. And he was right. It was adorable.” 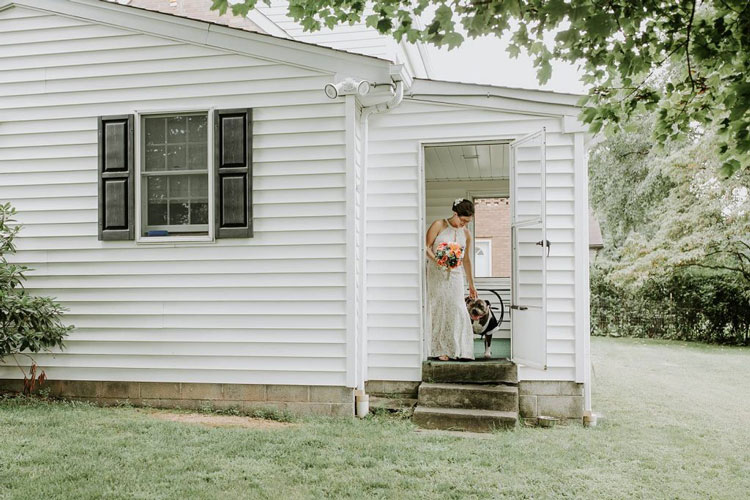 Abby wasn’t expecting a proposal when Travis asked her to grab a treat for Walter. She opened the treat bag and saw a peculiar object inside: a ring box. Once she opened the box, Travis knelt down to ask her the big question. Walter sat by the couple, waiting for a treat.

Even though they didn’t make an announcement to anyone that night, they came up with the perfect picture to send out when they were ready. The couple stacked their hands and placed Walter’s paw on the top. With the ring glimmering in the picture, everyone knew the family was making things official. 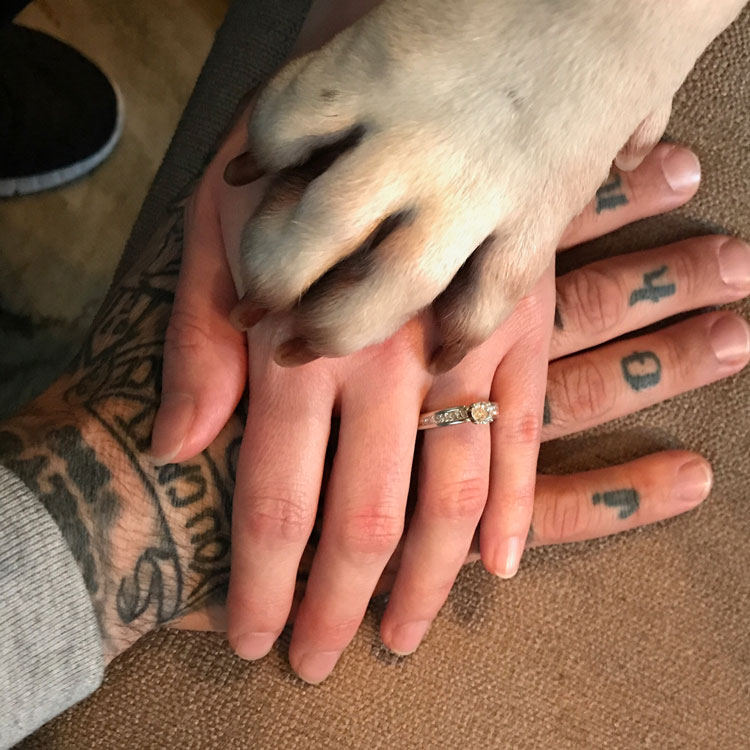 “I just think it’s the whole process of all of us finding each other. Travis and I met on online dating, we found Walter on a Facebook post,” Abbie says. “We were all single, individual people – and dog – for so long, and then within a matter of a few months, we somehow all made our way to each other. Now we’re this completed family.”

And Walter will be there for the many special moments to come. 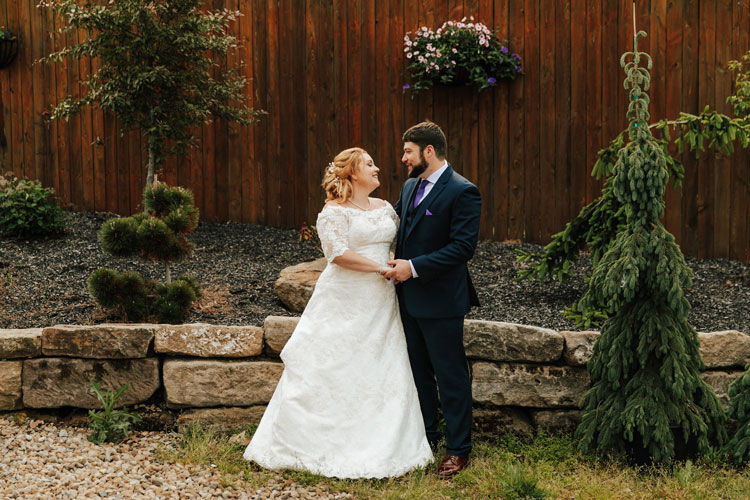 Carinne Park knows exactly how to sum up her proposal.

“It was perfect for us,” she says.

Her husband, Nathaniel Houston, knew how special their rescue pitbull, Yuki, is to Carinne, so he made sure to include her in his proposal. After setting up the room he wanted to propose in, complete with a toasty fire and wine, Nathaniel called Carinne upstairs. He got down on one knee to propose and when Carinne said yes, Nathaniel showed her the bottles of wine labelled, “Will you marry me?” and “She said yes!”

Then he whistled for Yuki. She excitedly joined the couple with a sign hanging around her neck that read, “Will You Marry My Dad????” 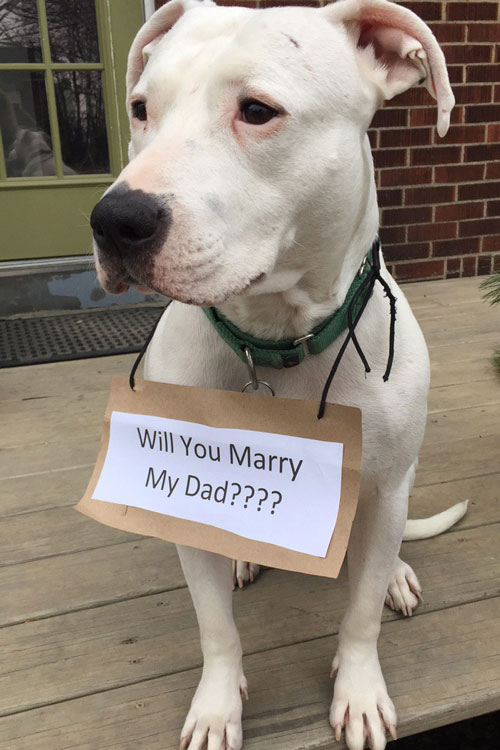 Before their ceremony on May 26, Nathaniel and Carinne wanted to incorporate Yuki into one more moment. Their wedding venue didn’t allow dogs, so they decided to make her part of their engagement photos.

“[Yuki] is very much the highlight of our lives,” Carinne says.