These Pittsburgh Newlyweds Are Carried Away in Style

Whether they’re a prop for your photos or your getaway transportation, antique cars add a classic vibe to a wedding. 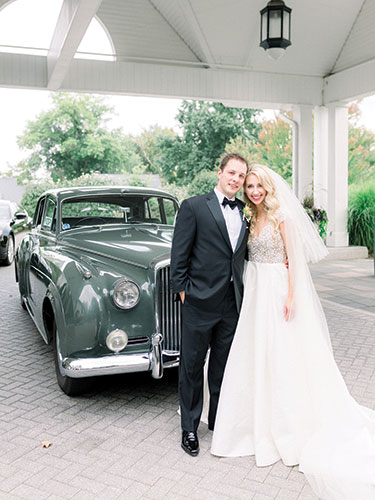 George Magovern III and Jordan Feucht planned their Aug. 25 wedding with family tradition in mind. They got married in the same church as Jordan’s parents, First English Evangelical Lutheran Church, Downtown, and held their reception at Oakmont Country Club, where Jordan’s family are members.

“We still go to brunch at Oakmont with my grandparents after Sunday church,” Jordan says. “It’s one of my favorite things.”

Just as important as where they go for brunch is how they get there. Since she was a little girl, Jordan’s grandfather has driven them to church and brunch in his 1956 Bentley; on their wedding day, Jordan’s uncle drove the couple to their reception in that car.

“It meant so much to me to have that car be incorporated into our wedding and our photos because it reminds me so much of my childhood and is still a part of my life today,” Jordan says.
(photo by Abbie Tyler Photography) 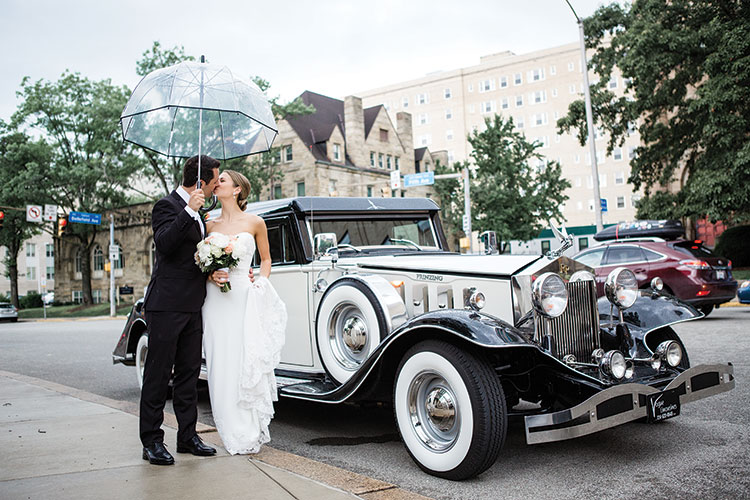 Sometimes a smaller bridal party can provide more options for a couple. Stephen Romanin and Julie Dumbaugh weren’t sure how many people would be able to fly in for their wedding on June 23 (Stephen is from Australia), so they kept their bridal party to four people — Stephen and Julie’s siblings.

“Because we had a smaller party, we thought we could get a smaller car, and we started to look at classic cars because our reception was at the Heinz History Center,” Julie says.

The couple’s wedding also featured a travel theme because Julie and Stephen met while Julie was working abroad as an au pair. The car, a Vintage Prinzing limo rented through Vogue Limousines, made the couple feel as though they were traveling together to their new adventure of marriage.

“We both love to travel,” Julie says. “Plus any cool car adds something different to your wedding.”
(photo by Amber Marie Photography) 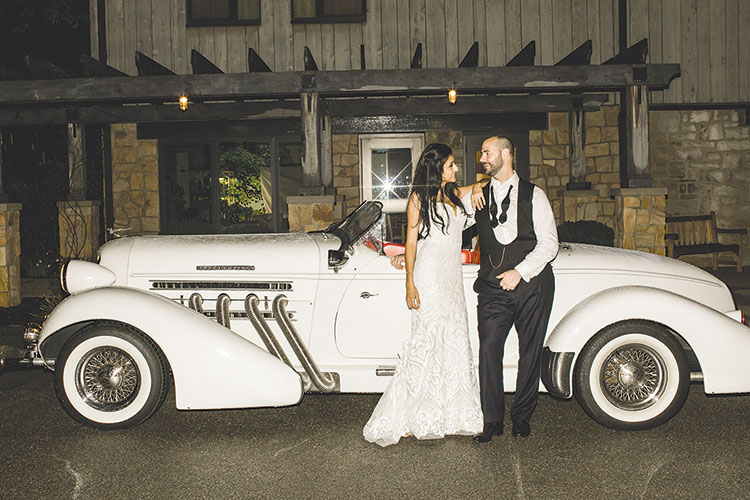 For Brody Nasse and Anna Manukyan, having a car play a big part in their wedding photos was all about the aesthetic. A 1980s replica of a 1930s Auburn Speedster convertible fit right in.

They worked with their photographer, Steven Dray, to make sure the car added the right effect for their May 12 wedding at Pittsburgh Botanic Garden in Oakdale. They did a series of photographs during their evening reception posing in and around the car, including silhouette shots in its headlights, as well as a number of photographs as they left their reception with Brody behind the wheel.

“We wanted something that would look memorable for photos and our post-reception getaway,” Brody says.
(photo by Steven Dray Images)

This article appears in the February 2019 issue of Weddings.
Categories: Bridal Buzz