These Pittsburgh Couples Scored a Touchdown in Love

Football has been known to get in the way of romance. But knowing how to play the game on and off the field, one couple tied the knot on the biggest college game day ever in Pittsburgh, while the other has had football at the center of their lives from their first day together. 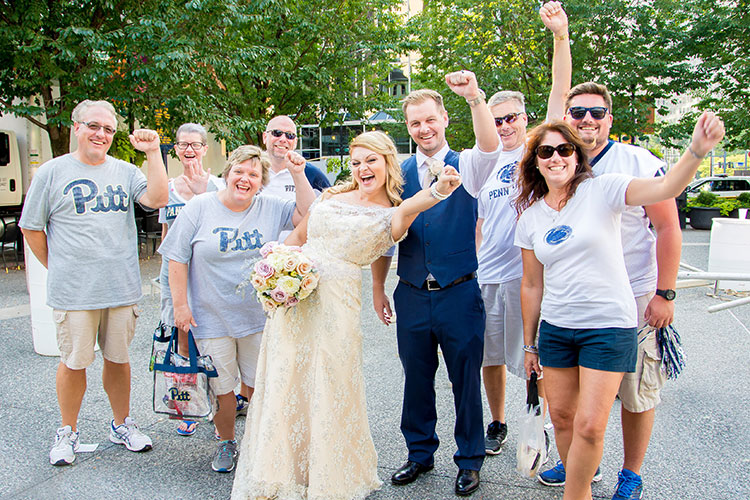 A Good-Spirited Rivalry.
On Sept. 10, 2016, Heinz Field was packed with more fans than had ever attended a Pittsburgh sports event. The stadium filler? The Keystone Classic college football game: Pitt vs. Penn State.

Two years earlier, Ashlie Hardway and Jason Walos got engaged and picked a random date, knowing only that they wanted a September wedding. Two weeks after that, they found out that the date they picked would be the return of Pitt/Penn State rivalry in football, after the two teams had not played each other in 16 years. Jason decided they should keep the date.

Though Ashlie did not attend Pitt, her father played basketball for the school when he attended Pitt, and she grew up following Pitt sports. Jason, on the other hand, attended Penn State, as did many of his friends and family members. Though the two thought wedding hashtags were cliche, they realized they could play off of the schools’ battle cries, “Hail to Pitt” and “We Are Penn State.” The couple’s hashtag for their big day was “HailtoHardway, WeareWalos.” 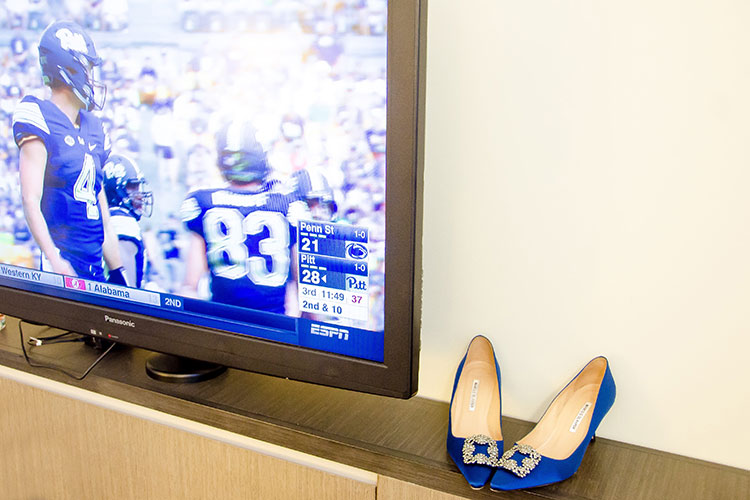 As Ashlie got her hair and makeup done, the bridesmaids crowded around a television to watch the game. Ashlie periodically called into the room to ask the score, and her sister-in-law, a Penn State fan, begrudgingly told her that Pitt was up.

The groom and groomsmen watched the game in the hotel bar until they had to leave for the ceremony.

“Everyone kind of planned their getting ready around a television set,” Ashlie says.

While both Ashlie and Jason are football fans, Ashlie did not want a sports-themed wedding. However, she decided to work subtle mentions of the big game into their day. As guests walked in, they were greeted by a poem Ashlie wrote, directing them to where they should sit: 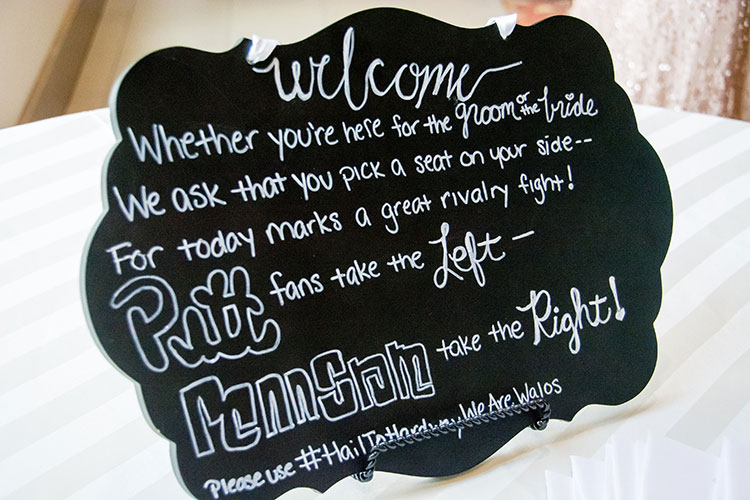 “Whether you’re here for the groom or the bride/ We ask that you pick a seat on your side/ For today marks a great rivalry fight!/ PITT fans take the left/ PENN STATE take the right.”

Between the ceremony and the reception, Ashlie and Jason headed to Market Square to take some pictures. They saw that Downtown was flooded with people in Pitt and Penn State gear, and they called to a group of strangers sporting both teams’ attires to ask for a picture. Of course, Pitt fans stood behind Ashlie and Penn State fans behind Jason. 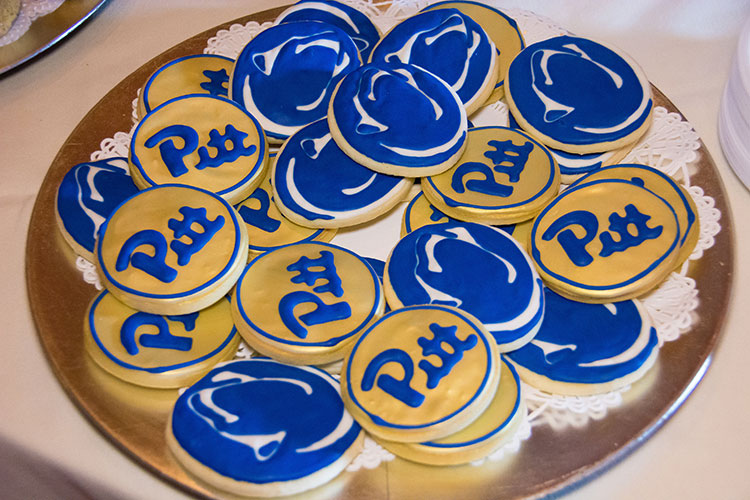 Back at the reception, attendees could choose between Pitt and Penn State cookies at the dessert table made by one of Ashlie’s friends.

Ashlie says Jason might’ve been angry that her team won, but the win occurred under extraordinary circumstances: Ashlie had lost her best friend in a motorcycle accident only a week before her wedding. Having struggled through the week, Ashlie cheered that Pitt won, and Jason accepted the loss since it made his new wife smile.

“Jason said that my friend made sure that Pitt would win on my big day for me,” she says. 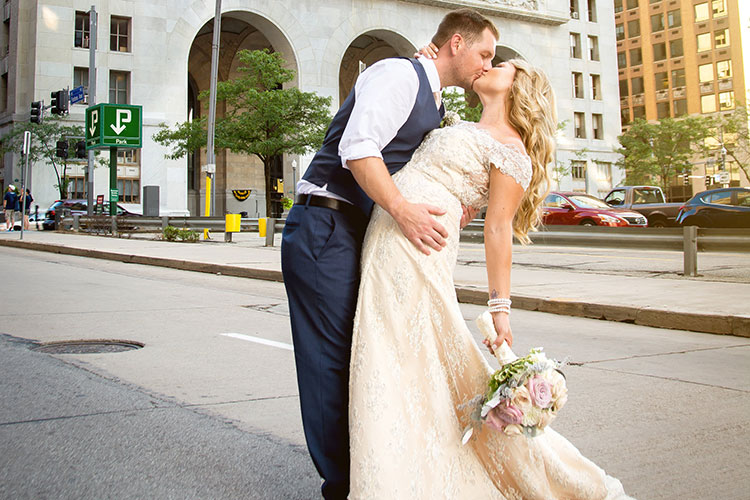 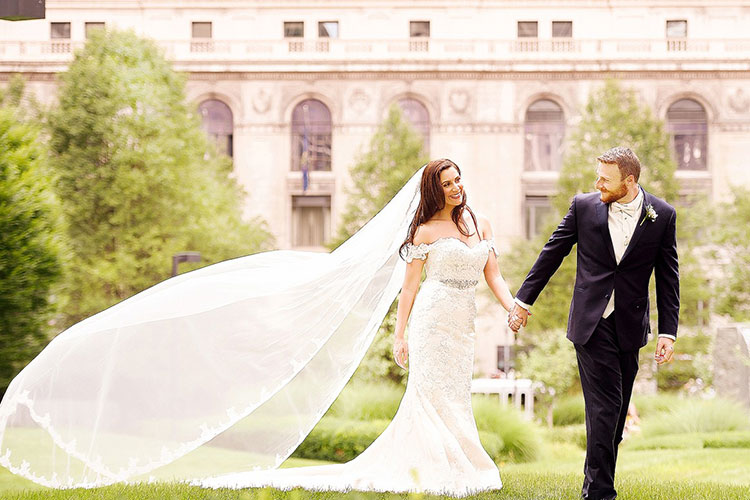 The Coaching Couple.
As the girlfriend of a college football coach, Kathleen Coyne knew her life would be uprooted time and time again.

When she started dating Matt Caponi, he was an assistant coach at Washington & Jefferson College. As she first watched her boyfriend write up plays, she knew he was pursuing something he was born to do.

And football isn’t a hard sell for Kathleen either. She describes herself as a “tomboy” and mentions that she grew up playing and watching football with her dad and brothers. 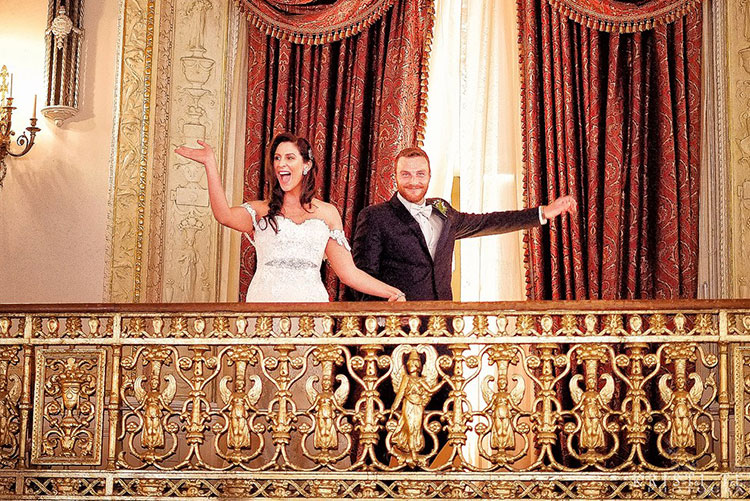 Matt’s next move was up to Division I at Pitt, where he stayed for one season. But when the head coach left, the assistant coaches needed to find new jobs. He accepted an offer as an assistant coach at the University of Arizona.

After three seasons, Matt took Kathleen to Tiffany’s to look at rings during the summer of 2014. She saw one that she loved, and the clerk at the jewelry store told them they’d have three days to claim it before they’d have to offer it to other interested buyers. The three days came and went and Matt never mentioned it. Months of the football season went by, and Kathleen attended games per usual. Then came the last game of Matt’s fourth season in Arizona.

Matt wanted to propose at the end of the game — which the team won — but got nervous with the sheer number of cameras and people crowded around them. So he wrapped up his responsibilities while Kathleen went home, showered and pulled on old sweatpants and her glasses.

When Matt got home, he got down on one knee in their kitchen and brought out the blue Tiffany’s box with the ring Kathleen thought she’d never see again. 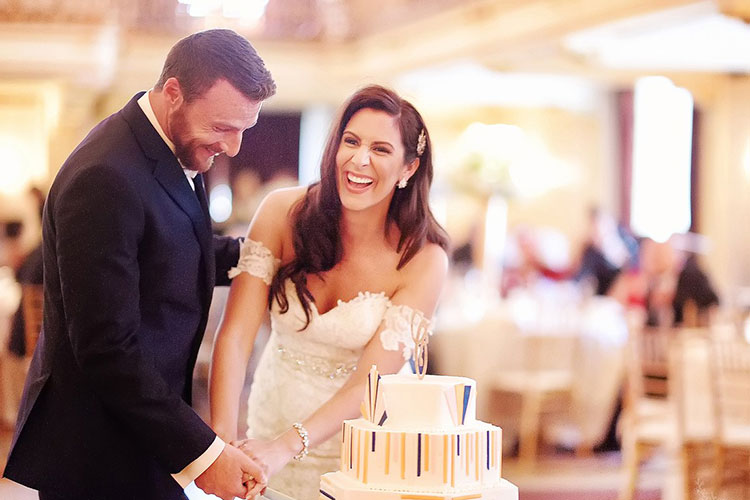 As Kathleen struggled with where she needed to be — with her career in Arizona or at her fiance’s side — she received news that her boss would allow her to work from home in West Virginia. Kathleen is still with the company.

The couple tied the knot on July 2, 2016 at St. Paul’s Cathedral, and Kathleen arranged for Matt’s groom’s cake to be made with football jersey cupcake toppers.

In West Virginia, Kathleen and Matt work together in providing a support system for the boys Matt coaches. They host dinners for the team and are around for anything they might need as the players are away from their families for the first time and working toward graduation.

“It’s really cool to be able to play that motherly or ‘big sister’ role as I call it,” Kathleen says. “It’s nice to have them be able to look up to us. It really makes all the craziness and all the uncertainty worth it.” 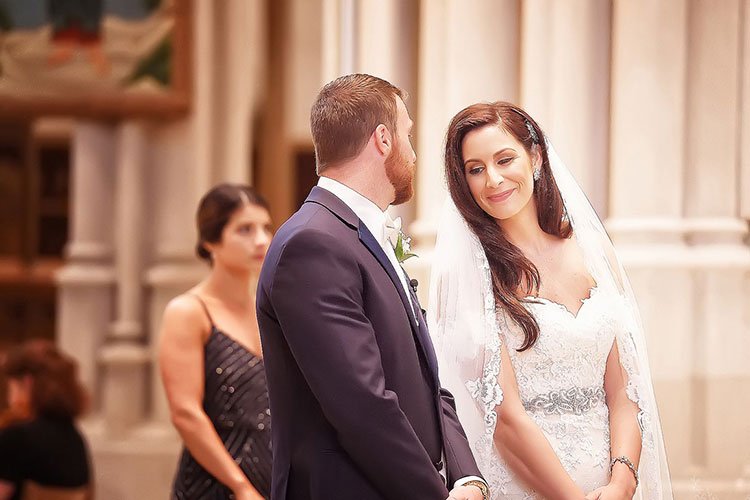 While she has to go to weddings and parties alone during football season because Matt can’t get off work, she looks up to the other coaches’ wives who support their husbands, the players and children of their own.

Kathleen looks forward to the day she’ll be driving kids to soccer practice, paying the bills, maintaining the home and cheering on whatever team Matt currently coaches. As someone who never had a specific career goal, she loves seeing Matt chase his dreams, and it inspires her to be supportive and ambitious herself in her roles at work and at home. 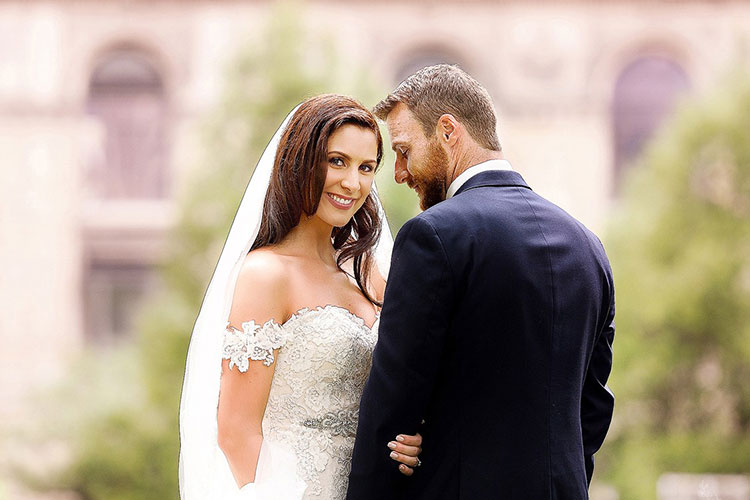