Twenty local couples got to “Gogh” to the North Side and celebrate Valentine’s Day in a special way. 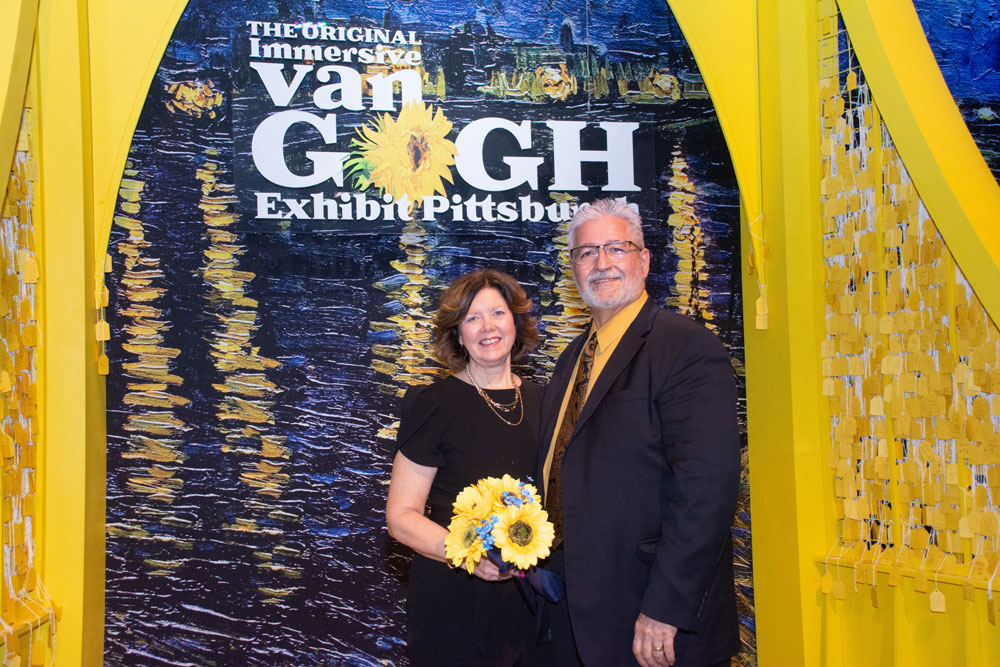 These married couples already got lucky in love by finding one another. Their luck continued when they won a raffle to renew their vows among Vincent Van Gogh’s famous works this Valentine’s Day.

On Monday, “Immersive Van Gogh’” hosted a Valentine’s Day event for 20 couples to renew their vows with comedian and former WDVE host Jim Krenn officiating. Nearly 100 couples entered the raffle for the event, which took place at the exhibit at the Lighthouse Artspace Pittsburgh’s warehouse on the North Side, and provided couples with photo ops with sunflowers, Van Gogh cookies and a Van Gogh wedding cake. 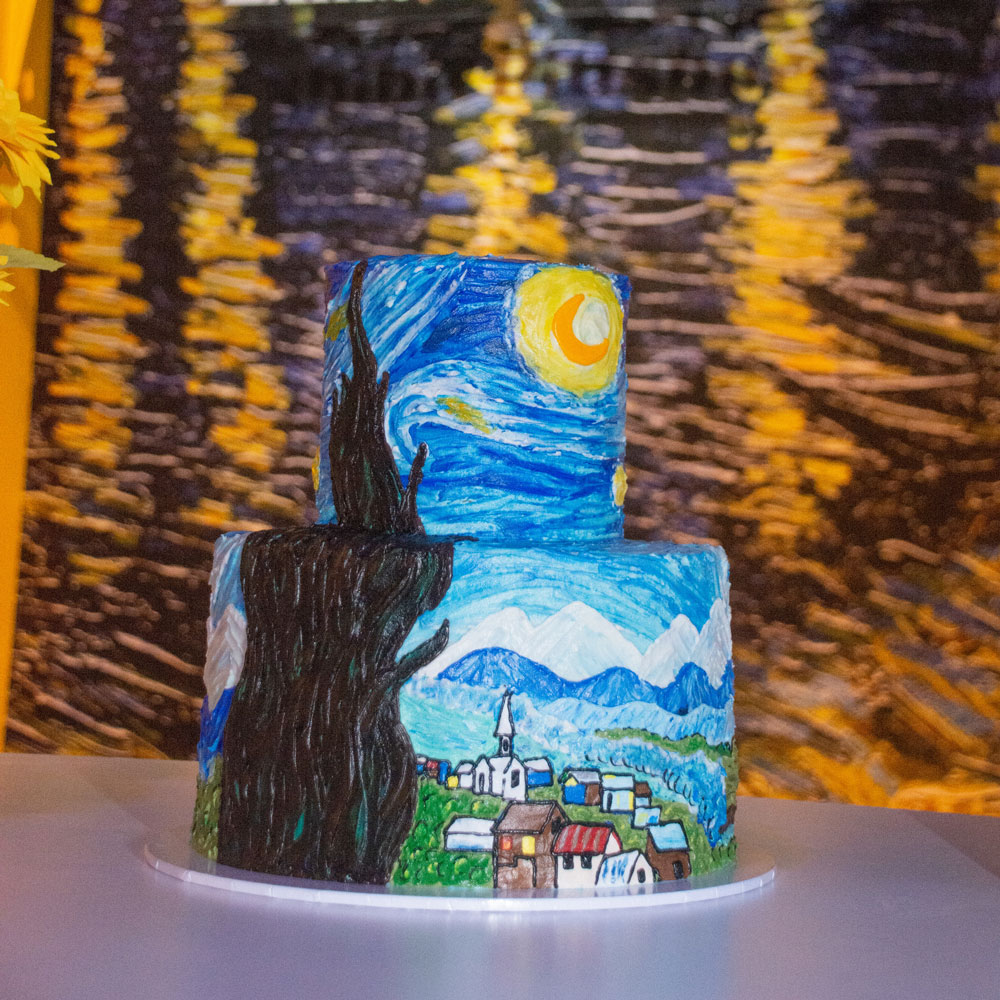 When Andrew Corfont saw an ad for the event on TV, he immediately entered himself and his wife, Linda, who live in the Greensburg area, into the raffle for a chance at a ticket.

“I just thought it would be a wonderful experience,” Andrew says. “We’ve been kind of staying clear of large groups with COVID and everything, so we hadn’t been able to go [to the exhibit].”

This September will mark Andrew and Linda’s 40th wedding anniversary. 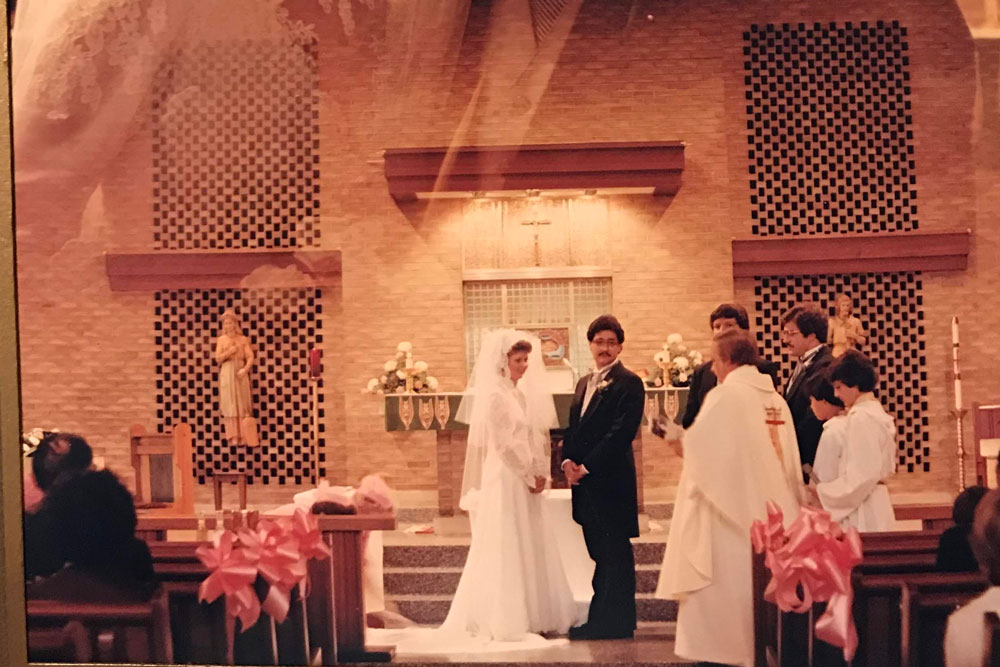 Last May, Andrew was diagnosed with liver cancer and says that Linda has been his rock throughout his treatment.

“I have too much to live for. We have two daughters and two grandchildren. We’re gonna keep pushing ahead,” he says.

Surprising Linda with a ticket to the “Immersive Van Gogh” exhibit was one way for him to show his appreciation for her.

“It’s a great time to just share with each other and show that you love them, you still care and you’re still there for each other,” he says.

Their first date was a formal dance at Waynesburg University, where they met during their freshmen year. 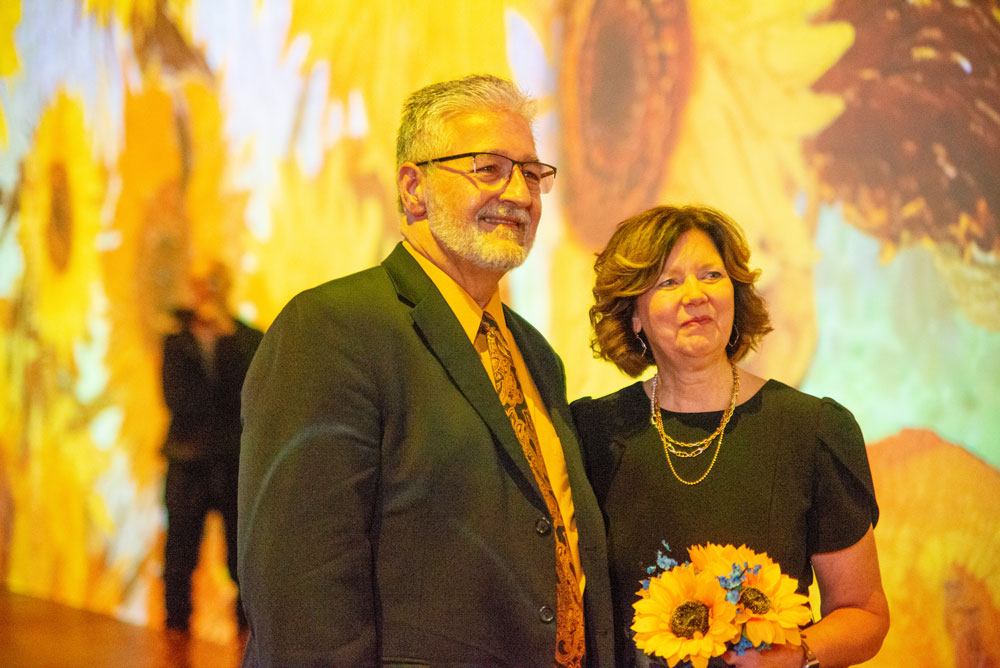 “During our junior year, I was helping plan one of the formals, the spring formal, and I asked her if she would like to go with me,” Andrew says. “The rest is history. … We had a blast because we had been friends for three years, and it was just natural. We ended up falling in love.”

Andrew proposed during their graduation on May 17, 1981.

“The first time we went out, I got her three pink roses, so I had three pink roses [for her at graduation],” he says. “The ring was tied into the bow of her flowers, and I had a bottle of Champagne there. Some of my family knew, and they were all making jokes that I looked nervous and they didn’t know why.”

They held their wedding on Sept. 25, 1982 at Linda’s church in Greensburg, and Andrew says what he remembers the most from their big day was Linda’s dress.

“I just remember seeing her walk down the aisle, like an all-white angel,” he says. “That’s my angel.” 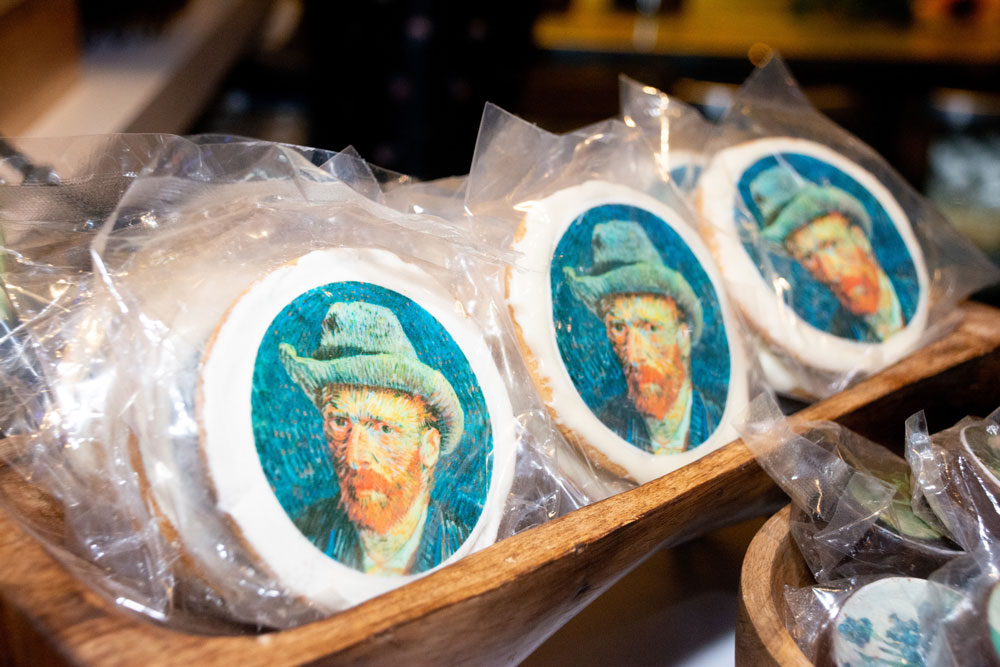 The key to their long relationship, he says, is communication.