These Couples Have Officially Won the Game of Love

There is no formula for finding love, but for these couples, there is one common factor: sports. 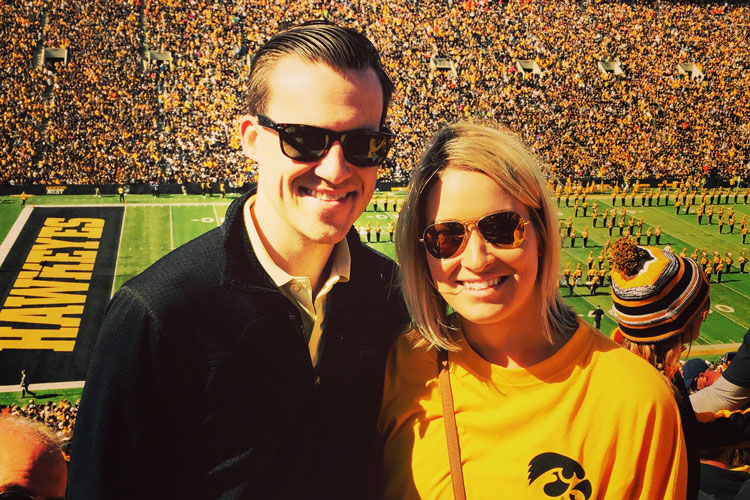 Sports have a funny way of bringing people together. People will crowd into a stadium to watch their favorite team take on a rival or they’ll host parties for neighbors and friends to come together and watch a championship game.

Some people will even fall in love.

Take Me Out to the Ball Game 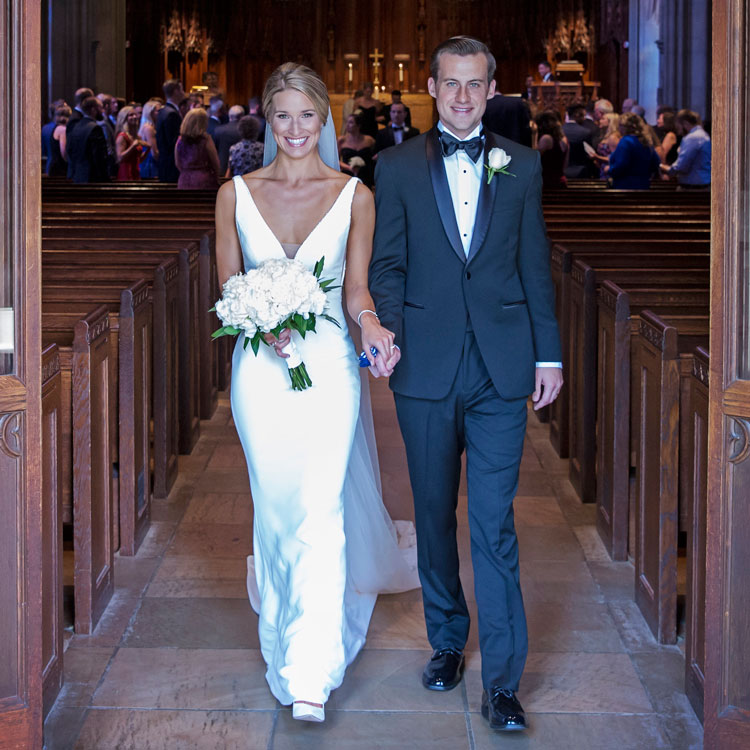 When Jamie Chakany arrived at the Columbus Clippers baseball game in the summer of 2013, she was prepared to meet a large group of new hires. The corporate home office she worked at was hosting a meet-and-greet event so all of their employees could get to know one another.

But what she didn’t expect was to hit it off so well with one of her coworkers.

A coworker introduced Jamie to Ben Noll, one of the recently hired associates, and the two spent the rest of the night talking and getting to know one another. The conversation was so captivating that it distracted them from the main event of the night — the baseball game.

“Safe to say we watched none of the game and don't even know who won,” Jamie recalls. 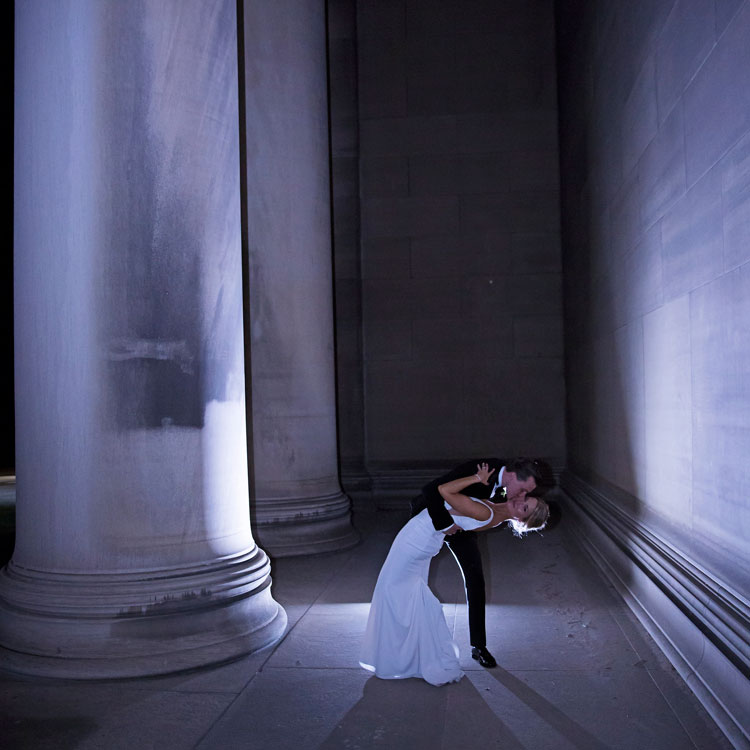 Since that night five years ago, the couple has been back to and actually watched a handful of Clippers games. They also enjoy all aspects of sports, whether it be spectating or participating. Jamie loves how they both have more teams to cheer for since getting together: Jamie grew up in Pittsburgh and tends to root for her hometown, while Ben, who grew up just outside of Chicago, favors the Windy City representatives. When they’re watching football, they will cheer for either the Green Bay Packers or the Pittsburgh Steelers, and when it’s hockey season, they support the Pittsburgh Penguins and the Chicago Blackhawks.

“It’s fun to have multiple teams in one sport to cheer for, especially when one of our teams doesn’t make playoffs,” Jamie says. “I rooted for the Cubs in the World Series or Ben cheered for the Penguins when the Blackhawks got knocked out of the Stanley Cup running.” 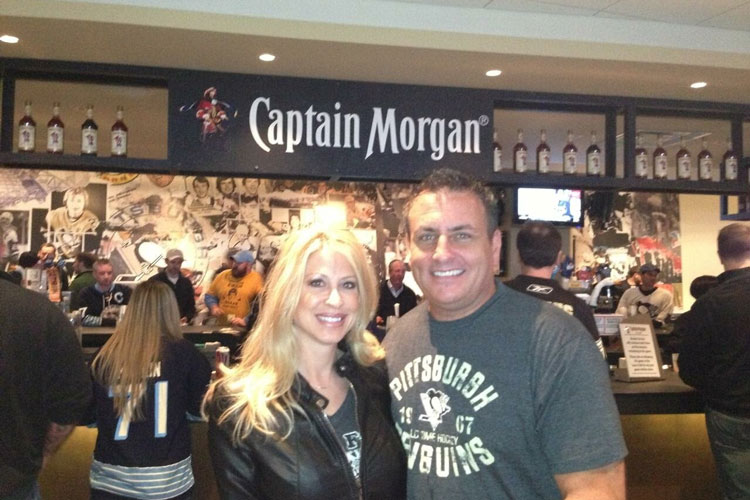 Susan Mowry was headed to a hockey game at PPG Paints Arena when she and her friends decided to stop at Shale’s Café, a bar right across from the arena on Fifth Avenue. The walls inside the bar are decorated with numerous hockey jerseys, strung together and draped like curtains. Other hockey paraphernalia, such as goalie pads and helmets, sit upon shelves so patrons can get a good look at them while sitting at the bar.

All of these signs indicate the presence of a dedicated hockey fan. Little did Susan know, that hockey fan would become her husband six years later.

James “Jimmy” Parey owns Shale’s Café and often bartends there. After meeting him one night while he was working at the bar, Susan reconnected with him before another hockey game. She remembers being struck by his kindness while he was bartending. 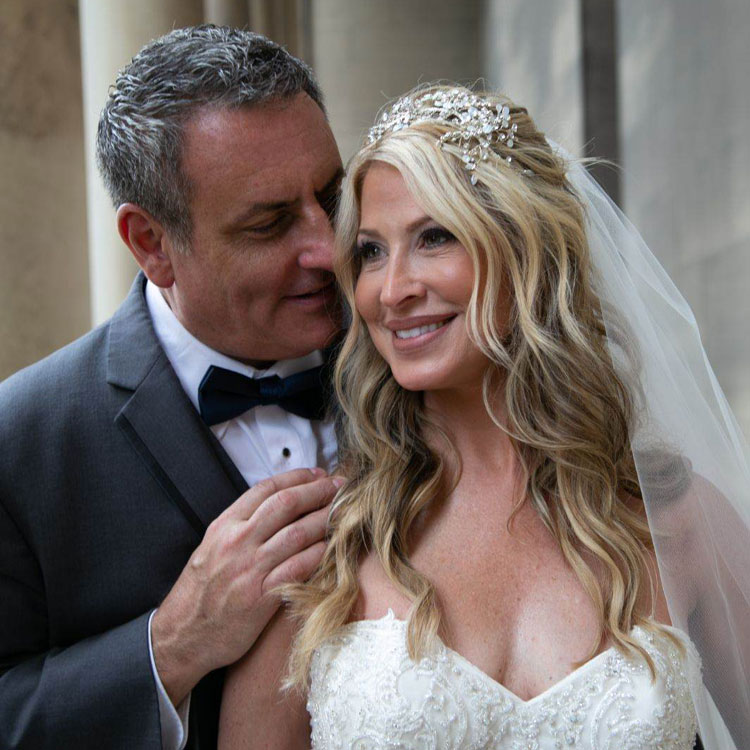 They took their time getting to know each other as friends before they started eventually going on dates. Unsurprisingly, most of their first dates were hockey games. Their steadfast enthusiasm for the sport has not dwindled in their time together. They even took a trip to Nashville for the playoffs last year, which Susan describes as a crazy experience because of the intense atmosphere.

Hockey has even gained a new layer of importance for Susan because she has learned how much a good season can boost the business at Shale’s.