Considering a themed wedding? Read on for advice and inspiration from two bookish brides who pulled off fantastic literary events. 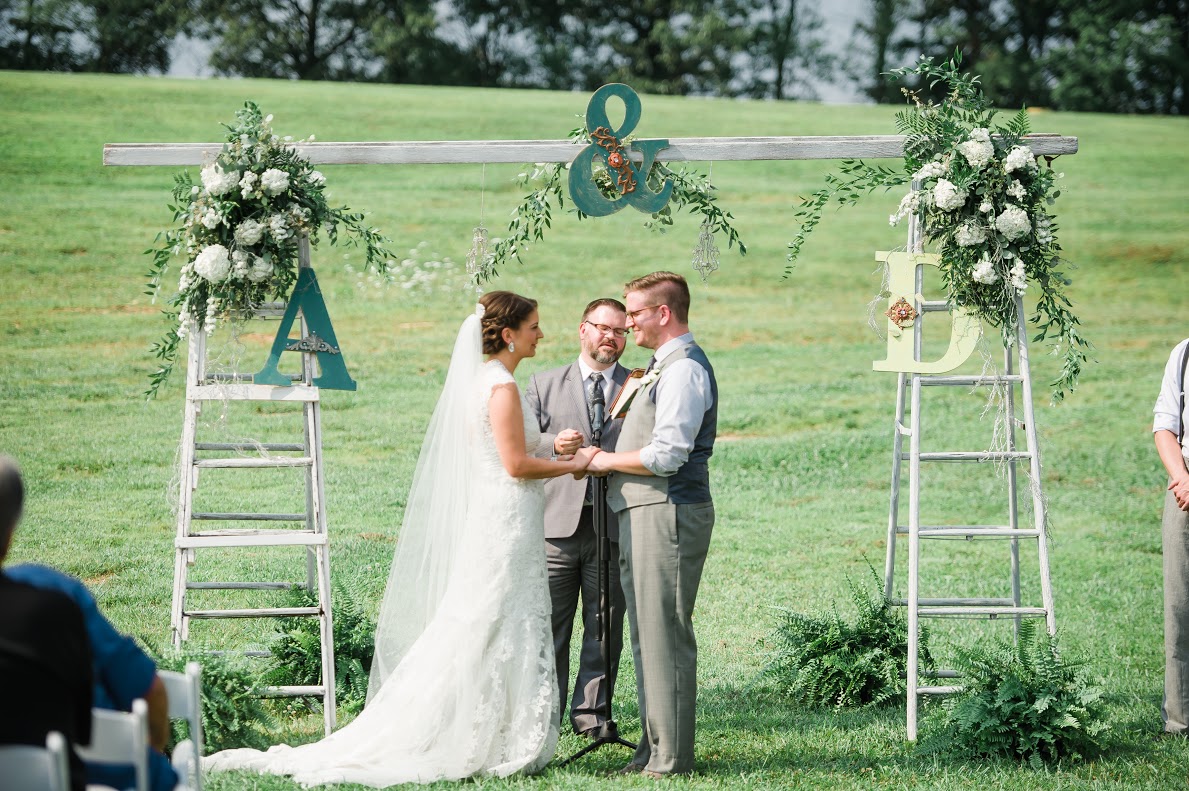 Once upon a time, there were two brides who planned literary weddings straight out of storybooks.

The first is Amy Kosciuszko, who wed her leading man on Aug. 9, 2014. A love of literature brought her and her now-husband Douglas Marvel together back in 2006, when the pair met on a website called writerscafe.com. There, they shared their work with an online community of fellow writers.

“We started an online friendship, exchanging poems and short stories and giving one another writing advice. This eventually evolved into long emails and all-night phone conversations about non-writing related topics. I adored talking to him,” says Amy.

After three years, the two met in person in 2009. Five years later, they were planning a wedding. 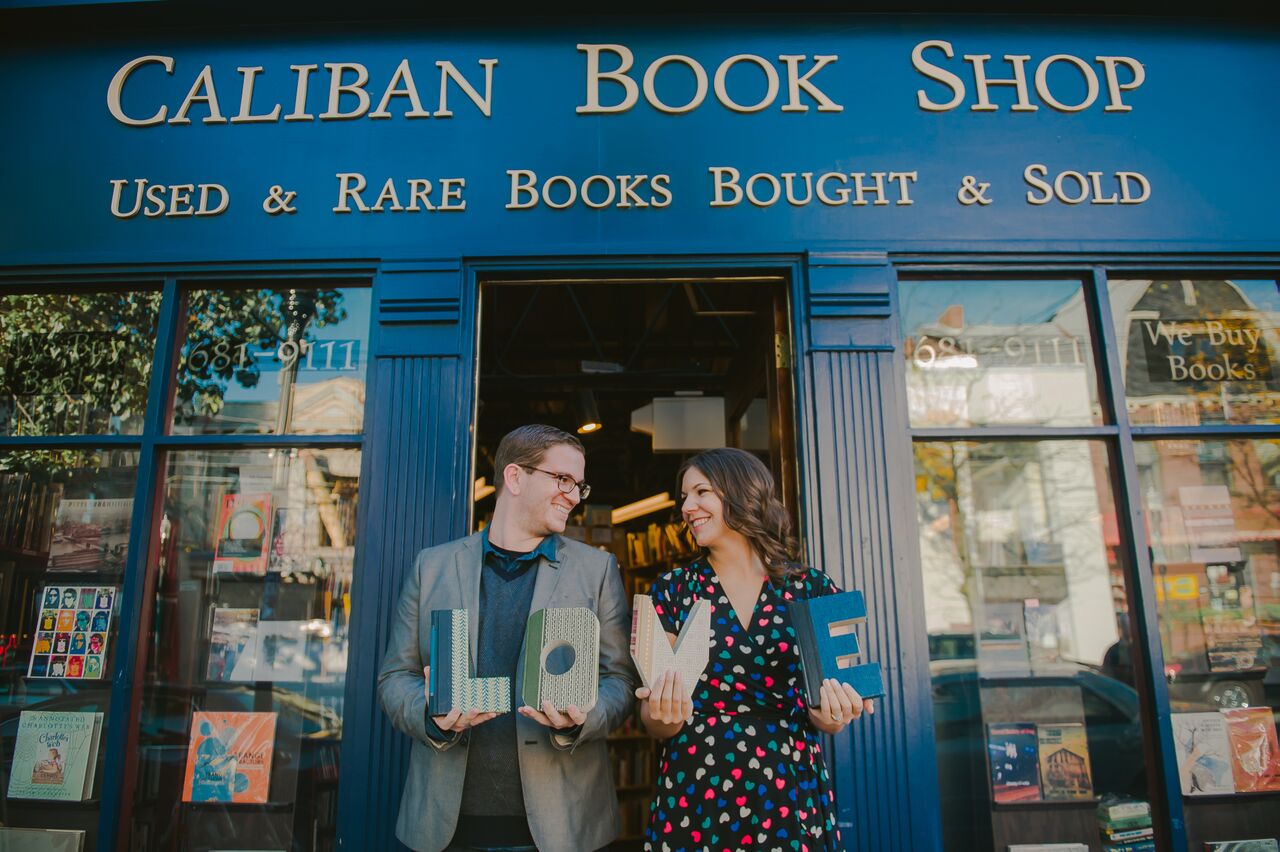 They set their engagement pictures at the scene of their first date, Oakland’s Caliban Book Shop. That location, combined with their “meet-cute,” made books the obvious choice for a wedding theme.

“Writing and words have definitely been woven into our relationship,” Amy says. “But aside from that, we just love to read. We have books and quotes all over our home. I think a wedding celebration should be a reflection of the couple, and it worked out that we have this really awesome thing that not only brought us together but that we both love.”

For the theme execution, Amy and Douglas focused on details. Their seating chart resembled tables of contents arranged in an old card catalog from a library. A John Green quote completed the table (“I fell in love the way you fall asleep: slowly, and then all at once”), while a quote from “Where the Wild Things Are” adorned the cookie table (“I’ll eat you up, I love you so!”).

“We knew we didn’t want the theme to be a blatant ‘In-your-face’ theme, so we chose to focus on the small details. We hoped that guests would be surprised by the little details throughout the venue,” says Amy. 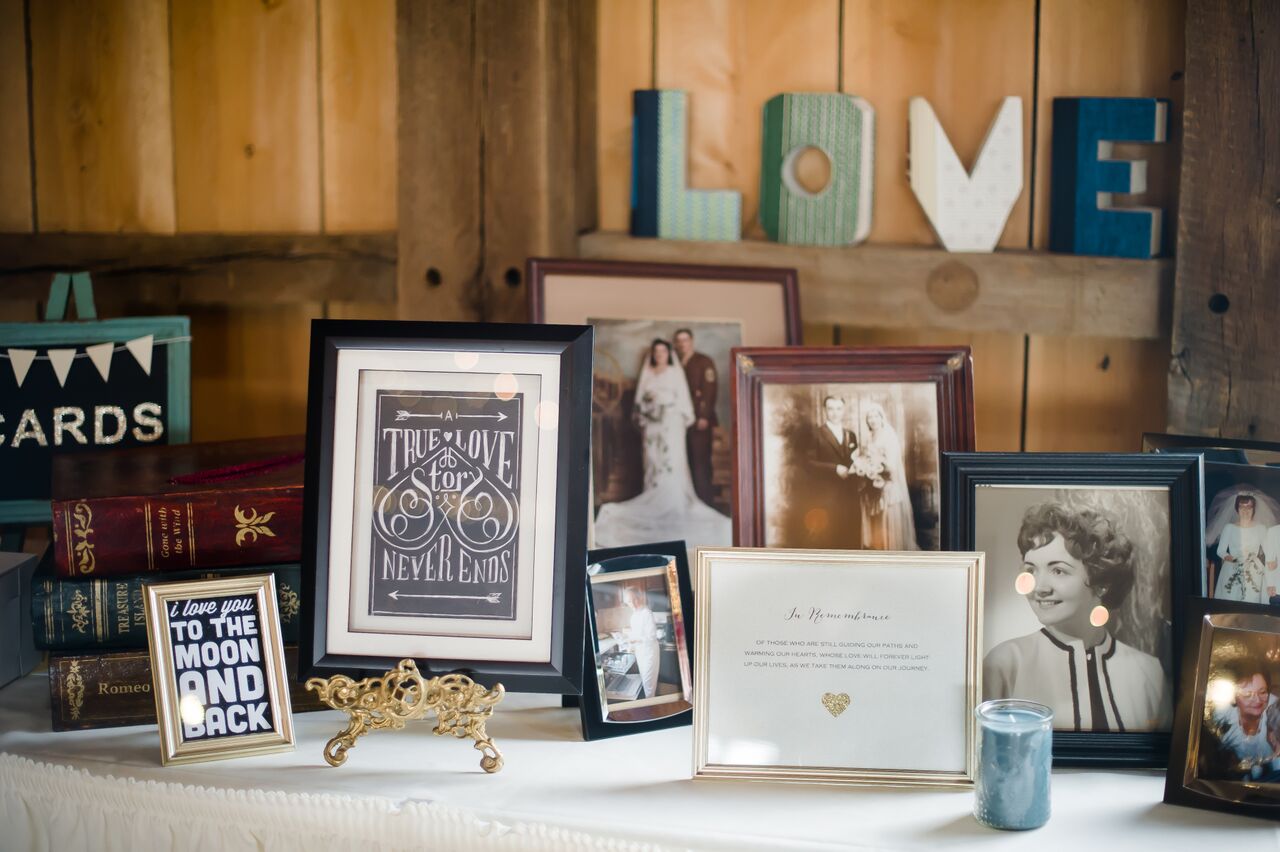 Other literary touches included old copies of Reader’s Digest in every centerpiece, quotes scattered throughout the venue and iconic Penguin book covers as postcards for guests to sign in lieu of a traditional guest book. The card box mimicked a pile of over-sized old books, E.E. Cummings poem bookmarks served as party favors and invitations arrived stuffed with confetti made from an old dictionary.

“[Because] this was very much a DIY wedding, our driving questions when deciding what to incorporate were: Does this bring us joy, and is this feasible?” Amy says.

Some brides might be intimidated by the added challenge of planning a themed wedding, but Amy says her theme made the process easier. “One of the first questions people asked me when they found out I was planning a wedding was, ‘What are your colors?’ [Because] didn’t have colors driving my decorating scheme, I would answer ‘Books!’ So a theme worked for us in tying everything together.” 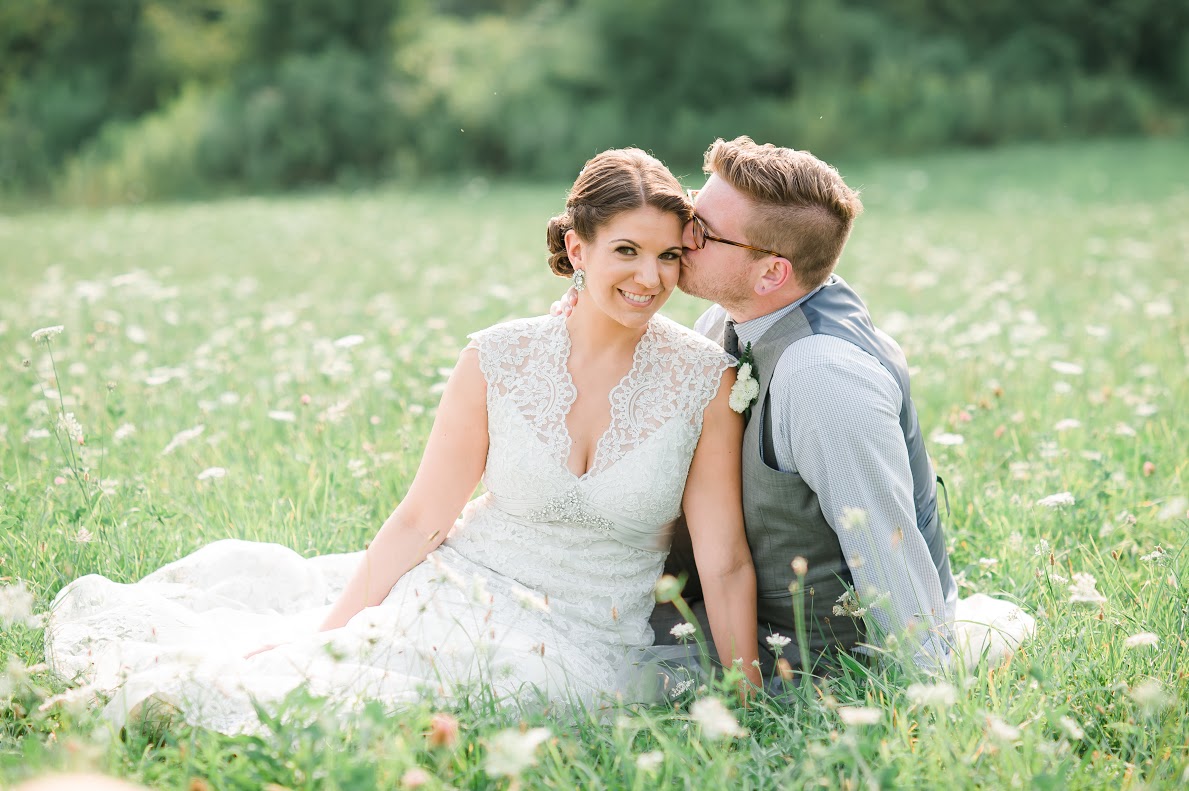 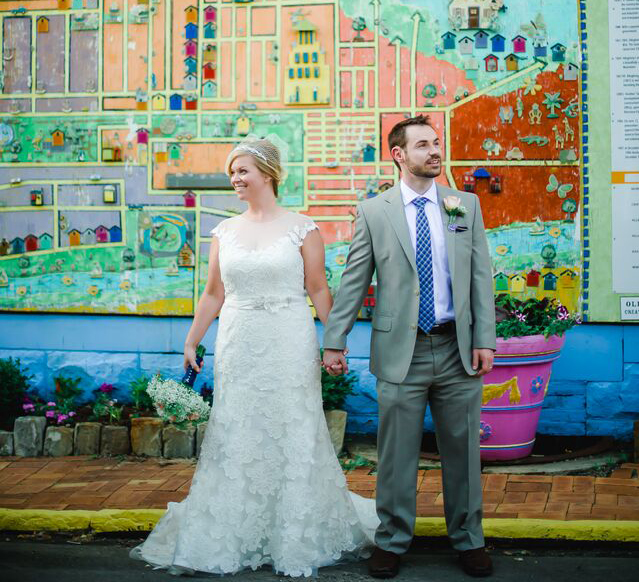 Our second heroine, Meredith Matthews, became Meredith Amoroso on May 31, 2014. Her theme — “Happily Ever Amo” — doubled as a hashtag for guests to use when posting wedding pictures on social media. It also allowed her to incorporate favorite movies alongside favorite books.

“The first movie we saw together was ‘Up,’ and we originally were going to have an ‘Up’-themed wedding,” Meredith explains. “I thought that was too pinpointed, too nitpicky. We just wanted to do something creative, so we played around with it, and after a while we came up with the idea of happy endings.”

Meredith and her husband, Sean, crafted centerpieces featuring quotes from books and movies with special meaning to them. “Some tables had bottles with quotes on the side; for others we did the quotes in picture frames,” Meredith says. “No two centerpieces were alike.” To keep the original vision alive, their cake-topper was ‘Up’-inspired, and they posed for wedding photos with a bunch of rainbow-colored balloons. The save-the-dates resembled bookmarks, the wedding website featured a book background with a quote on each page and the programs proclaimed “The Plot Unfolds.” 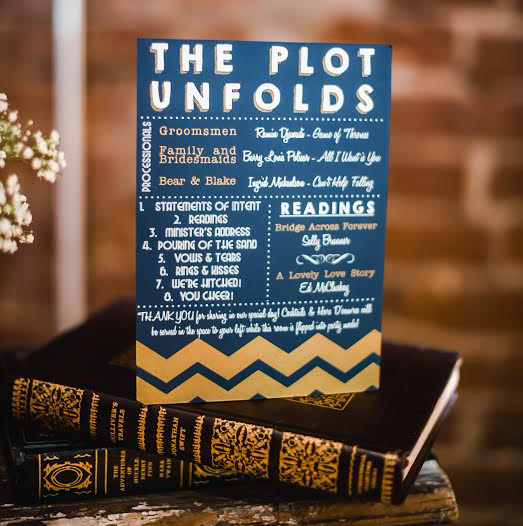 “I think it’s important not to hit people over the head with the theme, because then it’s more like a party and not a celebration of two people,” says Meredith. “We made a point not to have too much décor — we didn’t want it to get kitschy. We just wanted the day to be about our friends and family getting together to celebrate us. I looked at it from the perspective of giving people something to talk about at the tables and something to keep them busy during cocktail hour.”

For cocktail hour, Meredith and Sean placed games around the venue — Catchphrase, a puzzle, Apples to Apples and cornhole — each accompanied by a “True Story” framed explanation of the game’s significance to the couple. The puzzle, for example, was part of Sean’s sweet proposal plan — the ending piece of a scavenger hunt with the all-important question written on the back.

Meredith agrees that themes can be a big help when planning a wedding. “I don’t think it’s for everyone,” she says. “But I think the reason it made it easier for me is because I was satisfying my need to be different. I think it’s always easier to just stick with what makes you happy.” 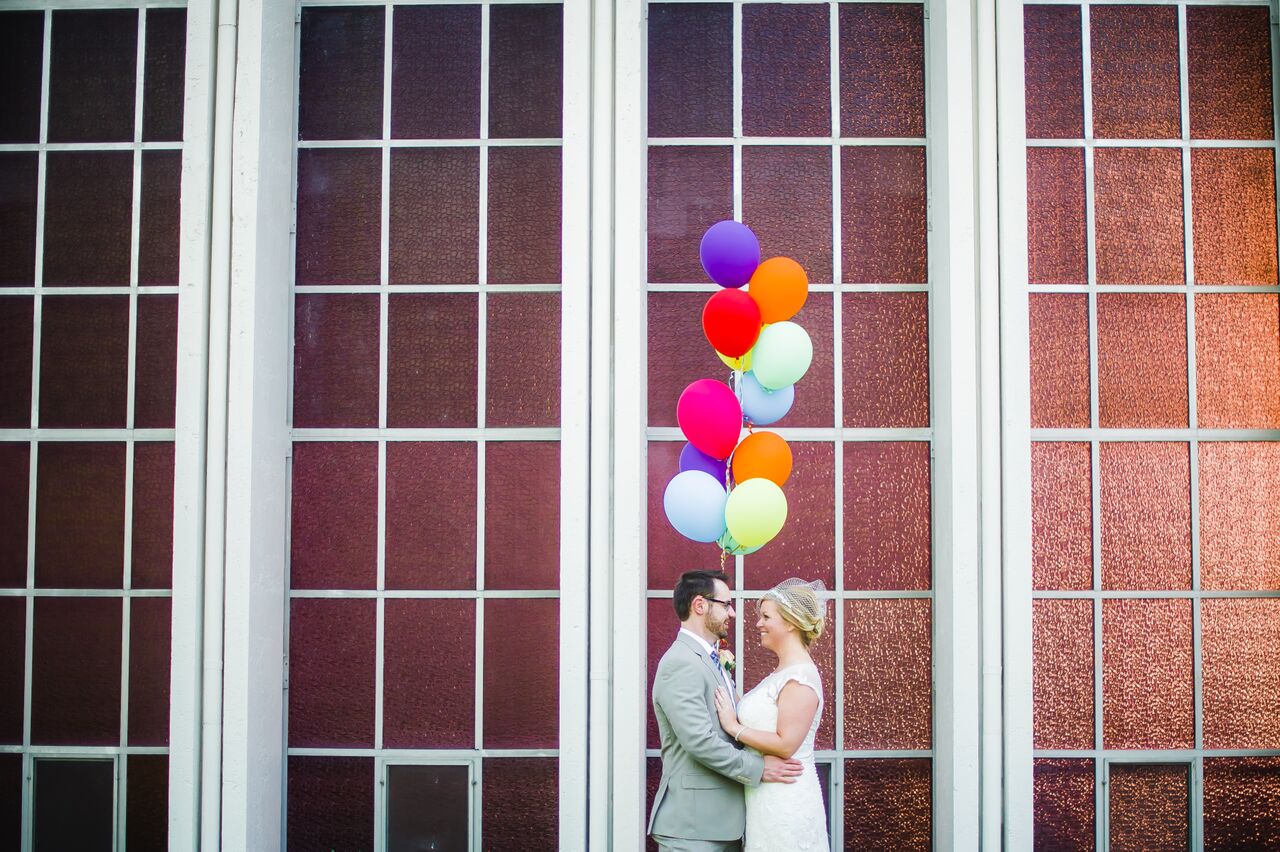