Theirs was a Starry-Eyed Pittsburgh Romance

John Brashear dedicated his life to science — and his wife, Phoebe. 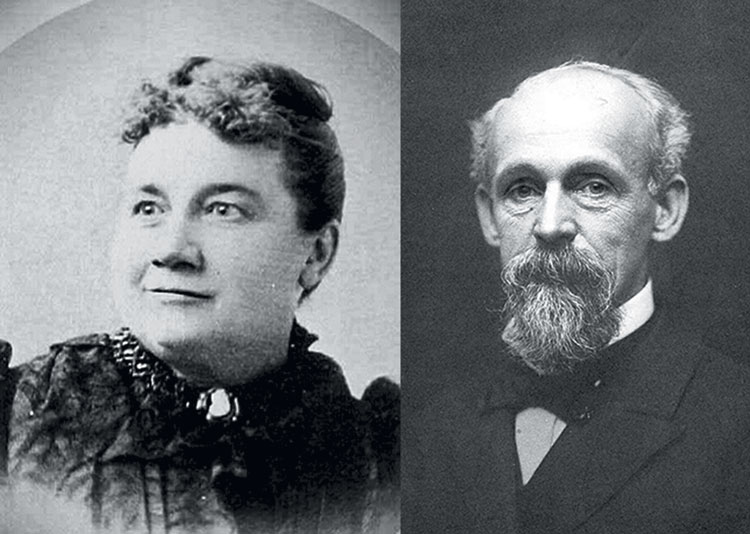 In 1861, a 21-year-old worker from Brownsville, Fayette County (who described himself as “a greasy millwright or passable mechanic”) became the leader of his church choir. There, the man — who spent his days toiling at the Zug & Painter steel rolling mill on the South Side — met an 18-year-old Sunday School teacher. He later wrote, “An affection between us soon ripened into love, a love which abideth.”

His name was John Brashear. Hers was Phoebe Stewart.

After a year of courtship, they were secretly married; her father didn’t approve. The union was soon exposed when Phoebe’s mother caught them kissing in the kitchen.

Lots of Pittsburghers know the name Brashear because of the high school in Beechview; there’s also the nonprofit Brashear Association on the South Side. Both are named in honor of John, who held a passion for astronomy — he especially enjoyed looking through telescopes, observing the rings of Saturn. He shared this enthusiasm with his wife; after they built a house together on the South Side, they ordered some glass and started making a 5-inch lens for a homemade telescope.

John wrote about their after-dinner work in his autobiography: “One evening when I had one of the surfaces in pretty good shape to be polished — and by the way, I made the grinding and polishing tools myself — I had the misfortune to drop the crown lens. It broke in two pieces, and broke my heart, as well as my wife’s, in a good many hundred pieces!”

But they persevered; Phoebe never let him stop. They made another lens and shared their work with Samuel Pierpont Langley at the Allegheny Observatory. His encouragement led them to try to make a reflecting telescope with a 12-inch reflector. While adding silver to this project, the mirror cracked. John later wrote, “Our joy was soon turned to sorrow, to grief, to keen disappointment that never could be described in words.” But when he returned home from work the next day, Phoebe had prepped the workshop to begin again.

John wrote, “The memory of that moment, filled with the love and confidence of one who was more than life to me, I can never forget.”

Brashear would eventually distinguish himself as one of America’s great telescope makers, a scientist and teacher of great renown. After serving as director of the Allegheny Observatory from 1898 to 1900, he became acting chancellor of the Western University of Pennsylvania (now the University of Pittsburgh) and a trustee of the Carnegie Institute of Technology (now Carnegie Mellon University).

When John thought back on his life, he wrote, “I can never overestimate the value of the helping hand, the devotion and self-sacrifice of my wife. Any little success I may have attained either in my mechanical or purely scientific work, I owe in large measure to her.”

Phoebe passed away in 1910, 10 years before John, but their ashes are entombed together in a crypt at the base of the Keeler telescope at the Allegheny Observatory. A plaque serves as their unusual tombstone, complete with a beautiful epitaph: “We have loved the stars too fondly to be fearful of the night.”

This article appears in the February 2019 issue of Pittsburgh Magazine.
Categories: Rick Sebak