Life in prison doesn’t exactly inspire creativity or story-drafting. Fortunately, Sarah Shotland came up with Words Without Walls, which teaches inmates how to perfect their writing. 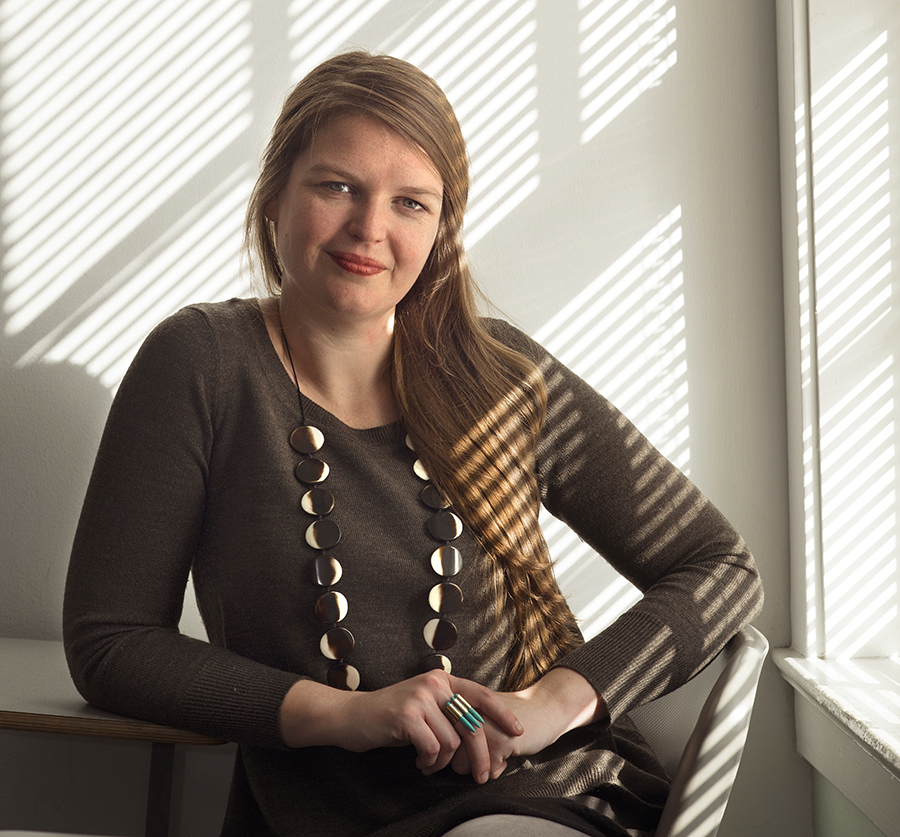 Sarah Shotland casts a wide net. Originally from Texas, she’s a produced playwright, a published writer and a veteran instructor. Shotland has an apartment in Friendship, but she’s lived in such varied places as New Orleans, Spain and China. She recently earned her MFA in writing at Chatham University, and an agent is shopping her novel to publishers.

Meanwhile, Shotland is program coordinator for Words Without Walls, a free writing workshop for the inmates at the Allegheny County Jail. Shotland helped create the initiative and has taught classes since day one.

How did the idea come about to teach writing at the Allegheny County Jail?
I worked for a dropout recovery high school in Austin, Texas. I did a theater program with them, and had the best time working with the kids. When I got to Chatham, I definitely wanted to do more of that work — but I also wanted to reach out to those kids as they became adults. I knew that Sheryl [St. Germaine, director of the Chatham MFA program,] had wanted to do a program like this. She had taught in a prison, and I knew she would be sympathetic to that idea. It was just serendipitous. They had a program at the jail that was ending. They wanted to continue it, and we were right there to pick it up.

How has this experience affected you?
First and foremost, as a writer. I get to hear great stories. That’s a selfish reason, but I’m always looking for a great story and great voices to mimic. And every person has at least one great story: how he or she got there. I get a lot of inspiration. But I also get to see how something I love can impact people. It’s a very concrete way to make art intersect with the community. It’s great to get published and have an audience, but none of us wanted to become writers because we thought it was a way to make a living; it’s because we got some personal satisfaction, at [age] 9 or 10, writing in our rooms.

What’s been your greatest success with the program?
I think [it’s] when a student is released, and they keep in touch — and keep writing and make it a part of their lives outside of jail. We have a weekly community-writing workshop at Chatham — which was designed for people who were going to be released — but it’s open to anyone in Pittsburgh who wants to write and share their writing. And, throughout the last two years, we’ve probably had about 20 people who have come to that, who have been released. And I just love seeing them there. I love seeing them in real clothes. I love seeing them as they actually are in the world, and being confident enough to come into a room of strangers on a college campus on a Saturday morning and say, “Hey, I wrote this poem last night, and I really want someone else to hear it.”

What’s your novel about? And what has its life cycle been like thus far?
It is a coming-of-age story about a girl in pre-Katrina New Orleans, and the novel ends two days before [the storm]. It’s about home, family and addiction — and New Orleans culture in general. I started writing it in 2005, right after I had experienced Katrina, and I worked on it until I got to Chatham in 2009. Then I finished it for my thesis.

How has your Pittsburgh experience been?
I’ve been so pleasantly surprised by Pittsburgh. It has exceeded every expectation I had. I never thought when I moved here for school that I would stay even a day after [graduation]. [But] I totally see it as a place I could stay [longterm]. It’s great to live in a place where you can have an idea and there aren’t 10 people doing it already — and the people who are interested will help you do it. Words Without Walls is definitely an example of that. Aside from the fact that it snows in April, I pretty much have no complaints.

So when are you going to write the Great Pittsburgh Novel?
I think that’s been done already. *laughs*

This article appears in the May 2013 issue of Pittsburgh Magazine.
Categories: Community Feature