Danielle Crumrine wants everyone to realize the economic, social, and health benefits that trees provide. 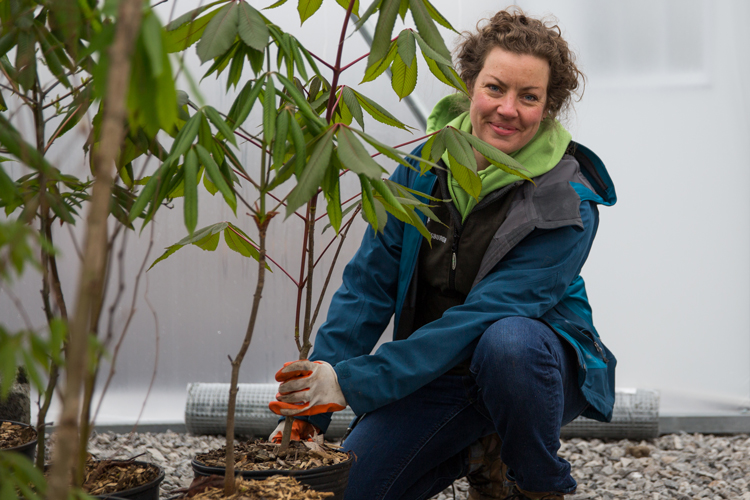 Early in Danielle Crumrine’s life, she faced a contradiction. The native of Washington County spent time on her grandmother’s 1,200-acre farm outside of Waynesburg in neighboring Greene County; at the time, the local ecology was damaged by the impact of industry.

“I saw the streams turn orange [from acid mine drainage]. I saw streams disappear,” she remembers. On the other hand, her grandmother was a former coal miner. “It was this interesting balance I always had to have — seeing this destructive industry that my family was so tied to.”

Now, there’s another contradiction in her life: She’s become so successful in working for environmental causes that she doesn’t have enough time to get outside.

As executive director of Lawrenceville-based Tree Pittsburgh, an organization dedicated to developing Pittsburgh’s urban forest, she spends her days managing, fundraising and “pounding on the mayor’s door — he’s a tree lover.”

Of course, that means less time with the trees themselves. “I miss all the fieldwork I used to do,” Crumrine says. “I have guilt about it, to an extent — because I see how hard my staff works … I’m not as tan as they are.” (She does serve as a crew leader on some plantings each season.) 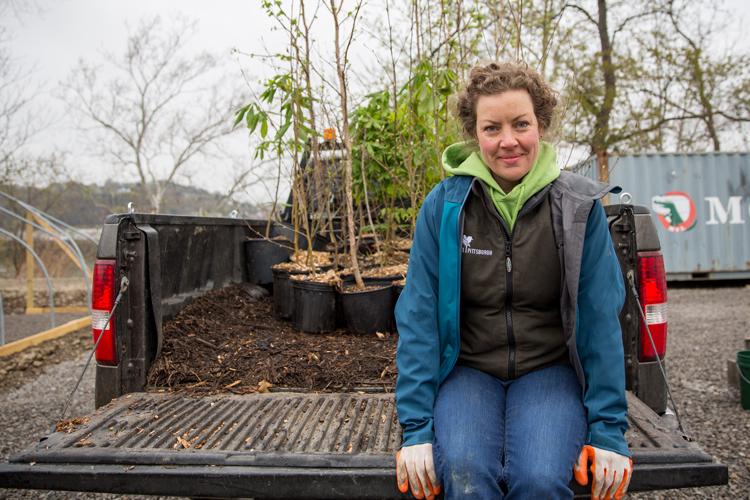 After spearheading a South Side cleanup project in 2000 while working for AmeriCorps, Crumrine was tapped to serve as board president for Allegheny CleanWays at age 22. She became that organization’s director three years later; she took the job at Tree Pittsburgh in 2007.

Though Pittsburgh has a relatively high amount of tree canopy (42 percent of the city, according to National Geographic), there are neighborhood-to-neighborhood discrepancies, Crumrine says; much of that green space is concentrated in areas such as the city parks.

“Our vision is to have a robust and healthy urban forest,” she says, “so that everyone can realize the economic, the social, the health benefits that trees provide — and in a city like Pittsburgh, with major air-quality issues, this is particularly important.”

This article appears in the June 2015 issue of Pittsburgh Magazine.
Categories: Business