Restaurant wine experts help to break down stereotypes associated with their profession. 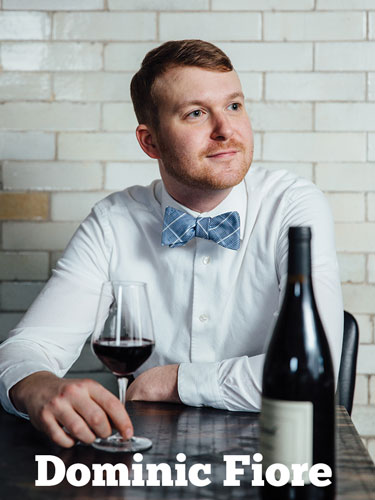 Dominic Fiore, the effusive, blue-eyed sommelier at Bar Marco in the Strip District, occasionally gets so excited while discussing wine that he sounds as though he’s running out of breath.

Alyssa McGrath, the beverage director at Casbah in Shadyside, is a service-industry veteran who fell in love with bartending before she became enamored with the Valle D’Aosta.

John Wabeck, general manager at Spoon in East Liberty, is a walking encyclopedia of wine knowledge. To many in the industry he’s the godfather of the contemporary Pittsburgh wine scene.

“He has elevated the sommelier and the wine industry in Pittsburgh with his presence here,” McGrath says. “I wouldn’t be where I am now without him.”

Since 1977 the dominant governing body for wine standards and education has been the Court of Master Sommeliers. The organization, based in England and Napa, has four tiers of training and certification: an introduction course, a certification course, an advanced course and a masters course. Test-takers get their feet wet in the first tier; after passing the second, they can officially refer to themselves as ‘sommelier.’ The advanced and master sommelier tests expand on three primary testing factors: blind tastings, wine theory and service.

​Fiore describes the test as exceptionally difficult, largely because it is “always evolving.”

Fiore and McGrath are part of a rotating band of wine enthusiasts who meet weekly for tasting sessions at Wabeck’s house in Morningside. The Sunday Sessions — the unofficial name — are designed to broaden the palates of sommeliers along with testing their knowledge.

“It is intense. It is not playtime,” says Wabeck. “You want to share as much of your knowledge to someone else. And that’s what happens on Sunday.”
Wabeck was close to becoming a master sommelier, needing only to pass the service portion of the exam to earn the title. As time elapsed, however, he has been reset at the masters level and now must again pass all three facets of the final exam. 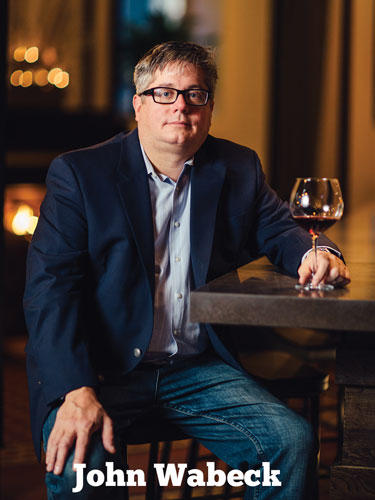 Many frequent and former guests say these Sunday Sessions are what helped to fuel their enthusiasm and desire to become better sommeliers. Ska music blares over Wabeck’s speakers, his dogs bark up a storm and vintage Bordeauxs are poured in bulk.

“I think it is hard for new people that haven’t been doing it much themselves unless they have someone as a sponsor encouraging them, like ‘Hey it is going to suck. You’re not going to get anything right for however long.’ But you like this and you want to learn more about this, and that’s why you’re here,” says Spoon restaurant manager Elise Ramirez Sloan.

“It is not just getting together on Sundays. We seek each other out — the community of people helping each other out,” Ramirez Sloan said.

During these gatherings, the roots of Pittsburgh’s wine scene took hold.

“Wine should be fun. It takes special people to be able to put it under a microscope all the time and still find the romance in it,” Fiore says.

Less than 230 people worldwide — with 150 of them in the United States, and none in Pittsburgh — have earned the right to call themselves master sommeliers.

While Wabeck still aims to complete the exam — if he passes he’d be the first in Pittsburgh to do so —  his candid opinions about the wine culture shine through his personal aspirations. For him, the title sommelier sounds “pretentious.”

“It is very convoluted. [The court says] once you pass the second level of the course you can call yourself a certified sommelier,” he says. “Wine brings out a lot of [obnoxious attitude]— I don’t know of another thing in the world that does — because everyone knows more than the next guy.”

For some restaurants, having a certified sommelier on staff is not only a complimentary piece to the establishment but essential.

“You pick a restaurant based on its reputation, and you trust them that they’re going to provide something that you don’t know,” says John Gratner, a Pittsburgh account manager at The Wine Merchant, Ltd, a Philadelphia-based distributor of high-end wines.

​Gratner isn’t certified by the Court of Master Sommeliers, but he has worked in the industry for more than two decades and is Level Three-certified by the Wine & Spirit Education Trust. To him it would be a useful “calling card.”

“[Court certification] gives you access to those that are higher up and the respect of those who are not [particuarly in the restaurant industry]. It’s not much different than a master’s degree in something,” he says.

A properly trained sommelier can elevate a diner’s experience by educating diners on the finer points of pairings. This is knowledge diners can use long after their meal ends.
“I don’t know if it’s paramount, but in a way it is. If you want to have a serious wine program, you need someone whose sole focus is the wine program,” Fiore says. “Without a properly trained staff, your wine list is just a list of wines.”

Wine still can be intimidating to many consumers. Many diners never grew up drinking wine, never understanding the semantic distinction between a Sangiovese and a Chianti (the former is the grape varietal and the latter is the region).

So it is understandable why many diners will forego the possibility of looking bashful based on a lack of wine knowledge and instead take a detour towards a more familiar beverage.

It is something Fiore refers to as “wine anxiety.” To him, the job of a resident wine expert is to explain the wine list, the wines and make the experience “approachable.”

“Nobody goes to Carnegie Museum and looks at art and [says] ‘I don’t know anything about this painting, I can’t enjoy this painting.’ Since why do people feel this guilt they should know more about wine? It drives me insane,” he says.

“Wine should be fun and enjoyable and not intimidating at all,” Ramirez Sloan says.

In many ways the Sunday Sessions’ communal approach to the tasting exam is what erodes the court’s reputation as a blue-blood institution. They humanize and inject a little fun into a serious endeavor.

It is the logical line of progression for the service industry in Pittsburgh, which in recent years has broken into the national food scene, albeit in the shadows of larger national powerhouses such as New York City, San Francisco and Chicago.

The people who flood into Wabeck’s home on Sundays are creating a reputation for wine that pushes and complements the exploding culinary scene in the city.