The Beijing Olympics promise to be one-of-a-kind, but Pittsburgh can take partial credit for Beijing reaching new heights. 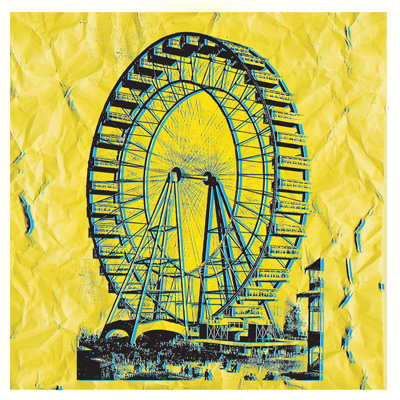 Amid controversy, political intrigue and fascinating redevelopment surrounding this year’s Olympics in Beijing, Pittsburghers might feel a little left out—have we contributed nothing? Rest assured, friends, the answer is, “Of course we have!”

Pan to a time in the not-too-distant future and imagine an enormous Ferris Wheel looming over the Olympic tennis courts in Beijing. It will be the largest ride of this type ever built (each car will hold 40 people, and it’s expected to be more than 682 feet high).

Now, to the local connection: Ever hear of George G.W. Ferris? He founded G.W.G. Ferris & Co. in 1880 in Pittsburgh, where he invented—you guessed it—the Ferris Wheel. That giant, revolving observatory was conceived and built for the 1893 Chicago World’s Columbian Exposition (to surpass the Eiffel Tower’s debut at the 1889 Paris International Exposition).

Since then, the Ferris Wheel has evolved into both an enjoyable ride for those without elevation-related fears and a monumental status symbol. In 2000, when the London Eye was unveiled as the tallest Ferris Wheel in the world (at nearly 443 feet high), it became a focus for one-upmanship for cities and countries that craved attention. Everyone wanted one. A huge one. So companies (and most notably the Great Wheel Corp., with headquarters in Singapore) began bidding, planning and building.

After the London Eye, the Star of Nanchang was constructed in China’s Jiangxi province at nearly 525 feet tall. Completion of the Singapore Flyer followed at nearly 607 feet—the world’s tallest. But not for long. Beijing is next with its Great Wheel, and though it won’t be completed for this year’s Games, it will be the largest Ferris Wheel ever constructed, and Pittsburgh’s connection to perhaps the biggest athletic event of the new millennium.

This article appears in the August 2008 issue of Pittsburgh Magazine.
Categories: Sports