The Wedding Guests of Honor Who Stole The Show

These four-legged friends made the guest list — and stole the spotlight. 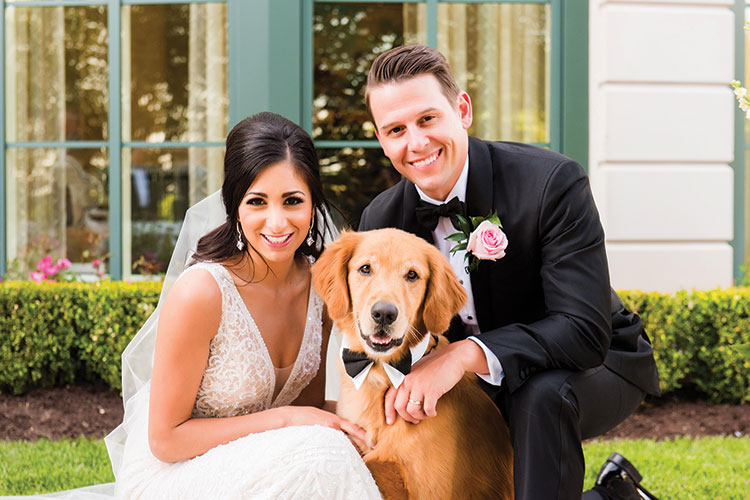 Lena Biafora and Joey Horrigan adopted Brody, a Golden Retriever, from Safari Goldens in West Virginia when he was 8 weeks old. “We do everything with Brody and could not imagine him not being a part of our special day,” says Lena. Before joining the couple for their wedding on June 10, at Nemacolin Woodlands Resort, Brody, 4, was treated to a spa day at Nemacolin Wooflands after some much needed playtime. 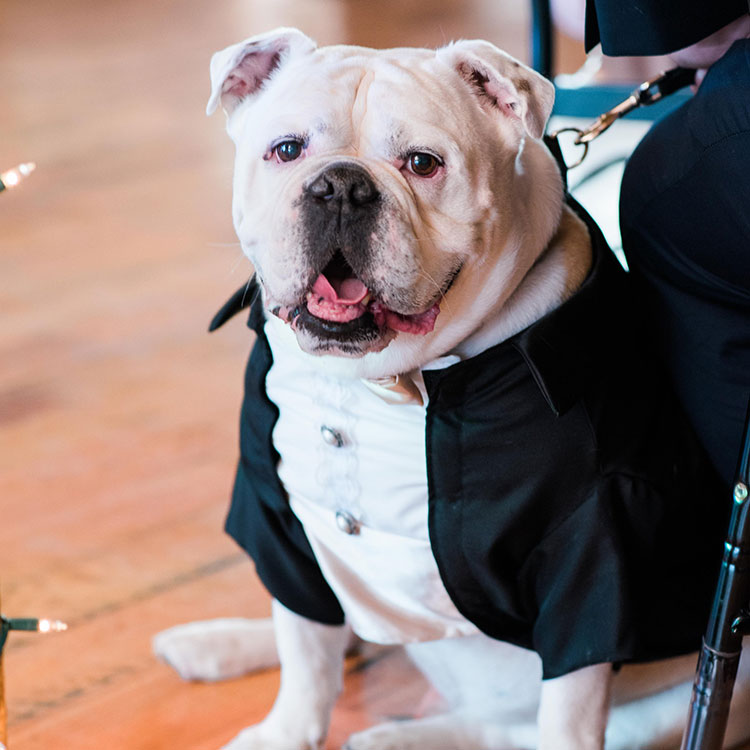 After his friend’s son was diagnosed with cancer and could not be around animals, Frederick Latini III adopted the boy’s bulldog, Dozer. Since then, the two have been inseparable, enjoying everything from car rides to camping trips with each other. “Ever since I met my husband, Dozer has been his sidekick,” says Casey Blendinger, who wed Frederick on Aug. 26. “It wasn’t an option; he was going to be a part of our wedding.” Dozer, 10, walked down the aisle at the ceremony at White Barn in Prospect wearing a black-and-white tuxedo and top hat. Afterward, Dozer stuck around for the reception and even joined guests in dancing to “Who Let the Dogs Out.” “You could say he probably stole the day with his charming looks and personality,” says Casey. “After pictures, he was just too cute and people-friendly that we couldn’t help but just keep him there for the entire reception.” 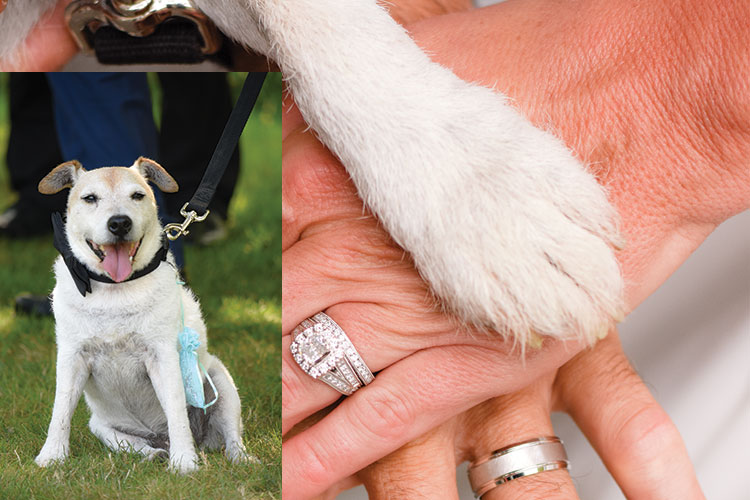 photo by B. Franks Photography

Newton, a Jack Russell Terrier, had been Joshua Milan’s best friend since the day he was adopted. They do everything together, including first dates. When Josh invited Kary Coleman on a walk around Twin Lakes Park in Greensburg, Newton tagged along. “Newton has been an integral part of our ‘couple life’ each day after,” says Kary. “I learned much later in the relationship that my husband used Newton to ‘test’ me. If Newton approved of me, Josh knew I was a winner.” The couple chose a pet-friendly venue, Green Gables in Jennerstown, for their Aug. 11 wedding because they could not imagine their special day without their key player. Newton, 11, served as the ring bearer, walking down the aisle to “Who Let the Dogs Out” with the wedding rings attached to his collar.

This article appears in the February 2018 issue of Weddings.
Categories: Bridal Buzz