The University of Pittsburgh Biology Lab is Buzzing 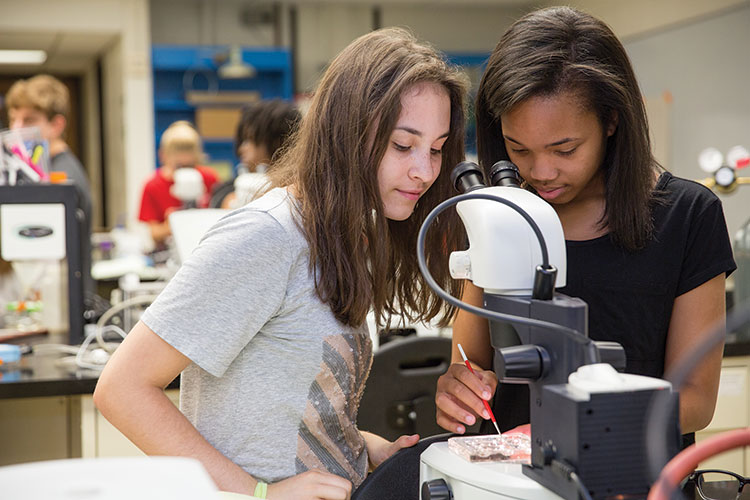 As a group of scientists collect data and discuss their findings from the past four weeks. The group has been investigating a gene that may be causing neuronal diseases and recently presented their findings to a packed room of researchers and professors.

But these scientists aren’t seasoned professionals or PhD students, as their 40-hour weeks and advanced workload suggests. In fact, they’re not even in college yet. They’re high schoolers participating in Pitt’s highly competitive Gene Team High School to College Program for Urban Youth.

The Gene Team, which is funded by the Grable Foundation and the Department of Biological Sciences in the Kenneth P. Dietrich School of Arts and Sciences, offers Pittsburgh Public School students a chance to work on a real study in Pitt’s biology department. Dr. Alison Slinskey Legg, one of the program’s creators and instructors, says the students learn about developmental biology and genetics and start each day with a graduate-level warm-up question.

“They are phenomenal,” Dr. Slinskey Legg says of the students. “There are no shortage of scientists here who want the Gene Team to work on their projects for part of the summer.”

While professors are eager to work with the Gene Team, many of the students were unsure they could handle the rigorous program. After weeks in the lab, though, their confidence grew.

“At school, I’m that kid who doesn’t ask questions because I’m shy,” says Sabina. “But here you have to ask questions, and if you know the answer you say it.”

“I was very nervous coming in. I didn’t think I was smart enough to handle it,” says Gene Team member Brielle. “I’m proud to know I could accomplish something like this.”

Dr. Slinskey Legg points out that this personal growth is as noteworthy as the students’ impressive academic achievements.

“The thing I like most about this program is that it really changes the perception of what high school students are able to accomplish,” she says. “If you push them and support them, they can achieve anything.”