Heidi Latsky and her troupe bring 'GIMP', a modern-dance production, to Pittsburgh in hopes of shattering preconceived notions. 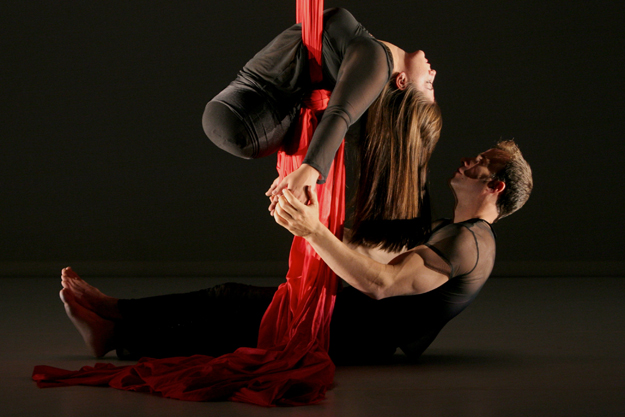 Beauty—as the cliché goes—is in the eye of the beholder. Heidi Latsky, artistic director of Heidi Latsky Dance, upends perceptions of beauty via GIMP (2008), an 80-minute, multimedia modern-dance production crafted around the uniqueness of performers with disabilities and the capabilities of professional dancers.

“I’m drawn to people who are truthful in expressing themselves,” says the New York-based choreographer who finds vulnerability and technical virtuosity equally enthralling. “I want to see the human being who is moving—to feel their fleeting emotions that respond to and inform the movements they’re executing.”

When an online video clip of GIMP, which explores voyeurism from both sides of the footlights, caught Kristy Trautmannn’s attention, the executive director of FISA Foundation immediately knew the Pittsburgh-based granting organization had found a vehicle to celebrate its centennial and underscore its mission. “I was struck by the artfulness of Latsky’s powerful, sexual and impactful choreography,” which embraces “dancers of all abilities and bodies,” says Trautmann, whose organization assists women, girls and the disabled.

Latsky, who is referred to as a “disabled rights speaker,” enthuses about the upcoming performance, which includes master classes, workshops and a local community-based presentation. “GIMP’s visual representation of diversity and inclusion makes it a good fundraiser [for FISA],” she says. “I love Pittsburgh, and I’m happy to be coming."

The native of Montreal, Quebec, prefaced her dance career by earning a degree in psychology. “I came into dance—at 19—for the joyous, physical experience of it. Joining the Bill T. Jones/Arnie Zane Dance Co. in 1987 helped me learn so much as an artist,” says the former principal dancer, who performed alongside castmates with nontraditional body types and later teamed with Lawrence Goldhuber, a Jones/Zane alumnus of contrasting physical proportions. In 2006, an independent choreography commission introduced her to interdisciplinary artist Lisa Bufano, a bilateral amputee.

“I was blown away by Lisa’s fierceness and vulnerability. She became my muse,” says Latsky. The success of Five Open Mouths shifted her artistic focus and led to Two Men Walking (2007), an eight-minute male duet inspired by the adducted gait of a tall, lean, charismatic performer with cerebral palsy and the compact, muscular body of a professional dancer. “Two Men Walking is my favorite piece and it was the genesis of GIMP,” Latsky says. 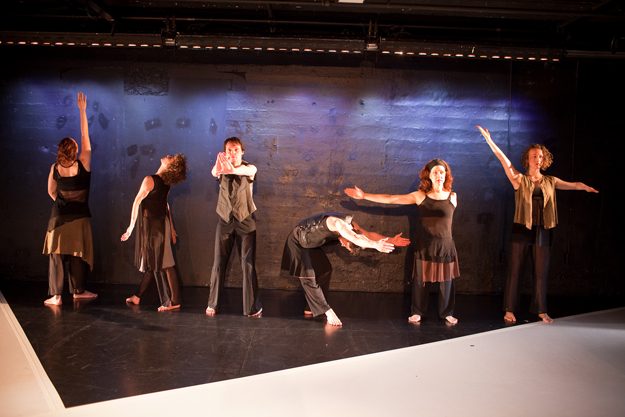 Created for a main cast of six—three professionally trained dancers (including Latsky) and three performers with disabilities—GIMP draws from a technical and gestural movement base, developed through in-studio experimentation and observations, plus by applying methods Latsky uses to coach actors.

As part of the creative process, Latsky occasionally asked participants to write stories about significant moments in their lives, a technique she learned from Jones. One woman’s intense anger surfaced, as did her vulnerability. “I decided to draw on that vulnerability,” she says. “So much of what I do is intuitive.”

“Heidi wants performers to show themselves, to see the person hiding behind the technique,” says Jeffrey Freeze, who joined Latsky’s troupe in 2003 and currently serves as the company’s associate director. “Because of mobility issues, dancers with disabilities must be committed and focused. Trained dancers need to relearn how to dance, as intense technical training strips away their humanity.”

The production process was new and inherently risky for the nonprofessional performers, but Latsky underscores that it was a shared experience. “Those with disabilities who came to work with us are gutsy and have a willingness to get out onstage,” she says.

Since 2008, the production has undergone cast changes and revisions. A workshop yielded “a gorgeous performer on crutches who brings a different element to GIMP,” she says. Through a contact, Latsky met a disabled aerialist from Florida, who (with a partner) works with silks. “I thought this would be amazing as a prologue for GIMP,” she says.

This article appears in the October 2011 issue of Pittsburgh Magazine.
Categories: Arts & Entertainment, Things To Do