The latest outpost of the popular local chain is housed in the former Verde space in Garfield. 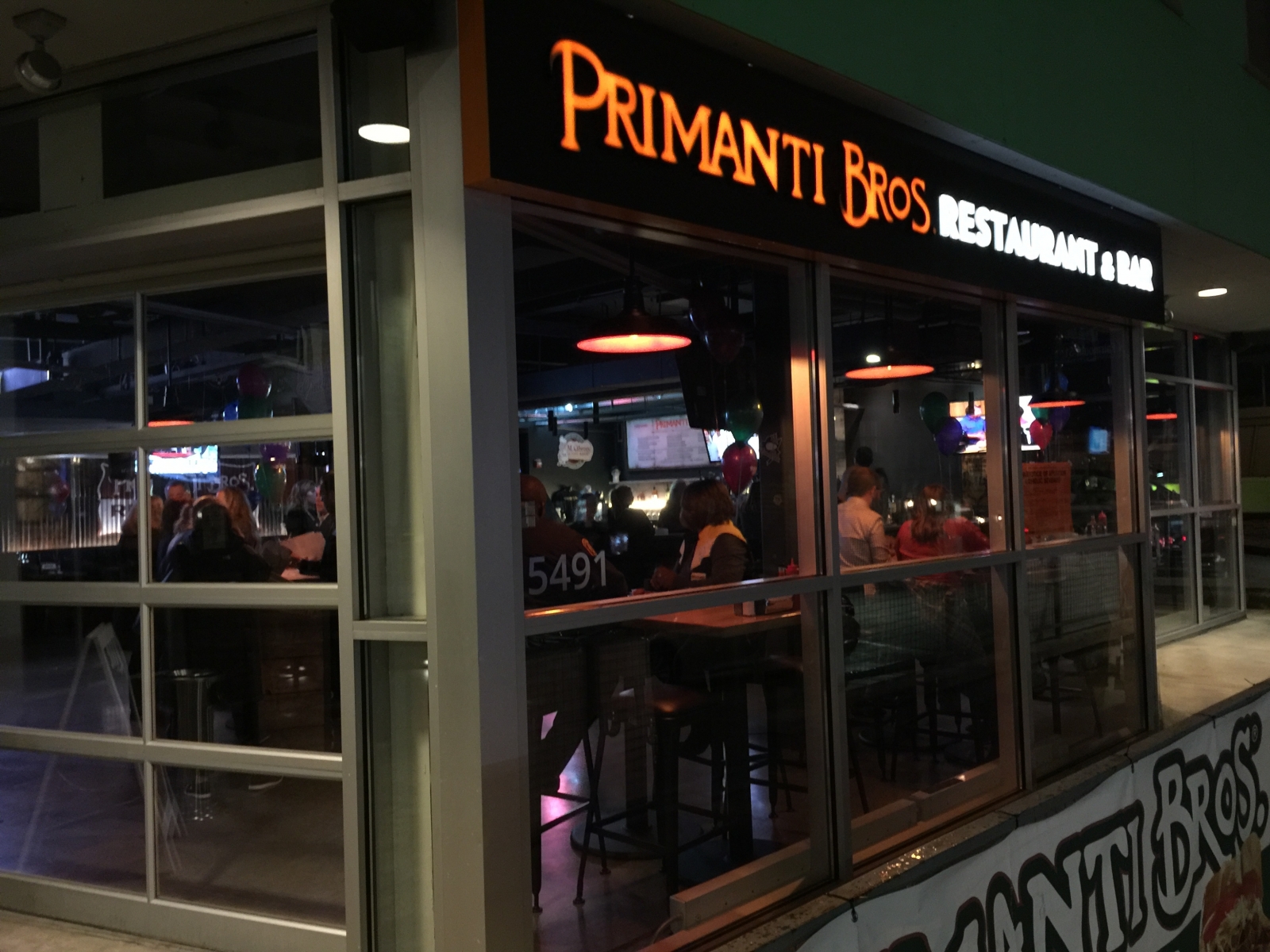 There are many adjectives one could attach to the stalwart chain of distinctly ’Burghian comfort food; “hip” is not usually among them. Yet Primanti Bros. opted to open their 15th freestanding local restaurant in the Garfield location formerly home to Verde and Prairie.

It’s an odd spot for the chain. Primanti’s urban locations — such as the Strip District original and those found in Market Square and the South Side — are longstanding institutions weaved seamlessly into the city’s fabric; their suburban outposts, almost a different beast altogether, are improvements on the general sports-bar model.

Yet in Garfield, glass windows and patio seating make the place look more like a gastropub aiming for trendy than a no-frills Steel City classic.

The offerings, of course, are similar to those of a suburban Primanti’s location; the familiar board of sandwiches adorns the walls, and the rest of the menu is rounded out by the pub-grub staples typical of the chain’s suburban (and out-of-state) locations. And while some decry the Primanti’s sandwich, I’m not among them; at least a few times a year, I feel the urge to fill up (for the day) with a hulking, topping-shedding creation.

A solid draft list is appropriately local in its focus, with offerings from East End, Full Pint, Church Brew Works and Hitchhiker Brewing. I would’ve liked to see more local bottles at such a proudly Pittsburgh joint — only I.C. Light on that list — but one should stick to the taps at Primanti’s anyway, so no harm there.

I must issue an objection, however, with one particular segment of the cocktail menu. Like many similar establishments, Primanti’s is jumping on the tail end of a drink trend by offering a Moscow Mule menu. Fair enough … except that these are called “Manly Mules.”

You know, in case anyone out there was insecure enough to be threatened by the perceived femininity of a common cocktail. (Or is it an unwillingness to refer to the Russian capital for some reason? We may never know!)

Seeing as I’ve taken other establishments to task in this space for retrograde designations such as this, I can’t spare Primanti’s. To be clear: cocktails are beverages. They are primarily comprised of liquid. They have no gender. There are not boy drinks and girl drinks — and the idea that women enjoy certain types of alcohol and men enjoy others should stay back in the ’50s where it belongs. There’s no reason for this in 2017.

That bewildering bit of phraseology aside: The vibe at a self-consciously hip Primanti’s is a blend of sports-bar aesthetic and urban hangout. The lights are lower here than you’d expect, and the decision to preserve the existing structure brings the busy Penn Avenue feel through the doors. There’s also outdoor seating on hand for the warmer months.

It doesn’t offer much that other nearby stops don’t — except the sandwiches, of course — but I do think this latest breed of Primanti’s has its place. It may not be quite ideal as a sports bar, nor quite ideal as a chill urban pub. But it does a pretty decent job of being both those things at once.

In other words, if you have a party of six and three want to watch the game but three don’t care, it’ll serve you well.