Who needs blockbusters? There was plenty of excellent cinema in 2020, and you can stream most of the best at home right now. 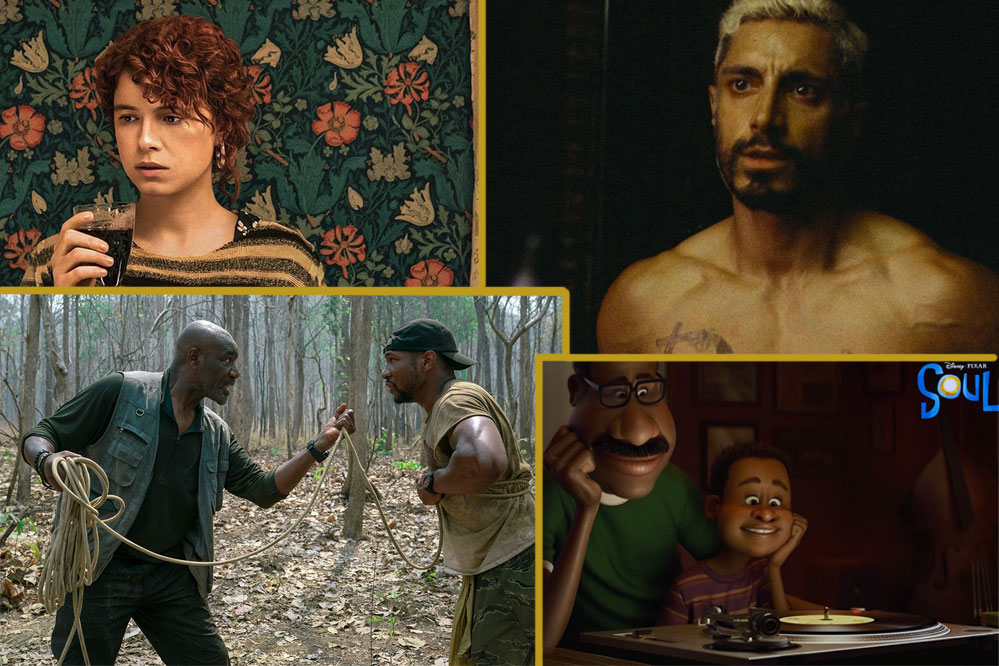 I’ve watched more movies this year than ever before. And for me, that’s saying something.

Long before I knew how high my tally would climb, I arbitrarily decided that 2020 would be the year I logged every movie I watched on Twitter. I began on Jan. 1 with the 1955 classic “Night of the Hunter.”

We all ended up with some time to fill this year.

I also tracked how many new releases I had seen — and despite the delay of nearly every major-studio release into 2021, those numbers are up, too. Not quite as much — of the 400+ total films, about 150 will be new releases — but still, there has been more than enough new content to keep me busy.

As silver linings go, it’s a small one. But it meant a great year of new movies — when we really, really needed something to watch. 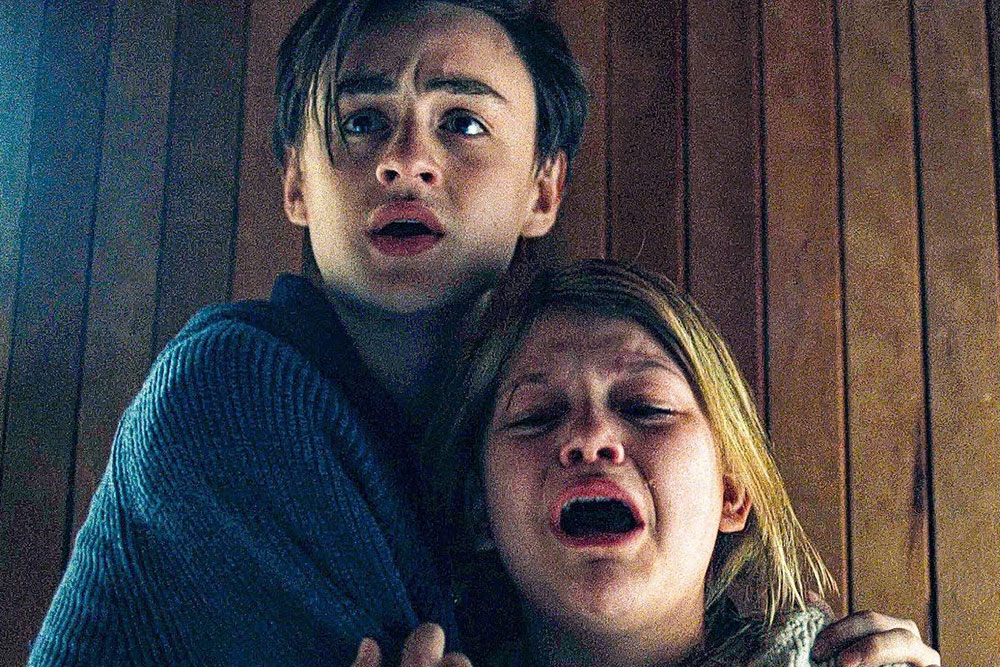 10 — “The Lodge”
Way back when all the theaters were open — in fact, this is the only entry in my Top 10 that primarily debuted in physical spaces — “The Lodge,” a gripping, wintry horror starring Riley Keough, quietly terrorized audiences. Combining shadows of classics such as “The Thing” and “The Shining” with a twisting, disorienting narrative, it’s the perfect movie for anyone looking to lean into the darkest part of the winter.

How to See It: Streaming now on Hulu. 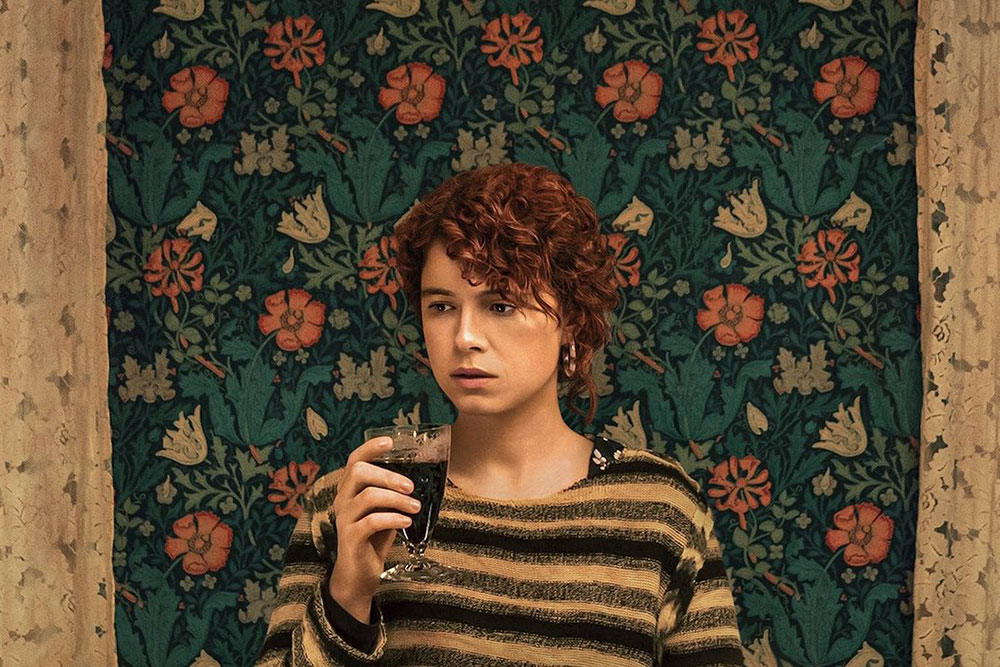 9 — “I’m Thinking of Ending Things”
The previous film directed by iconoclastic auteur Charlie Kaufman, 2015’s “Anomalisa,” was my No. 1 movie that year; while his delayed follow-up doesn’t quite rise as high on my list, it is just as bizarre and memorable. Concerning the surreal journey of a young woman heading upstate to meet her boyfriend’s family, “I’m Thinking of Ending Things” is disorienting, uncanny and even sometimes funny. Be forewarned that it won’t quite add up — or, rather, that trying to add it up is an exercise in futility. This one operates on dream logic. 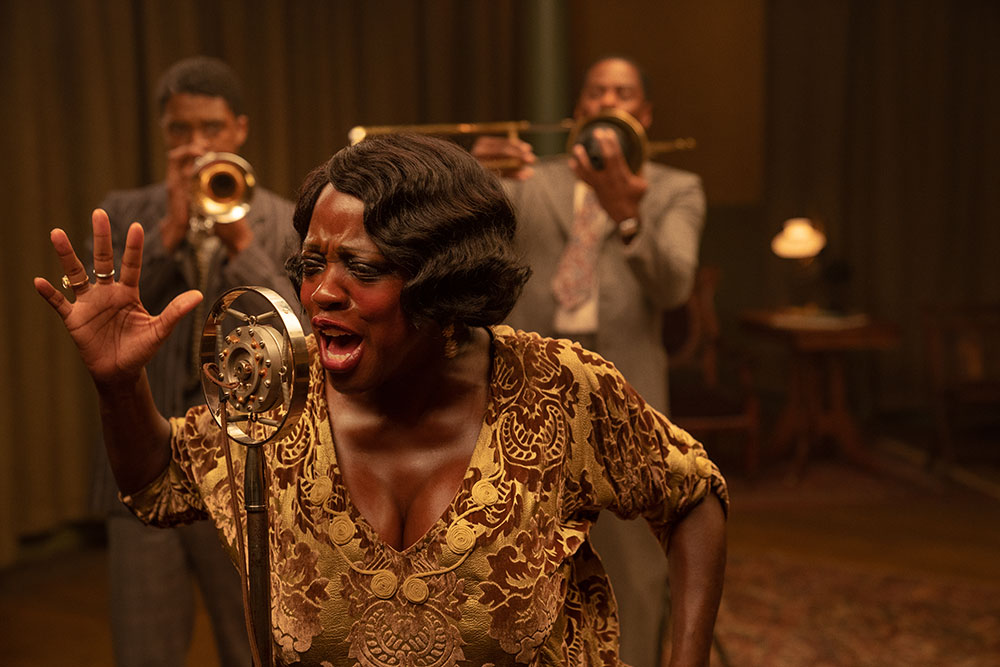 8 — “Ma Rainey’s Black Bottom”
Denzel Washington’s drive to produce adaptations of August Wilson’s Century Cycle — as in, each of the Pittsburgh native’s 10 best-known plays — began with an Oscar-winning, moving adaptation of “Fences.” It continues with “Ma Rainey’s Black Bottom,” an equally gripping adaptation of Wilson’s sweat-soaked tribute to the “Mother of the Blues,” played perfectly by Viola Davis. Sadly, that’s half the story when it comes to this adaptation; the other half is the indelible final performance by Chadwick Boseman, for which the actor will likely receive a posthumous Oscar. It’s not just the last performance of his too-brief career — it’s also the best. 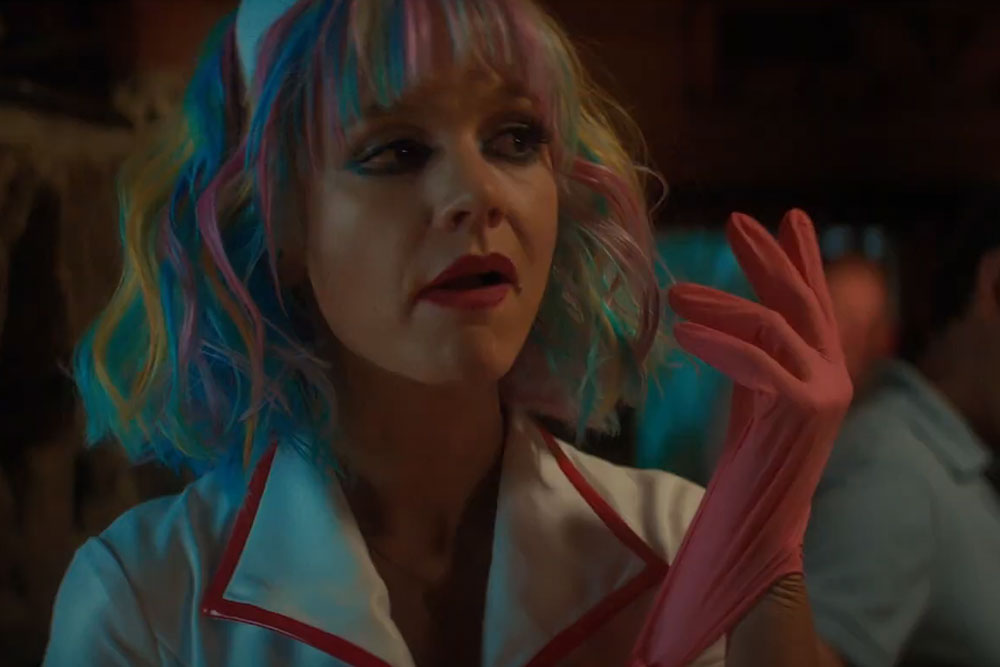 7 — “Promising Young Woman”
Admittedly, very few of the films on this year’s list could be called a good time — it’s 2020, after all. This one might be the most troubling: A pitch-dark tale of trauma and revenge, “Promising Young Woman” stars a career-best Carey Mulligan as a woman struggling with a decade-old sexual assault. There are elements of a stylish thriller in “Promising Young Woman,” as the feature debut from “Killing Eve” showrunner Emerald Fennell subverts genre almost entirely; its destination, however, is much darker. It’s a great movie. It will absolutely leave you feeling awful.

How to See It: While most theaters in our area and many nationwide are closed, “Promising Young Woman” will still debut where cinemas are open on Dec. 25. It is likely to appear on video-on-demand services a couple of weeks later, so look for it in mid-January. 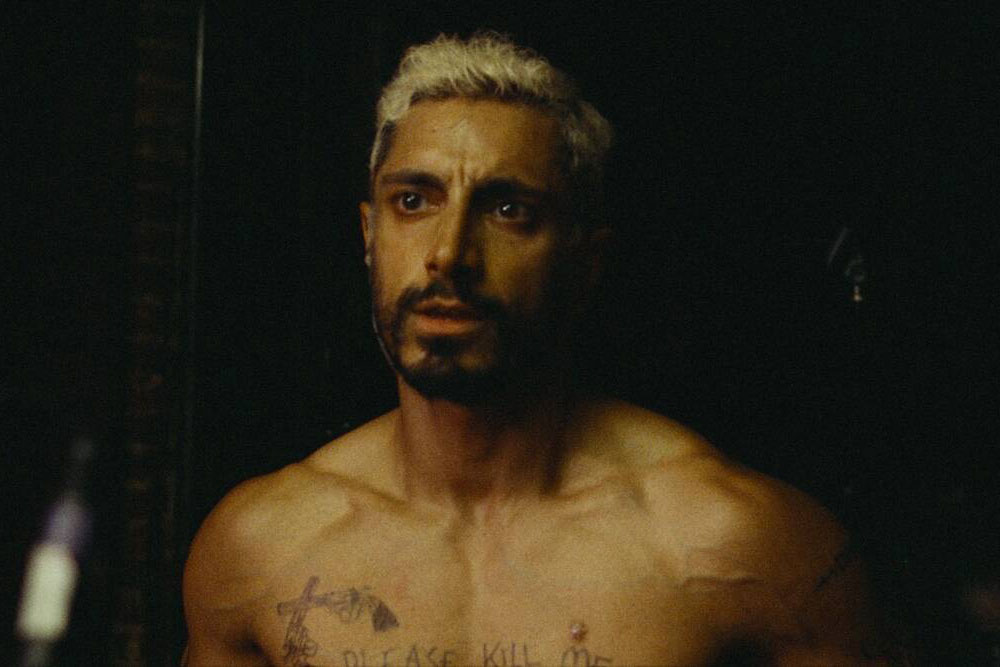 6 — “Sound of Metal”
Riz Ahmed (“The Night Of,” “Rogue One”) stars as a heavy-metal drummer whose hearing suddenly disappears. The sudden loss of sound is a nightmare for anyone, but for an itinerant musician whose entire life is structured around playing very loud percussion, it’s nearly insurmountable. “Sound of Metal” is a compassionate, empathetic take on a heartbreaking story, carried by a great lead performance. It wades into deep divisions within the deaf and hearing-impaired community, but more than that, it’s a deeply personal, specific tale.

How to See It: Streaming now on Amazon Prime. 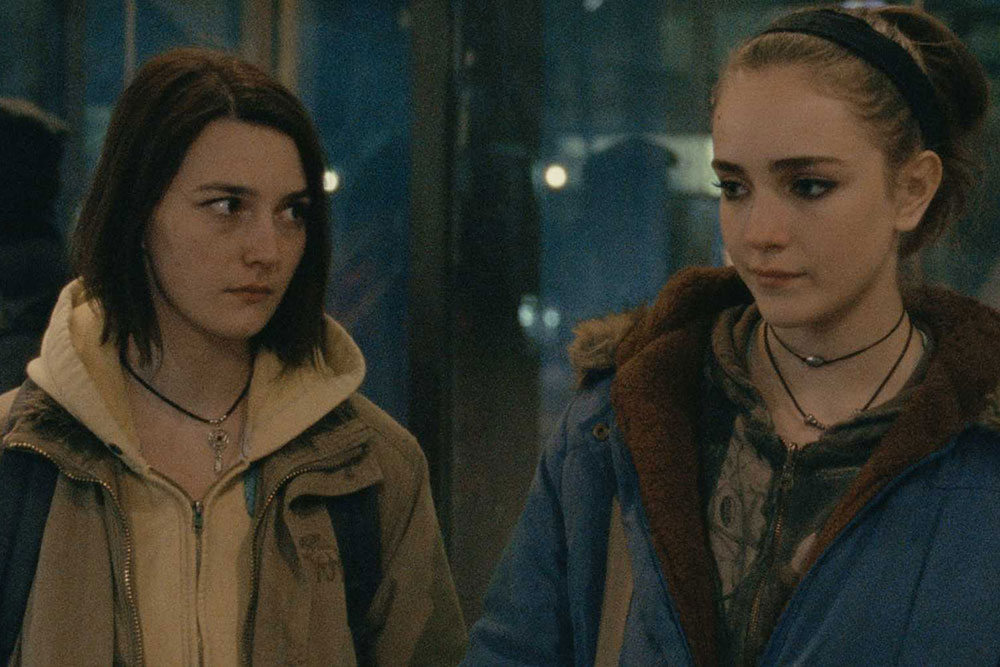 5 — “Never Rarely Sometimes Always”
Two very good movies with similar premises debuted this year. Both “Never Rarely Sometimes Always” and “Unpregnant” concern odd-couple teens on interstate journeys to legally terminate unwanted pregnancies; while both are worth your time (and “Unpregnant” is often very funny), the slight edge goes to the more dramatic of the pair. Star Sidney Flanigan, in a breakthrough turn, gives a wonderful, powerful performance; meanwhile, writer/director Eliza Hittman has announced herself as a remarkable talent, whose next film I’ll await eagerly.

How to See It: Streaming now on HBO Max. 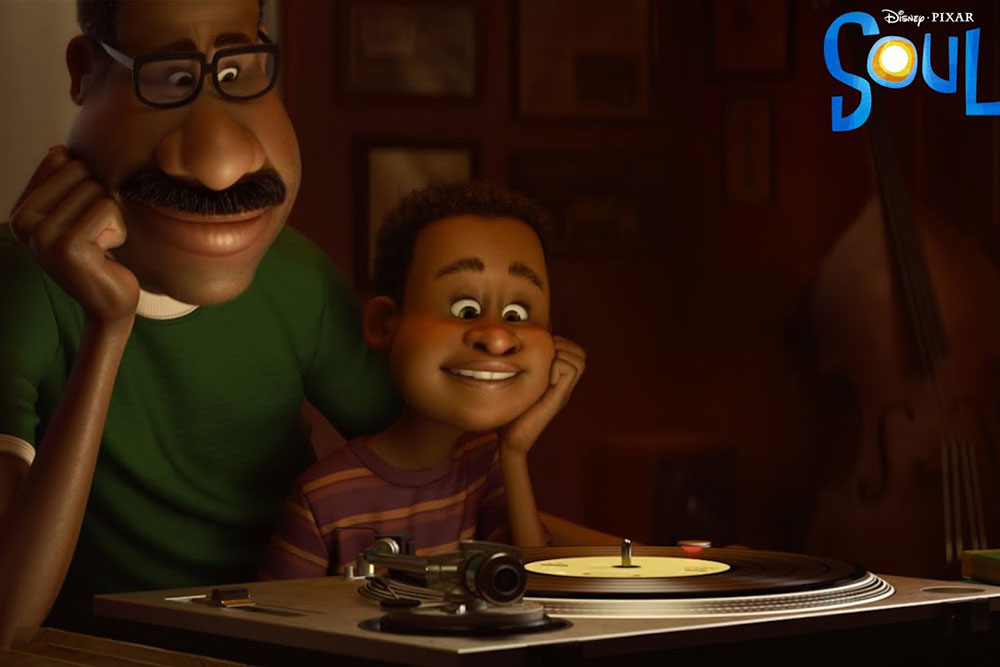 4 — “Soul”
It might be the best Pixar movie. I’m not willing to study that scientifically — re-watching the animation studio’s hits can be emotionally devastating — but I was as impressed with “Soul” as I was with modern classics including “Inside Out” and “Wall-E.” When a jazz musician, voiced by Jamie Foxx, dies suddenly on the eve of his big break, he embarks on a metaphysical quest to escape the great beyond and reclaim his life. The inventive visual language of the film is dazzling, the humor is real and the big questions — it’s Pixar, there are always big questions — have truly inspiring answers. 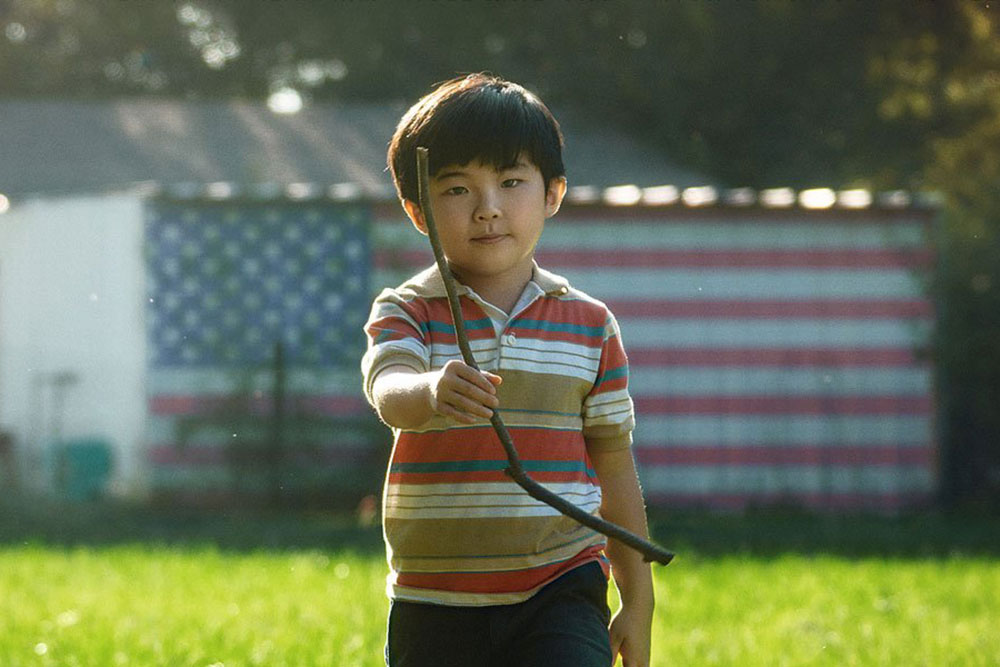 3 — “Minari”
A semi-autobiographical story from writer/director Lee Isaac Chung, “Minari” is a very timely rewriting of the American dream. When a family — South Korean-born parents, American-born children — buys a small farm in the rural South, it’s an opportunity for Jacob (Steven Yeun) to work the land and build the life he wants for his family. Little, however, goes according to plan. My favorite of this year’s on-screen duos is the pairing of child actor Alan S. Kim and Yuh-jung Youn as his mischievous grandmother; they provide the delight in a wistful, bittersweet film.

How to See It: “Minari” received a brief theatrical run in New York and Los Angeles, but is not scheduled to debut elsewhere until February. Check for streaming options in a few months. 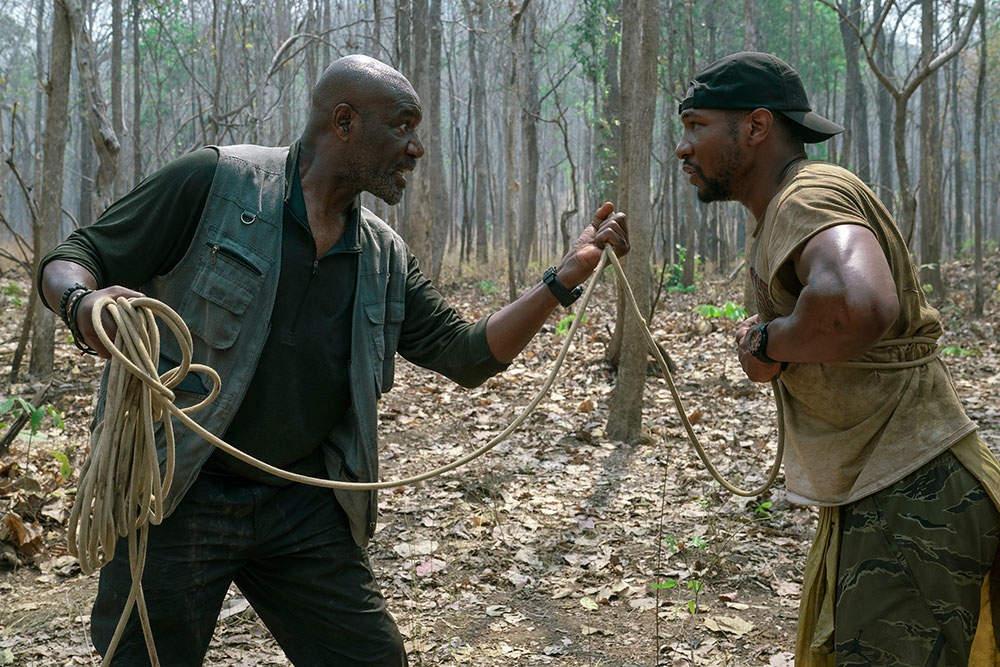 2 — “Da 5 Bloods”
Spike Lee’s often surprising, deeply moving return-to-Vietnam opus ranks among his best films — which is a high bar. A great ensemble cast, anchored by Delroy Lindo, Jonathan Majors and the penultimate performance of Chadwick Boseman, provides both history lesson and contemporary commentary. As he did with the strong “BlacKkKlansman,” Lee tackles the current moment in racial justice and its historic roots simultaneously with a fearless, multi-faceted approach. Do not mistake “Da 5 Bloods” for an object lesson or editorial, however; it’s a rollicking uppercut of a war film first and foremost. “Da 5 Bloods” has everything you want from a movie. 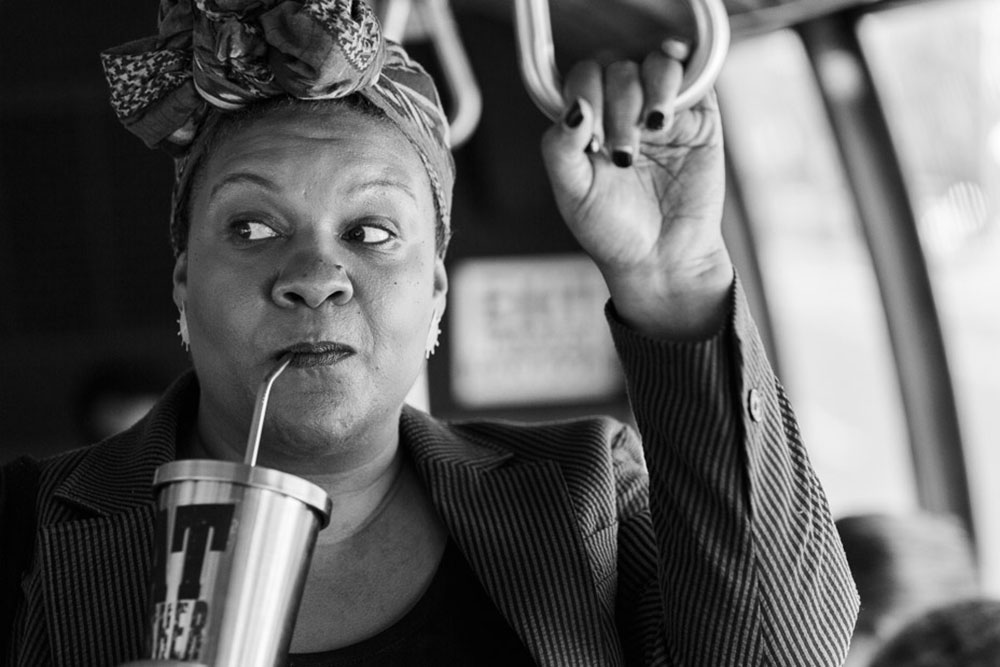 1 — “The Forty-Year-Old Version”
Inverting the title of a mid-aughts comedy is the first of a hundred twists, both subtle and brash, that Radha Blank puts in her perfect debut feature. Blank, who directs, writes and stars in the film, mythologizes and reinvents her true-to-life story: Struggling to navigate the often-infuriating theater world, she makes an early-middle-age shift and attempts to establish herself as a rapper. “The Forty-Year-Old Version” is often funny, particularly in lampooning the pretensions of well-meaning but deeply clueless art-gala types. But it’s also a stirring, inspirational story of self-acceptance and self-love. In a year where a hundred films have vied for attention in the streaming free-for-all, “The Forty-Year-Old Version” emerges as the best, calmly and decisively.