The aviator famous for a risky intercontinental journey once planned a Pittsburgh visit. 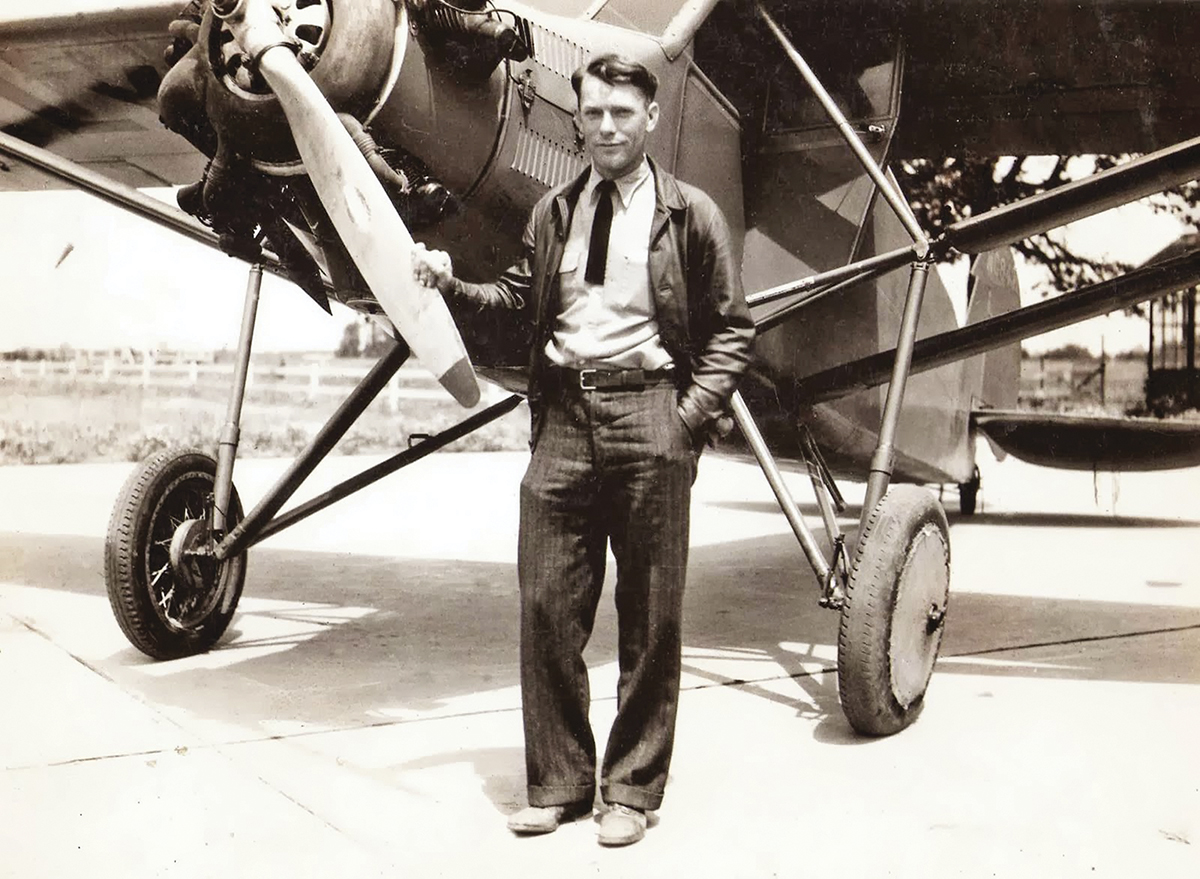 When Douglas Corrigan was born in 1907 in Galveston, Texas, he was named “Clyde” after his father. But his mother, Evelyn — originally from Tarentum — often called him “Douglas” after her favorite movie actor, Douglas Fairbanks, and Corrigan later adopted it as his official name. An airplane mechanic and barnstorming pilot, he became an international folk hero in 1938, when he completed a solo, nonstop flight from New York City to Dublin without any of the necessary permissions from the federal Bureau of Air Commerce.

He claimed a simple navigational error in his poorly equipped old plane made him fly the wrong way over the Atlantic Ocean. He soon was famous for his daring feat, his not-very-believable story and his smiling challenge to authority. He earned the nickname “Wrong-Way” Corrigan and landed himself a place in history.

Corrigan — who in his younger days worked on Charles Lindbergh’s famous plane, “The Spirit of St. Louis” — made the trip in a used 1929 Curtiss Robin monoplane, purchased five years earlier for $325. He had modified the craft for long flights but was repeatedly refused permission to complete a transatlantic journey; federal officials felt his plane could not complete the trip, despite Corrigan setting a new cross-country speed record (27 hours, 50 minutes) on a flight from San Diego to New York.

Undeterred, Corrigan left Floyd Bennett Field in Brooklyn, N.Y., at 5:15 a.m. on July 17, 1938. Conditions weren’t good, and he was instructed to fly east until he cleared the fog, then turn west to California. He never made that turn. He carried water, two boxes of fig cookies and a couple of chocolate bars. Twenty-eight hours and 13 minutes later, he landed at Baldonnel Airport in Dublin. Having flown 3,150 miles, he claimed he “had been following the wrong end of the magnetic needle.” Officials were skeptical, but he said, “That’s my story.”

When he returned to the United States, he was honored with a ticker-tape parade in New York City. An estimated 1 million people showed up — more than had appeared for Lindbergh.

In the summer of 1938, Corrigan was a superstar. As part of an unofficial Victory Tour, he agreed to be part of the Allegheny County Sesquicentennial Parade, the kickoff of a 22-day celebration in September. When his flew his rickety old plane into the county airport on Friday, Sept. 2, the Pittsburgh Post-Gazette called him, “currently America’s No. 1 Hero by virtue of the most heart-warming boner ever pulled in an airplane.” An estimated 100,000 people lined his route from the airport to downtown, where he was showered with confetti before ending up at a banquet in his honor at the William Penn Hotel. He slept that night at the home of the man who invited him, County Commissioner John J. Kane, at 517 Fordham Ave. in Brookline.

As part of Allegheny County’s thanks to Corrigan, the commissioner renamed Catfish Run — the main route through South Park — Corrigan Drive. The pilot was here for such a brief time that there’s no evidence that he ever got to visit the roadway named in his honor. Wrong-Way Corrigan died in December 1995.

This article appears in the October 2015 issue of Pittsburgh Magazine.
Categories: Rick Sebak