The Time Harry Truman Got Pulled over on the Pa. Turnpike 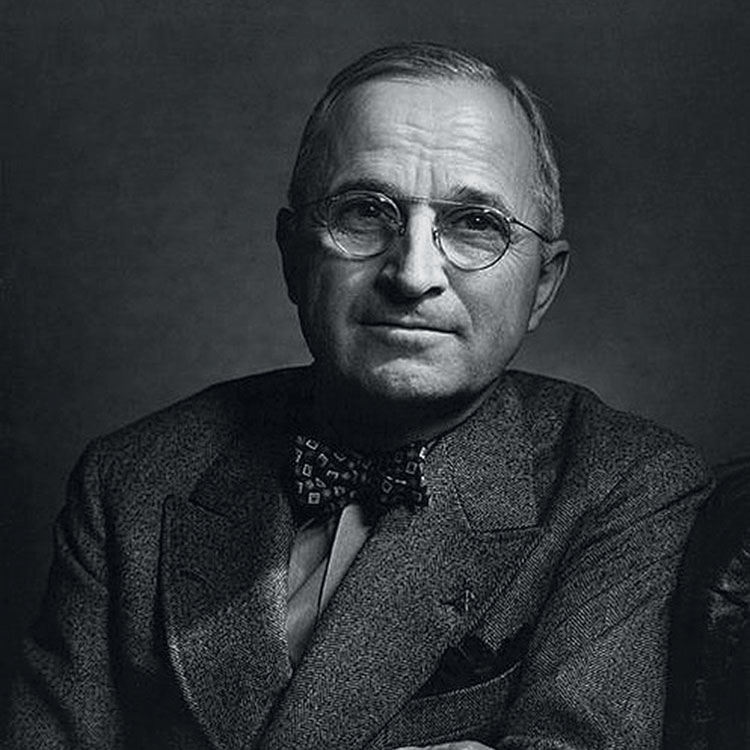 The earliest evidence of a western Pennsylvania visit by Harry S. Truman is found in a letter to his wife, Bess, dated April 17, 1928. Truman, then 44, was a judge in Kansas City, Mo.; he was also the president of the National Old Trails Road Association, which marked and promoted a cross-country highway from Baltimore to southern California.

In the late 1920s, the Daughters of the American Revolution (DAR) had decided to place 12 identical monuments honoring pioneer women along that highway — one statue in each of the 12 states along the route. Each was called the Madonna of the Trail; Truman helped determine where they would be set. He spent a night in Washington, Pa., then took the National Road (now Route 40) to Uniontown to deal with local politicians who were unhappy about where Pennsylvania’s statue would be located. “They’re worse than Kentucky mountaineers,” Truman wrote to his wife.

As Truman’s successful and unusual political career grew, he occasionally came through Pittsburgh while campaigning — perhaps most notably on Oct. 23, 1948, just before that year’s presidential election. Although many were certain he would lose to Republican Thomas Dewey, Truman was greeted Downtown by cheering supporters and the Rankin High School band playing “Hail to the Chief.” He then made his way to a rally at the Hunt Armory in Shadyside, speaking to an enthusiastic crowd. The Sun-Telegraph estimated 15,000 inside and an equal number outside the building; it was a night that revived hope in many of Truman’s supporters.

His largest western Pennsylvania crowds assembled on Labor Day 1949 in South Park, when he delivered an important policy speech. It was the last day of the Allegheny County Fair, with more than 300,000 in attendance throughout the event; the packed stands held 80,000. Truman spoke against the Taft-Hartley law, which he had vetoed the year before, and promoted the “Fair Deal.” He also called the event “the greatest fair in the world.”

In 1952 and 1960, politics would bring President Truman back to western Pennsylvania, first to campaign for Adlai Stevenson at the Syria Mosque, then to support John F. Kennedy with a speech at the North Side’s Carnegie Hall, the site of the New Hazlett Theater today. (President Eisenhower was in town that same night, campaigning for Nixon.)

Perhaps the most telling of Truman’s local stops occurred on the Turnpike near Bedford on July 5, 1953, several months after he left the White House. He and Bess were driving home to Independence, Mo. He had no Secret Service or special escort; the two were simply an aging couple on a road trip. Truman was driving 55, the posted speed limit, in the left lane of the Turnpike — thus backing up faster traffic. A state trooper named Manley Stampler pulled up beside the shiny black Chrysler and motioned for it to pull over.

Then the trooper recognized the driver and his wife.

The incident is included in Matthew Algeo’s book, “Harry Truman’s Excellent Adventure.” Algeo quotes Trooper Stampler: “I wasn’t going to give him a ticket — he was the president of the United States. Maybe some other presidents, but not Harry Truman.”

Later that evening, Harry and Bess stayed at the George Washington Hotel in Washington, Pa., had dinner at the hotel’s Pioneer Grill and tried to get some rest.

This article appears in the November 2017 issue of Pittsburgh Magazine.
Categories: From the Magazine, Rick Sebak