The Summer-Long Fight for Skateboard Supremacy

Competitors of all ages and skill levels are welcome to compete in Skateburgh. 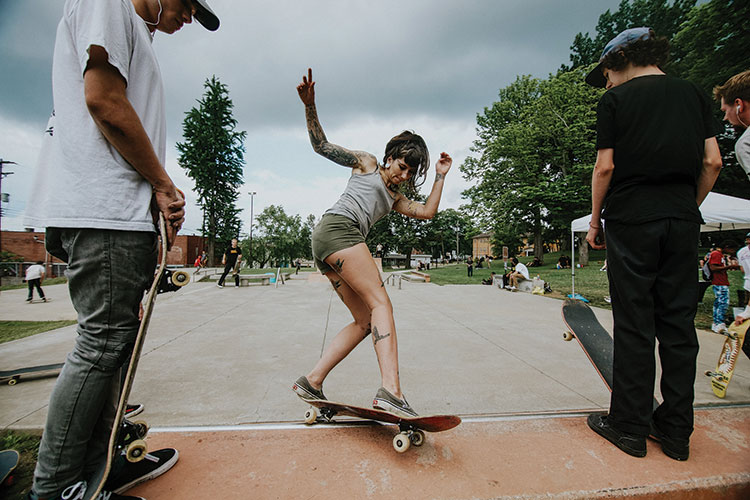 The region’s finest skateboarders (as well as amateurs looking for a taste of competition) are in the midst of a summer-long fight for supremacy.

“When I moved to the Pittsburgh area … I noticed there weren’t a whole lot of skateboarding events,” he says, “even though there was no shortage of skaters.” Ridge says skateboard culture in western Pennsylvania is healthy; a unified competition, however, was lacking.

“It just seemed like such a perfect place for a competition series like the ones back home.”

Competitors of all ages and skill levels are welcome to compete, but five teams representing different skate shops field their best talent; after the final event, the winning roster will have their names engraved on the competition’s top prize, the Skate Sword trophy. Ridge says the events, which are free to attend (and held as far afield as Altoona), offer thrills for spectators, as well.

“There is no shortage of excitement throughout the day,” he says.

Upcoming events are scheduled for Aug. 12, in Greensburg, and Sept. 16, in Beaver.

This article appears in the August 2018 issue of Pittsburgh Magazine.
Categories: Community Feature