The Story Behind Those Colorful Globes Downtown

The “Cool Globes: Hot Ideas for a Cooler Planet” art exhibit wants passersby to consider the effects of climate change. 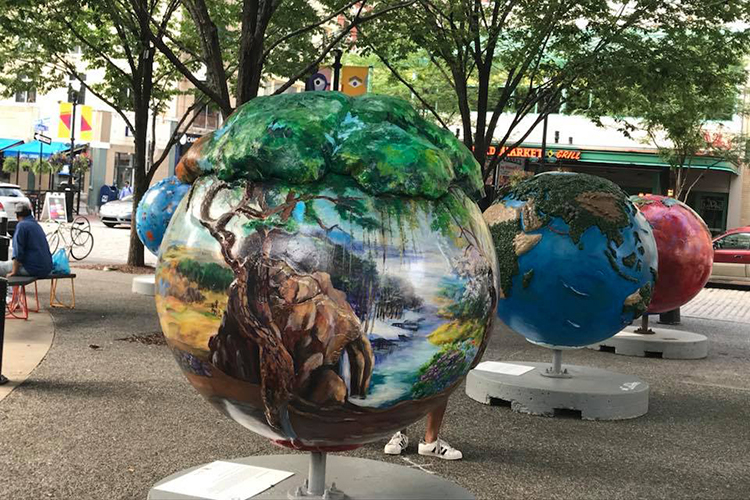 Pittsburghers strolling around Downtown between now and early fall are likely to run into a bunch of giant decorated globes dotting Market Square, PPG Plaza and Gateway Center.

The public art exhibition, “Cool Globes: Hot Ideas for a Cooler Planet”, opened on June 18 and is here to stay through October. It features nearly 30 colorful globes encouraging people to think about how to prevent climate change.

Each globe weighs about a ton, according to the Pittsburgh Post-Gazette. Individual sculptures represent themes such as recycling, avoiding pesticides and conserving water.

Pittsburgh is Cool Globes’ 20th stop — the exhibit began touring the U.S. in 2007 and went worldwide in 2009. Some of the other cities it’s visited include New York City, Washington, D.C., Amsterdam and Jerusalem. 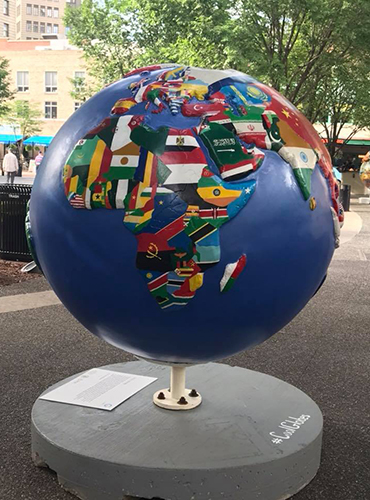 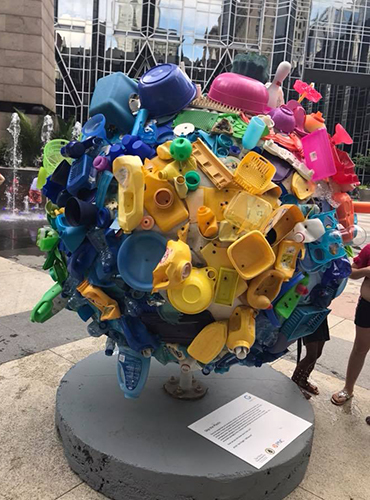 Cool Globes grew out of a commitment with the Clinton Global Initiative, a branch of the Clinton Foundation that encourages individuals, communities and organizations to make meaningful contributions to the health of others. It first premiered in Chicago in 2007 with a collection of 120 globes.

“The idea was to put sculptures on the sidewalk, each depicting a solution to global warming, forcing people to confront the issue, but in a non-threatening manner,” says Wendy Abrams, founder of Cool Globes.

Approximately 200 artists have contributed to the exhibit so far, according to the Post-Gazette. Each time the exhibit visits a new city, additional artists contribute pieces showing off global and local initiatives. Three of the globes on display Downtown were designed by Pittsburgh artists Katy DeMent, Ashley Kyber and Lindsay Wright.