The Story Behind This Epic Picture of Lightning Over Pittsburgh

Most people crawl deeper under the covers during a nighttime thunderstorm, photographer Dave DiCello does just the opposite. 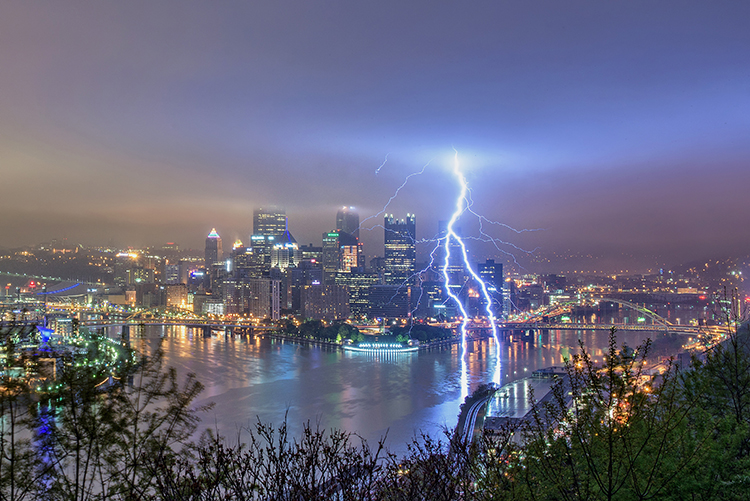 Photographer Dave DiCello has captured several vivid images of lightning in the skies over Pittsburgh, but he said this one (above) may be his favorite.

DiCello said thunder and lightning woke him up early Monday morning. Unable to fall back to sleep, he checked the weather radar and saw more storms on the horizon. He decided to grab his camera gear and hit the road. He arrived at his perch on Mt. Washington just before 4 a.m.

“I was completely soaked when this INCREDIBLE bolt struck the Monongahela River,” he wrote on his Facebook page. “I caught it both on my camera and on video, and it is definitely up there as one of my favorite lightning images, as it is the first true cloud to ground strike that I've ever captured. 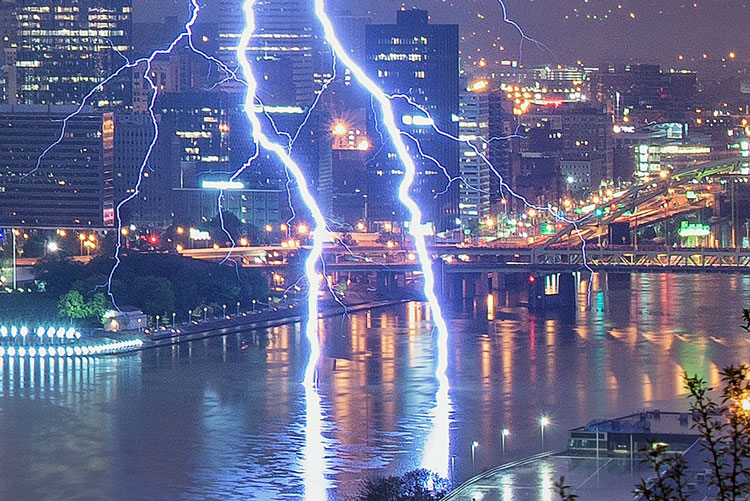 “If you look closely at the river, you can actually see bolts coming back up OUT OF the water.”

DiCello's picture is getting national attention after Good Morning America shared it on its Facebook and Twitter pages.

I'll be 38 on Wednesday and I'm feeling just like a fine wine. Getting better with age.