Assistant GM Andy Weidl is one of the latest in a long line of Pittsburgh guys who end up working for the home team. 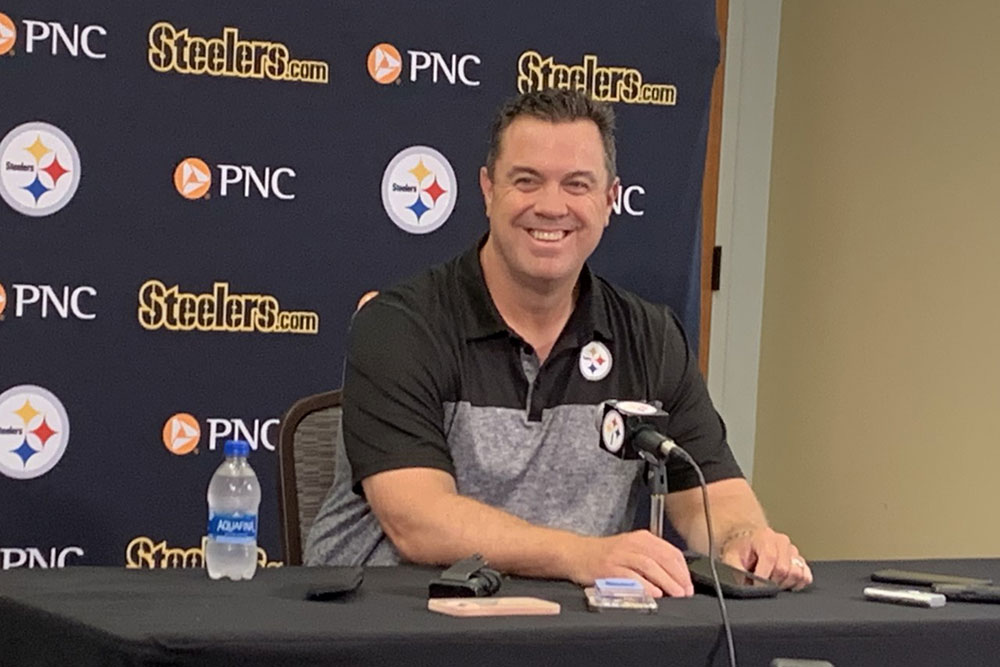 If they’re somehow able to win another Super Bowl, the Steelers’ seventh Lombardi Trophy will be, in a manner of speaking, homegrown.

Much as the first six have been.

That’s been a characteristic of the organization over the years, a part of the Steelers’ culture and DNA.

Traditionally, their front office has been populated by Pittsburgh guys, particularly in scouting and personnel.

There are a lot of those guys working all across the NFL; the region’s football culture keeps churning them out and they keep getting hired.

But there always seems to be a preponderance of them in Pittsburgh.

Weidl is from Mt, Lebanon and took his first steps in the NFL as a scouting/personnel intern with the Steelers in the late 1990s, “Making airport runs, doing mail runs; whatever needed to be done, I did it.” He advanced through the ranks with the Saints, Ravens and Eagles (most recently in Philadelphia Weidl ran the draft meetings and set the draft board for the Eagles last spring) before returning to the Steelers this season.

“No, there weren’t,” Weidl confirmed.

Weidl’s brother Casey is also in his first season with the Steelers (scouting coordinator) after working previously for the Bills and Eagles (another brother, Kevin, is a college scout for the Ravens).

They’ve joined a staff dripping with Pittsburgh and western Pennsylvania connections, one that includes:

Special Teams Coordinator Danny Smith (Central Catholic) is such a Pittsburgh guy he once worked for PennDOT.

And then there’s Director of Facilities Bob McCartney (South Hills).

McCartney, whose experiences include working in the ticket office and a decades-long run as the team’s film director, is entering his 49th season with the Steelers.

He has six Super Bowl rings.

But when all other things are equal, it’s a pretty good tie-breaker.

“I think it just means a little more,” Andy Weidl continued. “You know, you’re from here, you grew up here, your roots are here. You don’t want to disappoint. I feel that way, growing up here as a Steelers fan.

“We have to make sure we’re doing our part.”

Weidl was a part of Super Bowl-winning teams with the Ravens in 2012 and with the Eagles in 2017.

But if he gets another ring with the Steelers, he won’t consider it his third.

“We gotta get Number Seven,” Weidl emphasized. “We’re going to pour everything we have into it and go from there.”

From a Pittsburgh guy, we’d expect nothing less.