Guest blogger Eddie Trizzino previews the fourth annual Four Chord Music Festival, which has grown to carry the banner for pop-punk in Pittsburgh. 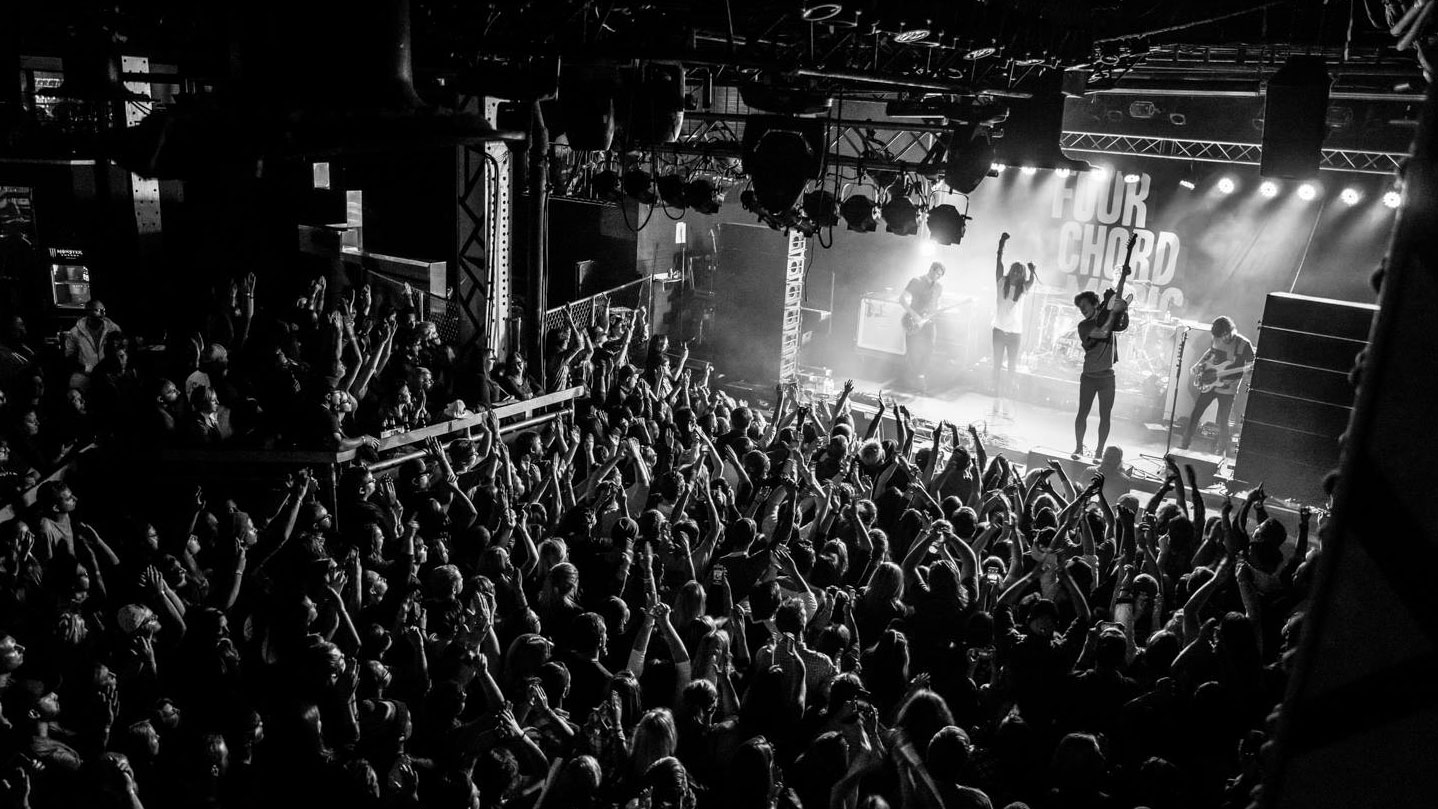 With 21 bands scheduled to play the fourth annual Four Chord Music Fest, set for this Sunday at Xtaza Nightclub in the Strip District, you may end up hearing a few more than four chords.

Leading the power-chord charge will be headliners The Starting Line, playing one of only a few shows this year and its first in Pittsburgh since 2015.

“We play about five to seven shows a year. It’s a lot of fun and nice to come together for a few special shows a year,” Matt Watts, guitarist for the Philadelphia pop-punk outfit, says.

“In Pittsburgh, there’s nothing like this — there’s Thrival Music Fest, the Deutschtown Music Fest on the North Side, but nothing for punk rock … so that was the void I was, accidentally, trying to fill,” Bahl says. “I want this to be the Thrival Fest of punk rock.”

Bahl, who is also a communications professor at La Roche College, started the fest in 2013. In true punk fashion, Bahl organizes and funds the entire event himself, books the bands, advertises the event, sets up the venue — and, of course, plays music.

“It’s a D.I.Y. music fest. I fund it myself, I market it myself, I book the talent, do the graphic design, I do everything myself,” Bahl says. “I rely on local bands spreading the word, digital marketing and word of mouth.”

Bahl does employ the help of Sam Smith, a client support representative for Showclix, as well as interns from his classes at La Roche.

“I’m excited for this year. I think it’s gonna be big — and I love The Starting Line, and it’s kind of a rare thing to [see] them,” Smith says.

Smith used to play in bands himself, and is excited to be a part of the fest. He says his input in the fest is mainly on the day of the event. He assists in audience satisfaction, and will also help with setting up equipment for the bands.

“Day of, Rishi is playing, which is a large part of his day. So a lot it delegated to me — helping the bands, making sure people can get in and enter successfully. It’s a long day,” Smith says.

“I like every band on the bill this year,” Bahl says. “I hope people go to see a band they like and then discover one of my favorites too.”

Punchline is another of Bahl’s favorites. Chris Fafalios, one of Punchline’s founding members, says the festival’s continued success is itself a victory.

“Pittsburgh has always been really good for us, even though it can kind of be a tough music town in getting people to come out for shows,” Fafalios says; with 20 years of experience with Punchline, he has the perspective to understand the Pittsburgh scene. “It works if you get out and put in the work to promote the band.”

The event’s lineup can be viewed on its website, where tickets for the show are still available. Bahl says the Four Chords will continue to ring in 2018 — and he hopes to have the fest grow in coming years.

“Next year I gotta do something different,” Bahl says. “I want to eventually have this in three or four cities.”