Three major highways — the Pennsylvania Turnpike, William Penn Highway (aka Route 22), and the Parkway East — converge here. Roadways always have played a key role in this region’s growth; so has shopping. Developers built the Miracle Mile Shopping Center in 1954 to take advantage of the traffic, then other developers one-upped them with a 1 million-square-foot mall in the next decade. Research labs for U.S. Steel, Westinghouse and others attracted engineers from around the world, particularly India, and the new immigrants often built temples — one of which is a familiar sight perched on a hillside overlooking I-376 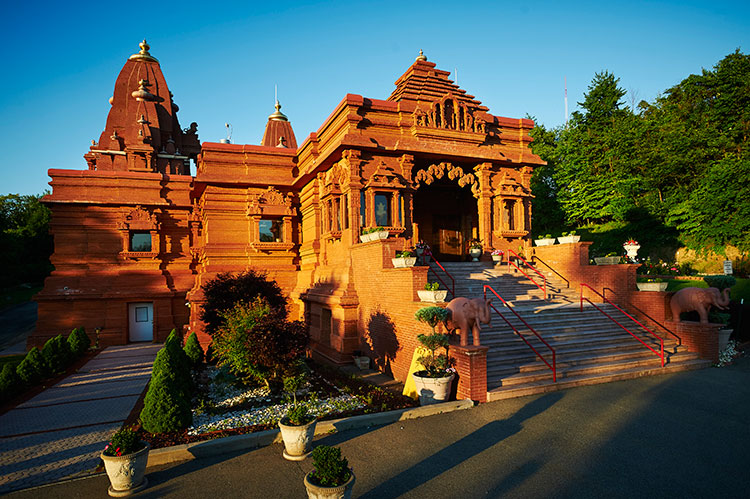 Monroeville
​Long before retail crowded Route 22, Monroeville was a stagecoach stop on the Northern Turnpike, the forerunner of the William Penn Highway. Pittsburgh’s four Hindu and Sikh temples all are here or nearby, as are some Indian restaurants and groceries.

​Murrysville
Another stagecoach stop, founded in 1820. It really boomed in 1878 when the Haymaker brothers, drilling for oil, struck a massive natural gas deposit instead. A pipeline soon ran from here to Pittsburgh. Today, it’s a booming suburb thanks to direct routes to Downtown.

Penn Hills
One of the first big post-war suburbs, Penn Hills nearly doubled in population between 1940 and 1950, then doubled again by 1960 to more than 50,000 residents. It remains one of Allegheny County’s most populous municipalities.

Plum
Plum is one of the original seven townships founded when Allegheny County was created in 1788 — which means that, by some measures, Plum is older than the city of Pittsburgh. It’s named after Plum Creek — which once had lots of plum trees and which originates in the highlands of Boyce Park, the only place to ski in Allegheny County.

Pitcairn
The town was created for workers when the Pennsylvania Railroad put a massive freight yard on the other bank of Turtle Creek. It was named after the executive responsible, Scottish immigrant and self-made man Robert Pitcairn.

Export
George Westinghouse built a railroad spur out to here in 1892, originally to supply the gas fields. The town later exported vast amounts of coal, hence its name.

Delmont
​Tollgate Lane here is a reminder of the old highway. Early residents of this town, which was long known as New Salem, could do road maintenance in lieu of paying taxes.

The jerk chicken understandably is a favorite at Caribeana in Penn Hills. But let Donette Howell tempt you with some of her other Jamaican kitchen concoctions, such as sweet brown stew shrimp, curry goat or banana fritters.  6022 Saltsburg Road, caribeana.com.

You’ll find genuine, expertly prepared Mexican fare at Madero Cantina in Murrysville, not frozen chimichangas or sour-mix margaritas. It’s all made from scratch, from the guac to the stock. Try the filet mango tacos, or munch on fried flautas filled with chipotle cream sauce.  4462 William Penn Highway, maderomex.com.

His dad ran a Greek diner in the neighborhood for years, but Nick Papageorgiou says putting fries on top of the gyros at his Old Village Grill in Penn Hills isn’t exclusively a Pittsburgh thing — he saw a lot of it during two study-abroad semesters in Greece. Save room for the house-baked, honey-soaked baklava.  6277 Saltsburg Road, 412/888-9169. 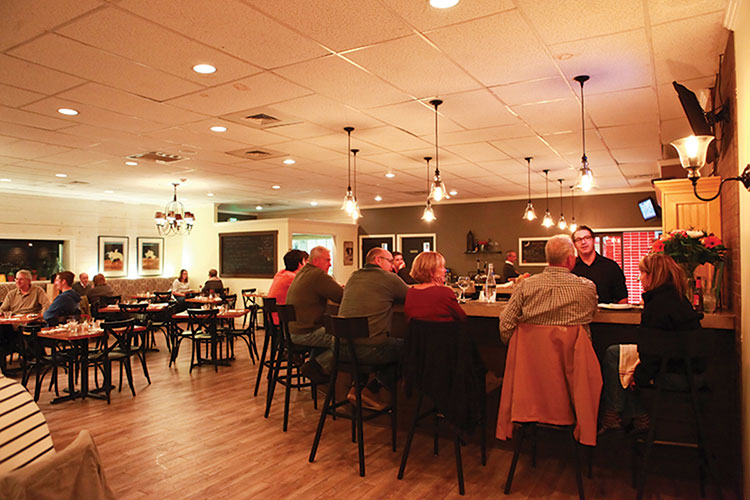 If you can’t find a beer you like at Gateway Grill in Monroeville, you aren’t trying — besides the 34 on tap, they keep 700 in the coolers. The walls of this friendly neighborhood sports bar are crowded with framed yearbook photos of the Gateway Gators, whose football field is about a football field away.  4251 Northern Pike, gatewaygrill.net.

With 17 drafts made on site at Rivertowne Brewing Tap Room in Export, the challenge is deciding which one to try first. The Hala Kahiki pineapple beer is a big hit.  5578 Old William Penn Highway, myrivertowne.com.

Name a song at Johnstonbaugh’s Music Center in Plum and the staff probably can find sheet music for it. Get “Uptown Funk” in four-part harmony for choir, and the girls can hit their hallelujahs at the next Sunday service.  140 Sandune Drive, johnstonbaughs.com.

From jewelry to stationery to décor, Morninglory in Murrysville has just about everything you could want for home or gift ideas — plus more purses than Vera Bradley could shake a stick at.  4542 William Penn Highway, morninglory.publishpath.com. 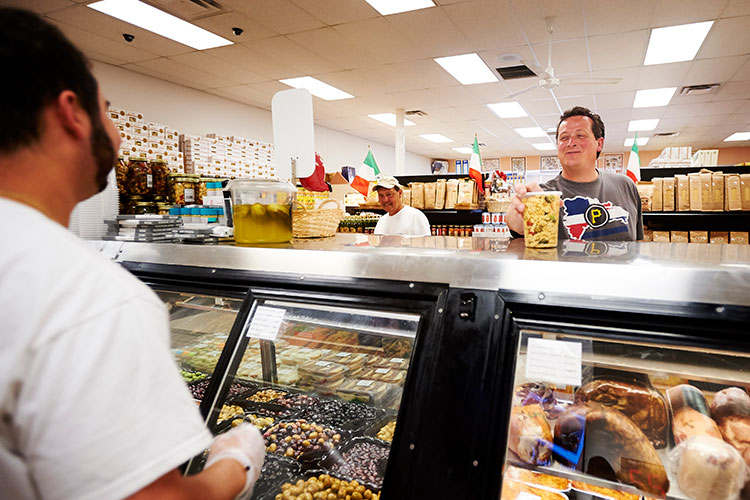 Pick from the pizzelles at Leonard Labriola’s Italian Grocery in Monroeville, where the choices include lemon, orange, vanilla, almond and anise. Or buy a pizzelle iron and make your own; you’ll still find something to come back for at a business that’s been in one family for nearly a century.  4039 Monroeville Blvd., labriolaitalianmarkets.com.

The area’s two Hindu temples, which welcome visitors, are a study of architectural contrasts. The white Sri Venkateswara Temple (1230 S. McCully Drive, svtemple.org) in Penn Hills has a stepped tower entrance of the type commonly found in southern India, while the red Hindu Jain Temple (615 Illini Dr., hindujaintemple.org) in Monroeville has the bulging cupolas seen in the north. 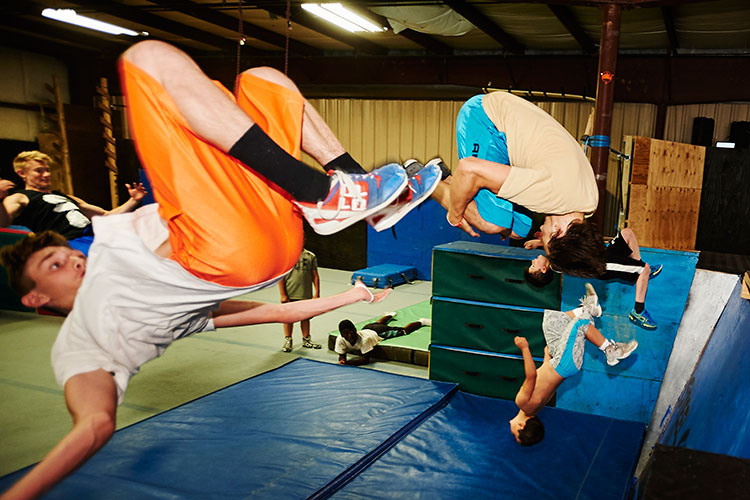 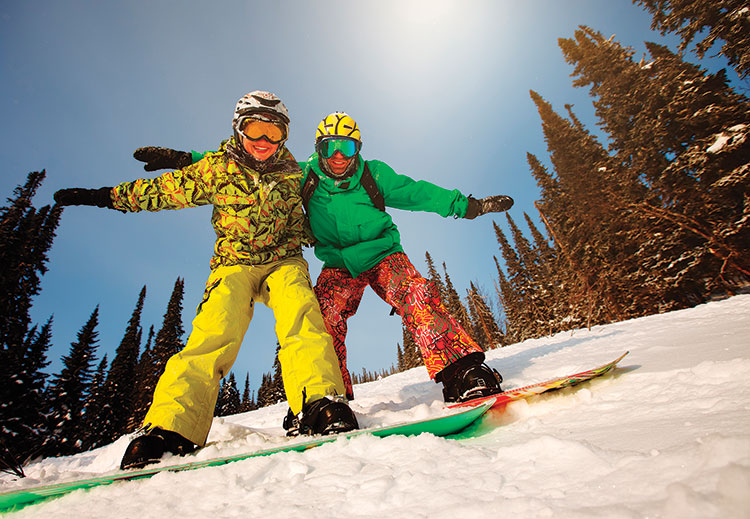 Enjoy all of the fun winter can offer with three days of indoor and outdoor activities at Boyce Park SnowFest. Options include everything from snowboarding to skiing, from snowshoeing to a mini junior Olympics — and kids’ entertainment from a magician to a balloon artist. Friday and Saturday end with a Winter Wonderland Laser Light Show. (alleghenycounty.us/special-events/boyce-park-snowfest.aspx) — Lauren Davidson