A father’s role in his daughter's nuptials is a sacred thing. These brides used their wedding day to remember and thank the men who raised them. 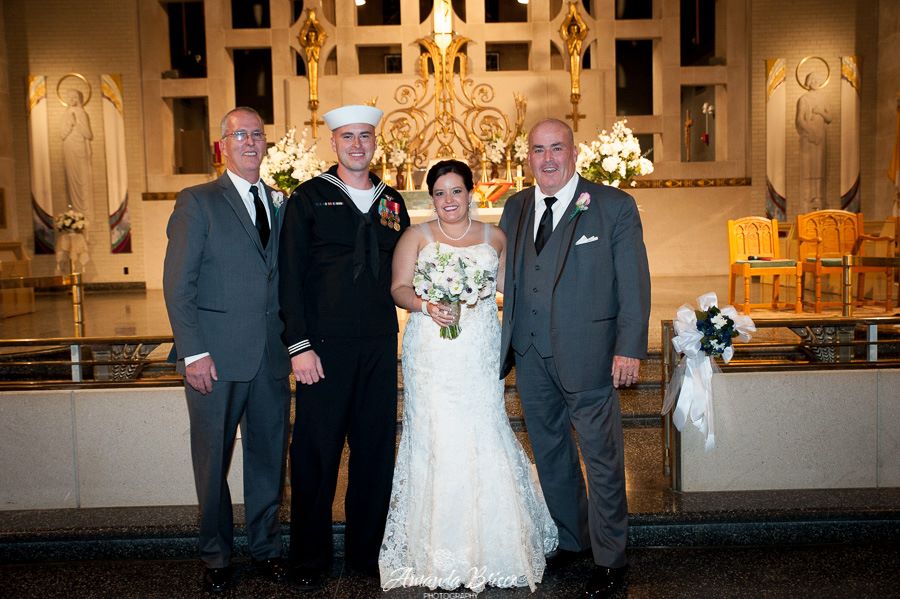 Allison Conway spent five years ignoring her father’s request. When she finally broke down and agreed to meet his friend’s son, she never expected to meet her husband.

Phil Conway and Joe Mercer Sr. worked together at the Pittsburgh Water and Sewer Authority for 20 years. When Allison moved to Richmond, Va., closer to where Joe Mercer Jr. was stationed in Virginia Beach as an air traffic controller for the Navy, both fathers pestered their children to reach out to one another.

Allison resisted for five years, thinking it was strange to make friends through her dad. In March 2012, she took a job in Virginia Beach and decided it finally WAS time to meet Joe.

She sent him a Facebook message, and the two decided to meet for dinner and drinks when Allison came to Virginia Beach on business.

Joe waited two hours for Allison, who was rushing from an unexpectedly long meeting, to arrive. But after the initial introductions, the conversation flowed easily and the couple felt comfortable with one another right away. 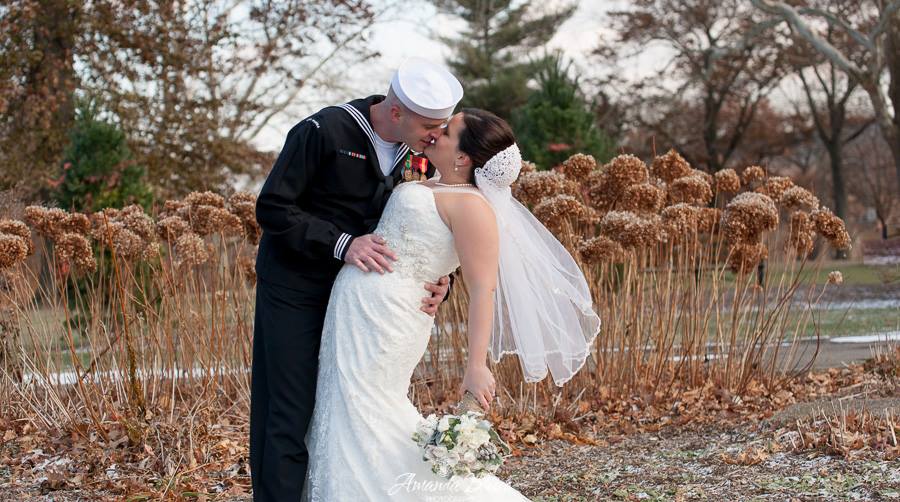 Not expecting this to happen, the two did not tell their fathers immediately. Even though their fathers were good friends, Alison didn’t put it past her dad to threaten to beat Joe up.

When they finally shared the news with their families, everyone was pleasantly surprised.

While on leave from a 13-month overseas assignment, Joe came back in December and met Allison, who had since moved back to western Pennsylvania, in Pittsburgh for a Steelers game and dinner at Monterey Bay Fish Grotto on Mount Washington.

After dinner, the couple walked to the overlook. While Allison was enjoying the view, Joe got down on one knee and proposed. 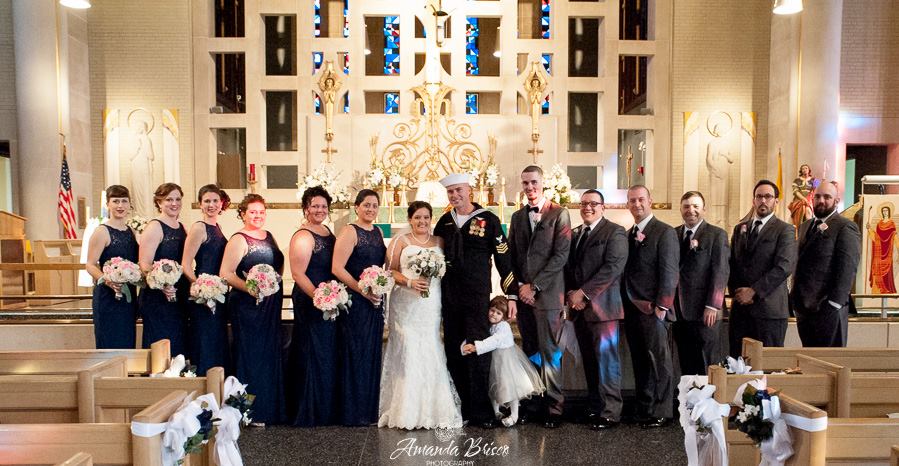 The two got married almost a year later, on Nov. 21, 2014, at St. Raphael Church in Morningside. At their reception at The Priory, the pair gave their fathers the stage: Phil Conway and Joe Mercer Sr. gave a speech honoring their two children — while also offering their matchmaking services to any single guests out there.

“They have a cupid nickname, and they like that,” says Allison.

Alison says the mutual family friendship made it easy to connect with one another's family and meant they were lucky enough to never have to dread their in-laws.

Although Allison and Joe believe that they met at the right time and that things would have been different had they met earlier, they credit their relationship to their fathers’ persistent nagging, and say they can’t thank them enough. 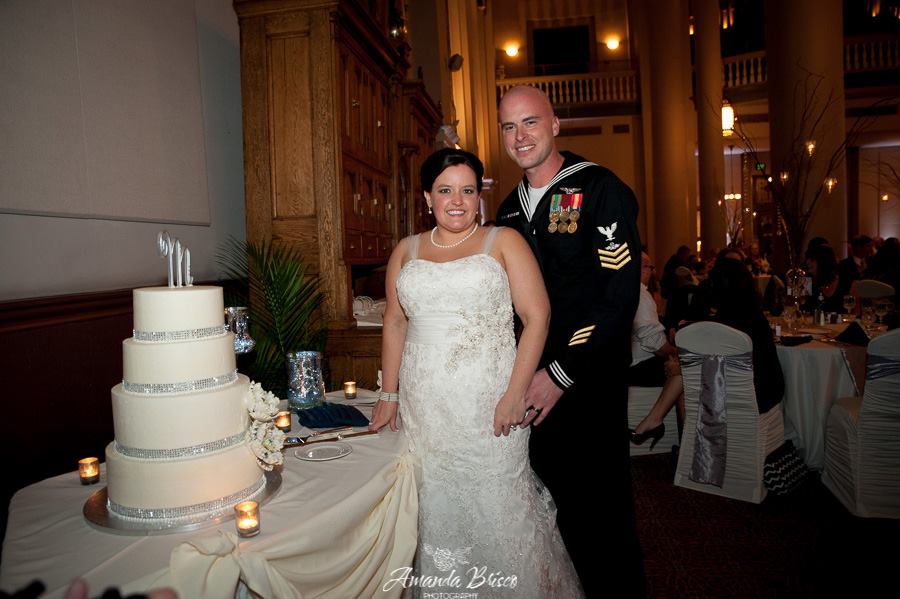 Not all fathers can claim credit for their children’s union, but many fathers like to be involved with the wedding.

Shari Zatman, owner of Perfectly Planned by Shari and It’s Your Day, says she has seen fathers become involved in every aspect of the wedding, from the planning to the party.

Depending on the individual family and the bride’s relationship to her father, some fathers can make a huge impact in their daughter’s decision when planning the wedding. Zatman says most fathers seem to be most opinionated when it comes to choices about food, music and alcohol.

For the ceremony, it is typical that the father walk the bride down the aisle, but some traditions have the groom accompanied by his parents as well.

At the reception, it is typical for the father to give a speech, just as Phil Conway and Joe Mercer did for their children. Zatman says this speech is a chance for the father to tell their own story, share memories and welcome and thank everyone for coming. Some fathers get nervous about making the perfect speech and come frantically to Zatman for advice, she says.

For many weddings, the most emotional moment for fathers and daughters comes during the father-daughter dance. Some families choose to choreograph a dance, others choose to pick only a song. Either way, the dance is incorporated into almost every wedding. 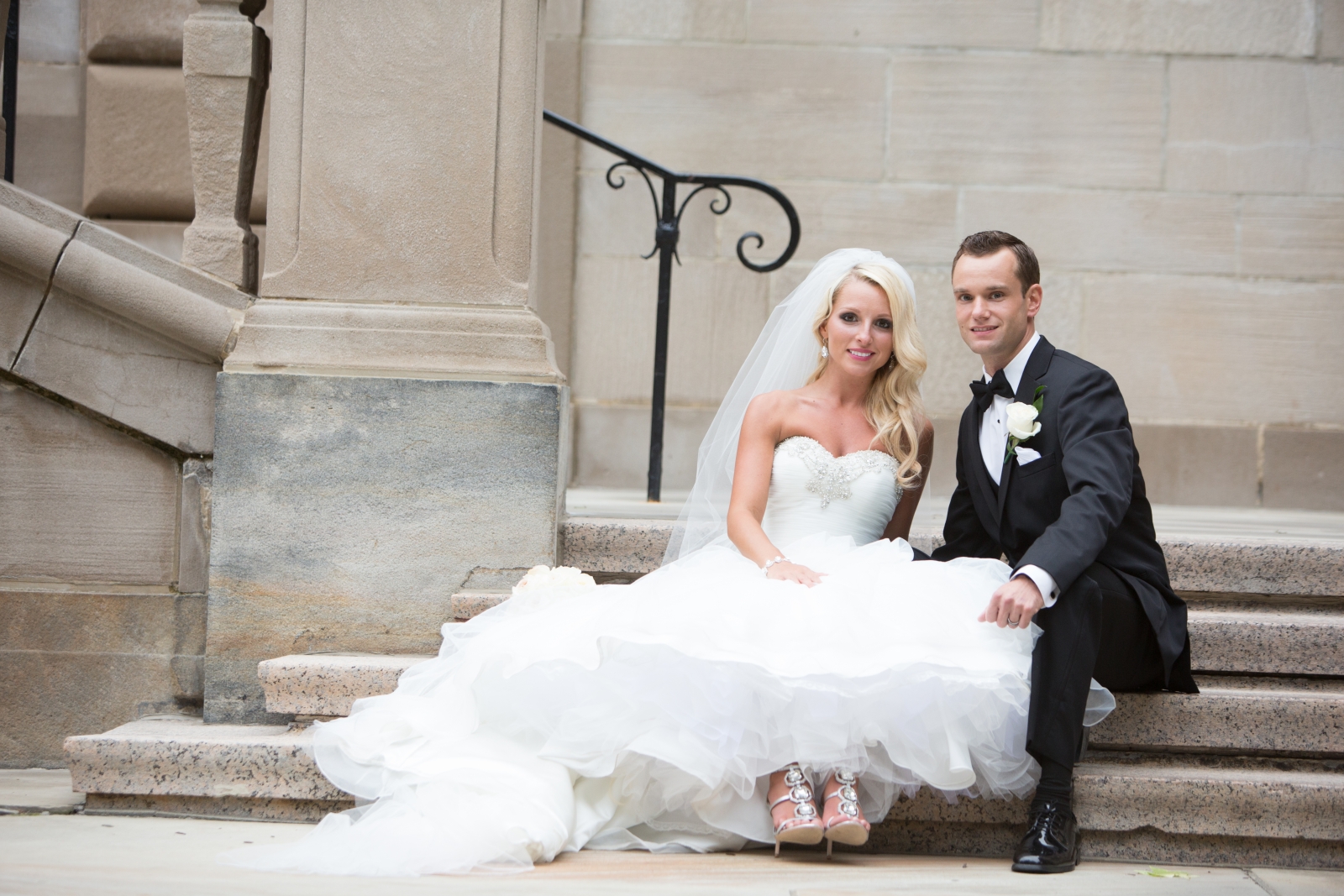 Ashley Bianco never got the chance to have her father-daughter dance, but she did everything she could to incorporate her father into her wedding day.

Ashley and Derek Krymowski met their senior year of high school through mutual friends. While working hard to make a long-distance college relationship successful, the couple was thrown yet another hurdle — Derek’s mother passed away from amyloidosis. Six years later, Ashley’s father passed away from lymphoma.

Three years after that, on Sept. 6, 2014, Ashley walked down the aisle on her brother’s arm, holding a bouquet wrapped in a locket with her father’s picture and wearing a dress with a blue heart stitched in the back from one of her father’s dress shirts. 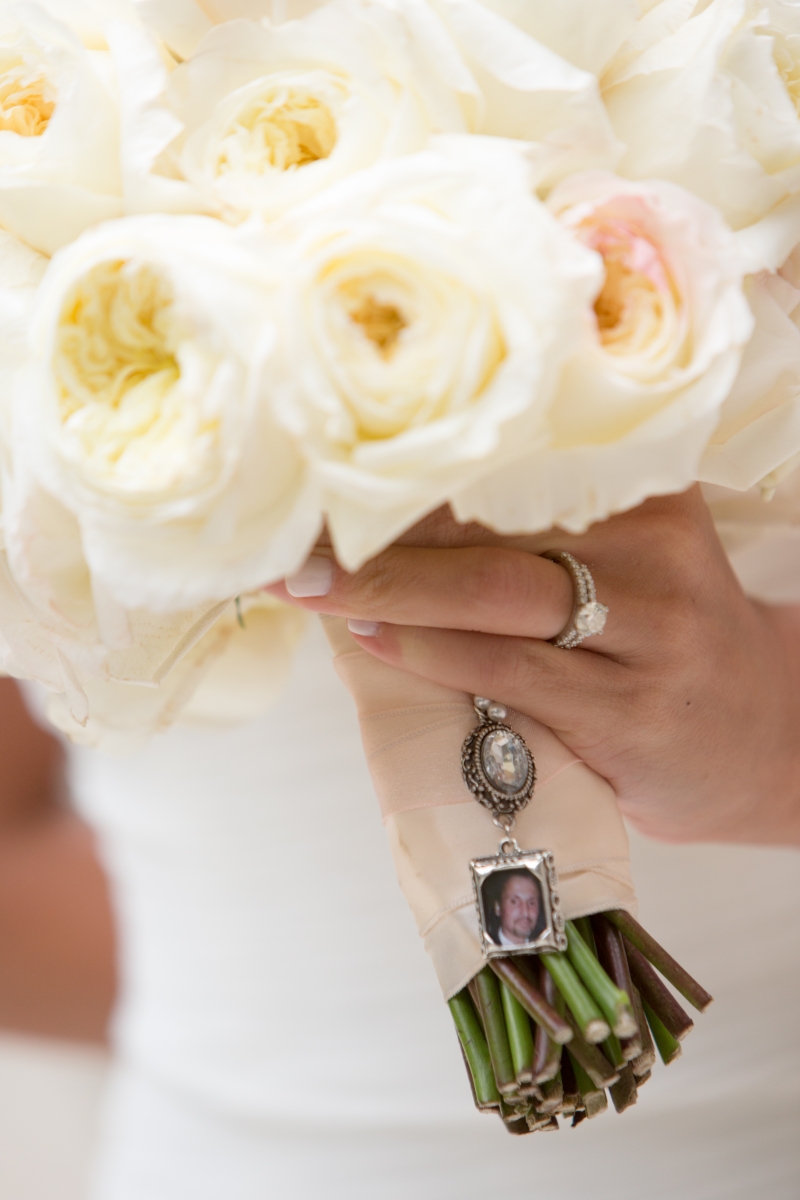 During those few short moments, Ashley was overwhelmed by conflicting emotions. The void left by her father was curbed by the look on her fiancee’s face as he watched her approach.

They kept the ceremony at Heinz Memorial Chapel short, reluctant to dwell on a moment that two monumental people were missing. 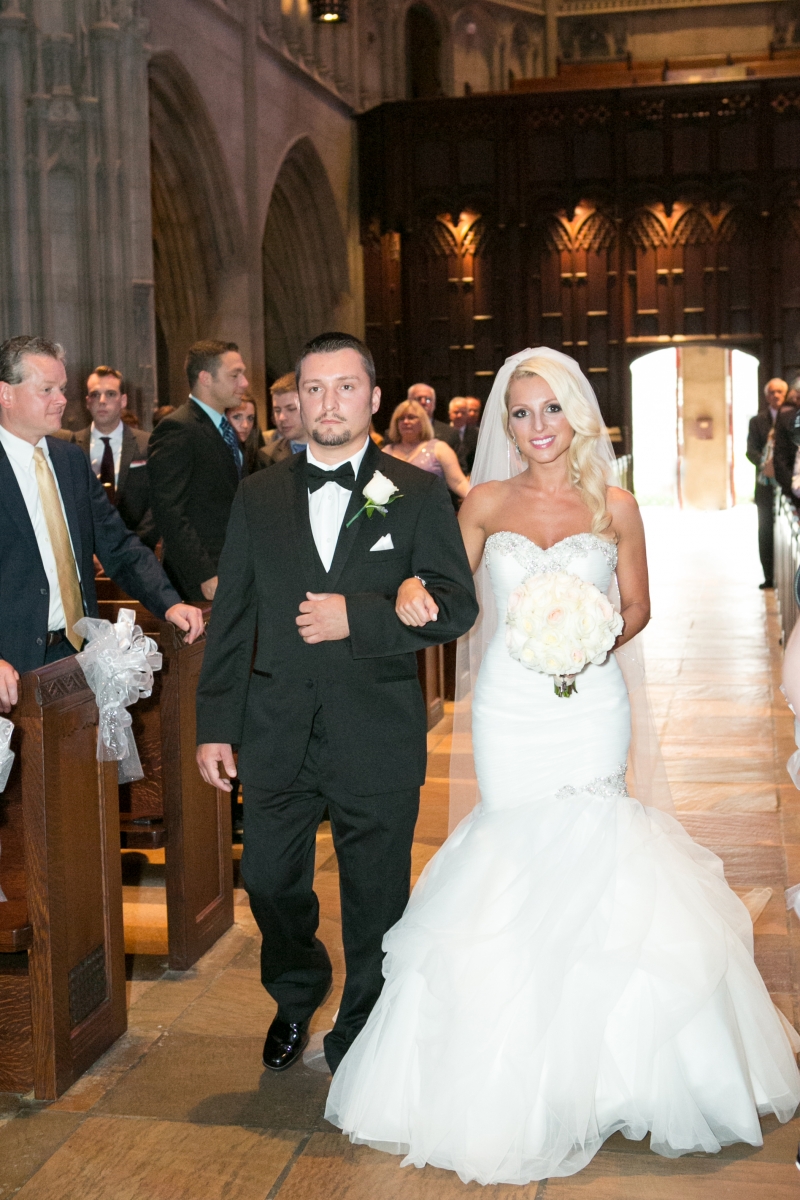 During their reception at the University Club, Ashley and Derek, along with about 20 family members, went to the roof. Facing the Cathedral of Learning, the party let LED-lit balloons loose in the sky. Each year, Ashley’s family releases candle-filled lanterns into the sky on her father’s birthday. The University Club would not allow the flame, so the LED lights were used as an alternative. 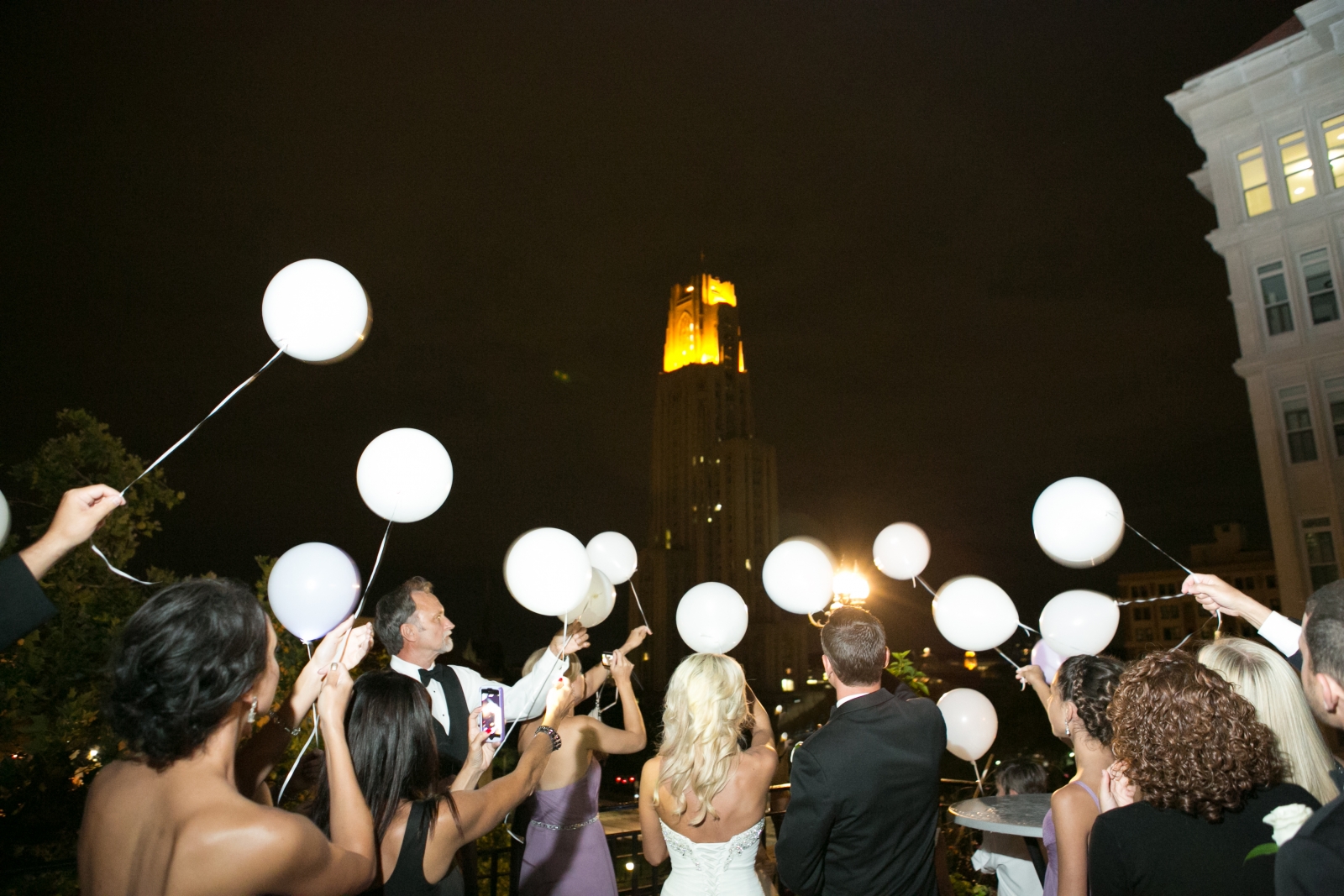 In lieu of gifts, the couple collected money for two organizations devoted to raising awareness and continuing research on the two deadly diseases.

As guests filed into the reception hall, they were greeted by a remembrance table that contained a candle, pictures of Derek’s mother and Ashley’s father and a quote that read: “We know you’d be here today if heaven wasn’t so far away.” 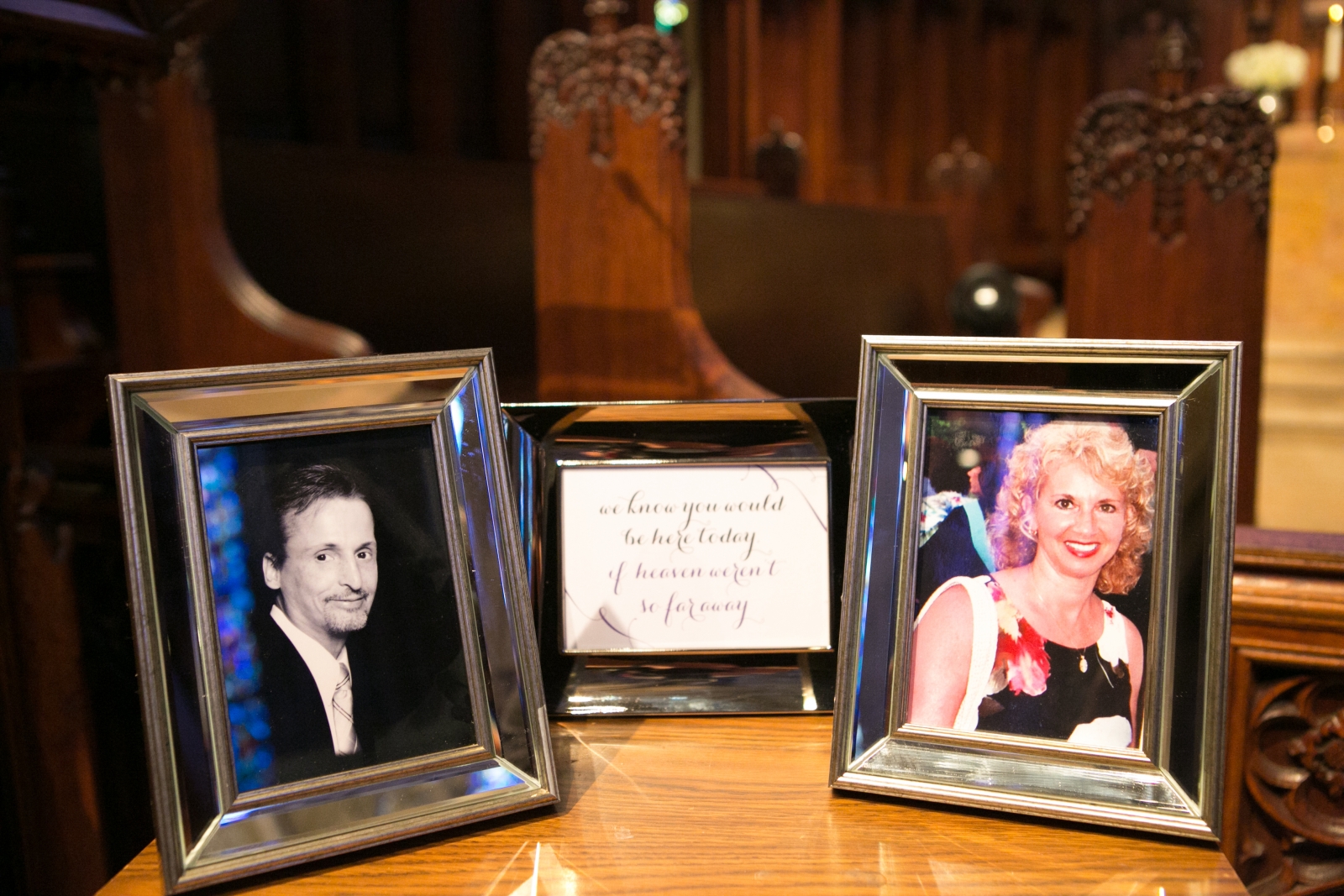