The Solar Eclipse: An Easy Way to Know What You'll See

On Monday, Aug. 21, the entire United States will be treated to a solar eclipse. How much of the sun will we see in Pittsburgh? All you need is your zip code to find out. 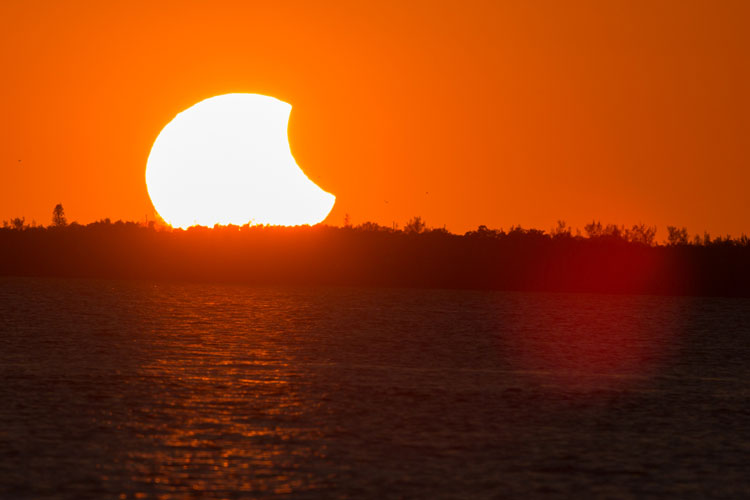 As long as there are no clouds, the entire United States will be able to observe a solar eclipse on Monday, Aug. 21. Anyone within a 70-mile wide path that stretches through 14 states from Oregon to South Carolina will experience a total eclipse. During those brief moments — when the moon completely blocks the sun’s bright face for about two minutes — day will turn into night. 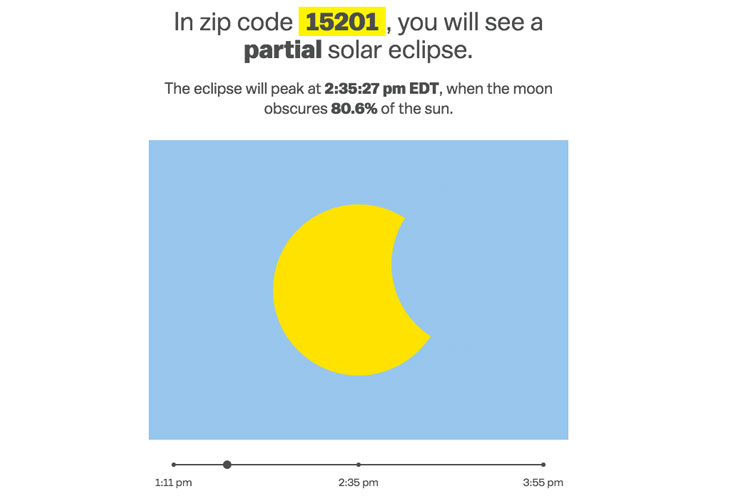 Vox has come up with an infographic illustrating what how much of the sun will be blocked by the moon in each zip code of the U.S.  For instance, at the offices of Pittsburgh Magazine, The eclipse will peak at 2:35:24 p.m., when the moon obscures nearly 81 percent of the sun. Want to know what it will be like where you live? Type in your zip code here.

To get a better idea of the path of the eclipse, NASA has created this animation as the eclipse passes across the country. The closest major city to Pittburgh that will experience a total eclipse is Nashville, TN. 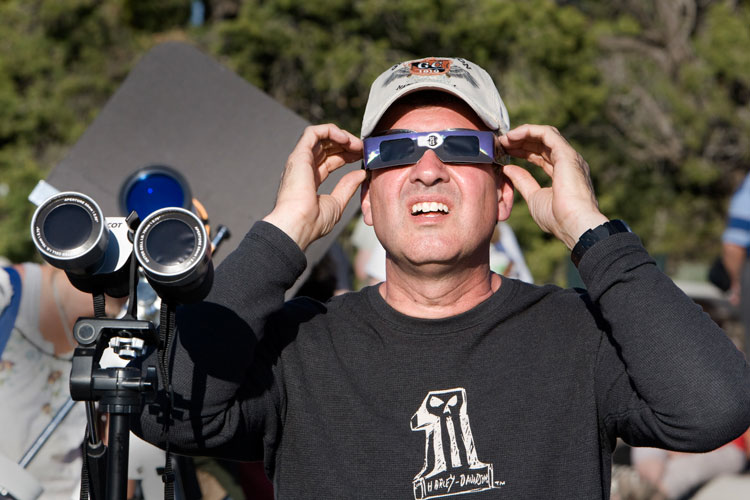 While tempting, looking at even a partial eclipse without safety glasses is dangerous. Just how dangerous?

A NASA scientist came up with this idea that vividly demonstrates the damage the sun can do to your eyesight.

While an eclipse occurs once every couple of years, August 21 marks the first total eclipse on American soil since 1991, the first on the U.S. mainland since 1979 and the first to sweep the entire country since 1918.

Want to know more? NASA has the answers to just about any imaginable question here.