The Rundown for This Year's Pittsburgh Pride Events

Plan ahead for some of this year’s leading events so you don’t miss out on any of the fun. 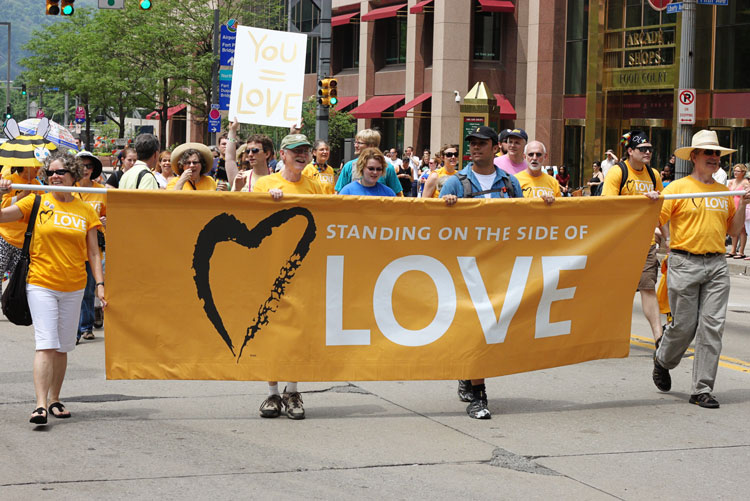 As June begins, LGBT Pride Month will get off to a quick start in Pittsburgh, almost a full year after the Supreme Court ruled that state-level bans on same-sex marriage are unconstitutional. This year’s edition of Pittsburgh Pride will run from June 3-12. The event has grown dramatically since the Delta Foundation took over the festivities in 2007 and this year is poised to be bigger than ever. Plan ahead for some of this year’s leading events so you don’t miss out on any of the fun.

June 5 — Ready. Set. Pride.
The official kick-off to Pittsburgh Pride 2016, Ready. Set. Pride. will be held from 5 p.m.-10 p.m. June 5 along the 5800 block of Ellsworth Avenue in Shadyside. The street festival will feature a varied lineup of entertainment.

June 9 — WET
If you want to partake in the festivities while staving off the heatwave, WET is the event for you. Held at Skybar Pittsburgh, WET, an 18+ pool party, is scheduled from 8 p.m.-midnight June 9. A ticket will cover a night of dancing, swimming and a complimentary Jim Beam drink for guests 21 and older.

June 10 – 2016 Pub Crawl
Explore Pittsburgh, and get some free or discounted food and drinks, via LGBT-friendly bars and clubs Friday night during the 2016 Pub Crawl. Starting at 8 p.m., buses will continually loop through the 11 participating locations around the city. Buses will arrive and depart at each location every 20-25 minutes until 2 a.m.

June 11 – KESHA at Pride in the Street
Saturday’s downtown concert/dance party on Liberty Avenue will be headlined by Kesha. The multi-platinum selling artist has long been an advocate of LGBT rights and was chosen to receive the Human Rights Campaign’s Visibility Award earlier this year. Rapper Angel Haze will open for Kesha. Tickets to Pride in the Street are $38, and are available at the Pride website.

June 12 – 2016 Pittsburgh Pride Equality March
Start off a busy final day of celebrations with the Pittsburgh Pride Equality March. Leaving Boulevard of the Allies at 12 p.m., the march will proceed through Grant Street, Fifth Avenue and end on Liberty Avenue. This year’s march will be supported by over 130 organizations and groups and feature floats and marching contingents.

June 12 – PrideFest
Closing out the festivities on Sunday will be PrideFest, a free day-long event. Beginning at 1 p.m., PrideFest will feature three stages of entertainment, street performers, carnival games, a DJ/dance area sponsored by Cruze Bar, more than 150 vendors and more. The entertainment will include country artist Matt VanFossen, Canadian singer Shawnee and rapper and singer Dev, who is best known for her 2011 hit “In the Dark.”

Tickets to all of the Pittsburgh Pride 2016 events can be found here.