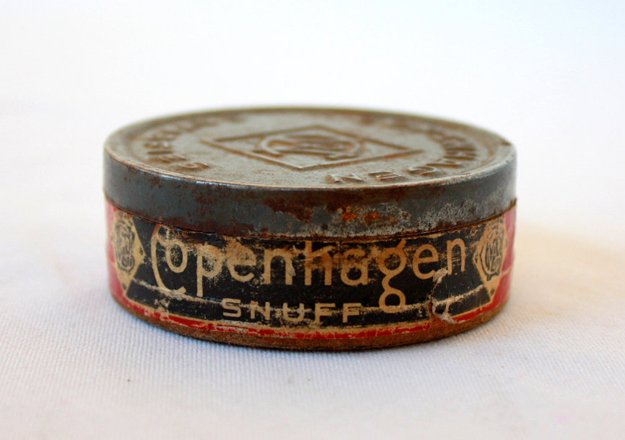 I don't chew, but I am fascinated by the many ways that Pittsburgh has played unexpected and important parts in American culture. And in the 18th and 19th centuries, as the city built a reputation for glass and metals, cork and coffee, it also became a powerful player in the tobacco business.

In the early 1820s, local tobacconist George Weyman put together a new blend of chew that he called "Copenhagen" snuff, widely recognized as one of America's earliest consumer products with a brand name. In its famous round cans, the early output from Copenhagen was branded as "unrivaled for quality and flavor." Plenty of people found pleasure in a pinch of this Pittsburgh product.

Weyman's success with Copenhagen enabled him to expand. He renamed the company "Weyman & Bros.," built a retail store on Smithfield Street downtown, a six-story brick factory on Duquesne Way and an "eastern office" on Broadway in New York City.

All across America, baseball players developed an affinity for snuff and chewing tobacco — but Pirates great Honus Wagner is still remembered for not wanting his image sold with a tobacco product. His reluctance inadvertently created the most valuable baseball card of all time.

In 1922, the Weyman-Bruton Co. became United States Tobacco; today, Copenhagen is made by the U.S. Smokeless Tobacco Co., based in Virginia. Even now, the company proudly traces its history back to Weyman's tobacco shop in Pittsburgh.

This article appears in the June 2012 issue of Pittsburgh Magazine.
Categories: Rick Sebak