The Right Note: Pittsburgh Has a Grammy-Winning Symphony

Pittsburghers, reeling from disappointments with our local sports teams, have found a winner with the Pittsburgh Symphony Orchestra, which is bringing two trophies home to the ‘Burgh, the first time it has done so since 1993. 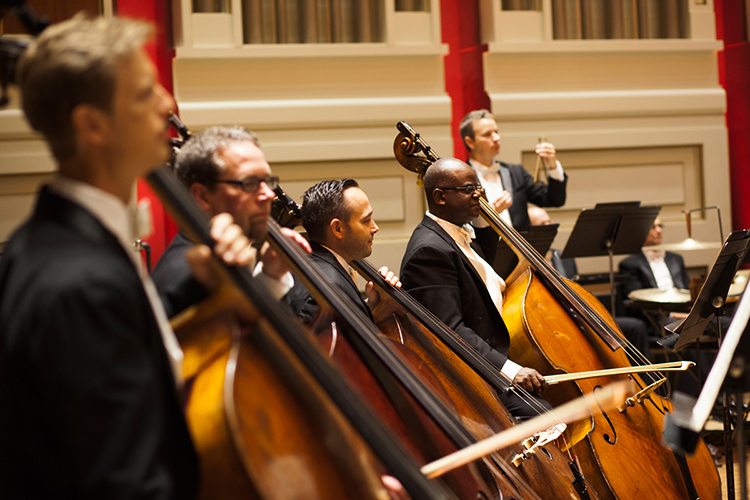 Bruno Mars was the big winner at Sunday night’s 60th annual Grammy Awards, but two of the night’s awards are coming home to Pittsburgh.

Pittsburgh Symphony Orchestra musicians won both awards for which they were nominated, including Best Orchestral Performance and Best Engineered Classical Album. PSO won the best orchestral performance award for the “Shostakovich 5/Barber Adagio CD.” Mark Donahue won for the engineering of the album.

We are proud of the PSO! #Grammys yesterday confirm what we know, Pittsburgh Symphony Orchestra is a treasure. https://t.co/ljovAp319r

Pittsburgh's #CityofChampions nickname doesn't just apply to our sports teams. We've got a lot of talent on the stage as well, including the now TWO-time Grammy award-winning @PSOMusicians. #GRAMMYs https://t.co/5c6Dg40Bdt

Pittsburgh Symphony Orchestra last won a Grammy in 1993 for "Best Classical Instrumental Solo with Orchestra" for its performance of "Tchaikovsky: Variations on a Rococo Theme."

Congratulations to all the 2018 winners.

A post shared by Pittsburgh Symphony Orchestra (@pittsburgh_symphony_orchestra) on Jan 28, 2018 at 2:27pm PST