The Return of the Spring

The Three Rivers Arts Festival kicks off this weekend with the return of the Point State Park fountain and some great concerts. 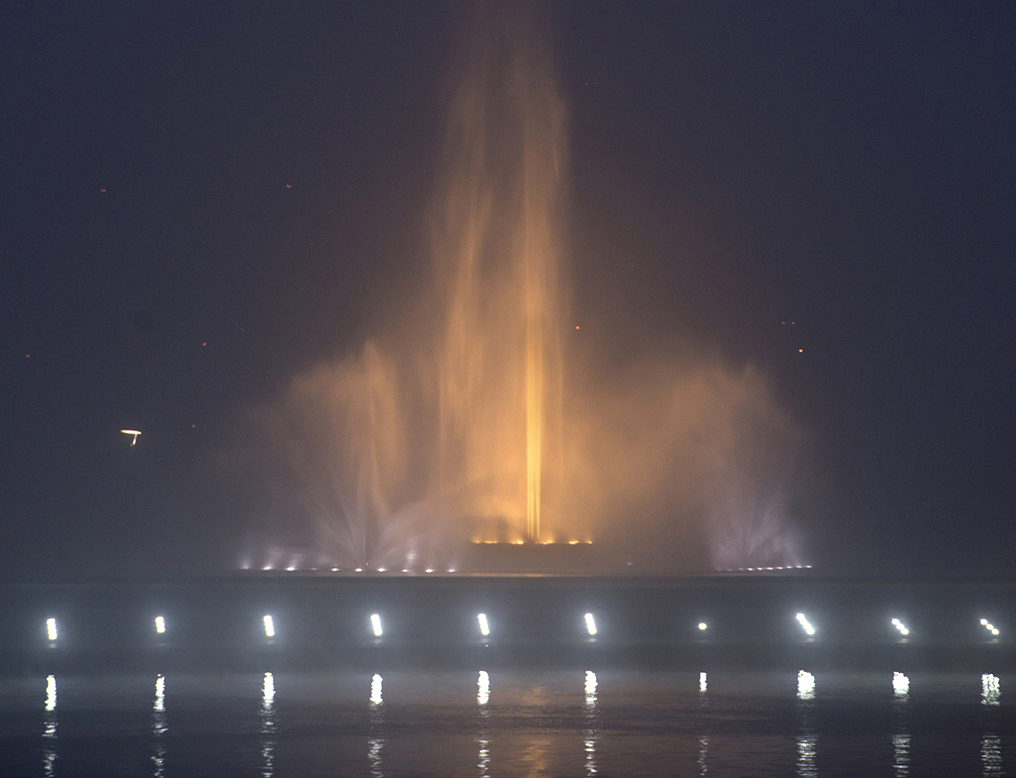 Arts, music & a whole lot of water
Tomorrow marks the kickoff of this year’s Dollar Bank Three Rivers Arts Festival, which includes a return of the Point State Park fountain. For the fest, the park, Cultural District and Gateway Center will be filled with a variety of performances from local theater companies, bands and dancers, as well as visual art and film.

Highlights this weekend include musical performances from Donora, Cello Fury with Joy Ike and Scott Blasey, Ralph Stanley, and Edward Sharpe and the Magnetic Zeroes — plus dance showcases from kNOTdance aerial dancers and film showings of Maxo Vanka’s Masterpiece: The Murals at St. Nicholas Church. Don’t forget to visit the Juried Visual Art Exhibition to vote for the People’s Choice awardee; the Artist Market, where you may find a new decor focal point; and the Hands-On-Activity stations for a chance to show off your DIY skills. The festival runs daily from noon to 8 p.m., with varying times for all events.

Bizarre indie collaborations at The Warhol
Singer/songwriter Kimya Dawson, sometimes of indie duo The Moldy Peaches, expanded her cult following after her tune “Anyone Else but You” appeared in the Oscar-winning film Juno. As a defiantly uncategorizable performer, though, she never used the mainstream attention as an opportunity to go pop — in fact, her projects have become more unusual. Take, for example, The Uncluded, a pairing with hip-hop producer Aesop Rock; Dawson's sing-song melodies are paired with thumping drums and off-the-wall rap verses in a dissonant but appealing way. The duo will play an intimate set tonight in The Andy Warhol Museum’s theater space as part of The Warhol’s Sound Series.

Review: The Internship
We know that the iconic workplaces Google constructs for its young crew of tech wizards are pretty darn cool. We've seen one. It was awesome. We just question the decision to wrap a feature film around them. This weekend, Wedding Crashers chums Vince Vaughn and Owen Wilson reunite in The Internship, a flick about a pair of aging tech-phobics vying for an internship with the tech giant. While the stars have generated plenty of laughs, the movie seems more like a ploy to cash in on Google’s fame and style than, you know, an actual idea. Read the review in this week’s edition of After Dark!

In Theaters: In addition to The Internship, this weekend also sees the release of The Purge, a sci-fi horror flick positing that in the future, all crime will be legal for 12 hours per year. Ethan Hawke stars. PM Film Editor Sean Collier will appear on the 102.5 WDVE Morning Show Friday at 7:15 a.m. to review The Internship and The Purge; he’s already dreaming up a crossover where Vince Vaughn and Owen Wilson have to fight to the death in the middle of a Google office. Tune in to 102.5-FM or DVE.com to hear Sean’s reviews!

Join Tasha and Charlie Batch on Sunday for the fourth annual Panera Pup Walk at The Waterfront for a family- and dog-friendly stroll, plus contests and prizes. Proceeds benefit the Western Pennsylvania Humane Society. Click here for details and registration. —K.H.