The Regatta by Land, Sea or Air

Don't let the tumultuous rivers keep you away — there are plenty of reasons to take a trip to the EQT Pittsburgh Three Rivers Regatta this weekend. 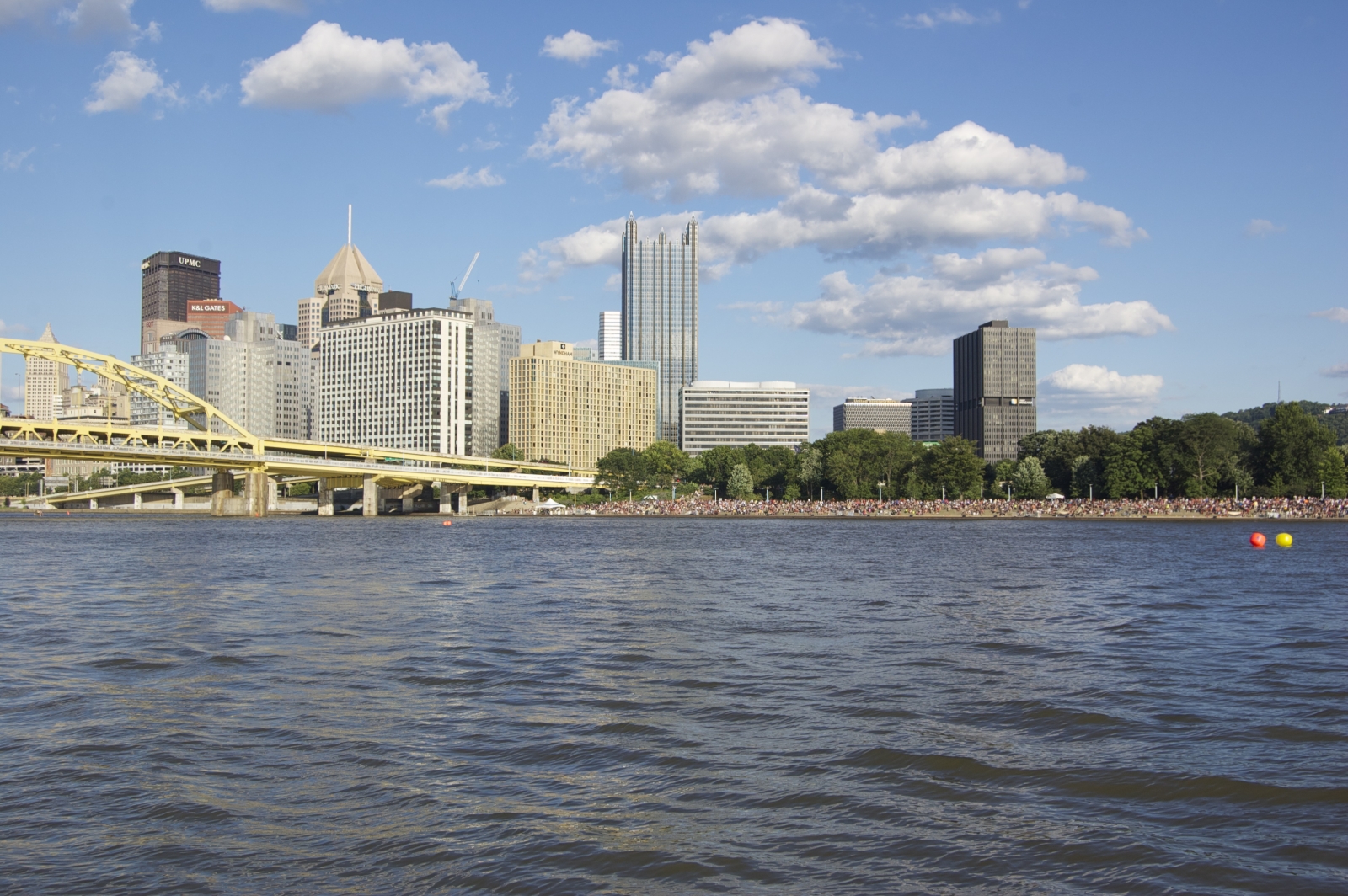 Editor's Note: Organizers of the EQT Pittsburgh Three Rivers Regatta announced Friday morning that all boat races are canceled because of hazardous river conditions, a first in the event's 38-year history.

Can you have a Regatta if the water itself is being difficult?

In Pittsburgh, you can. We’re not in the business of letting less-than-favorable conditions get in the way of a good time. (Just ask everyone who’s ever been rained on at the Three Rivers Arts Festival.)

After all, “This is Pittsburgh’s official Fourth of July celebration,” says Darcy Kucenic, senior events coordinator for Peony Entertainment (which has taken the reigns of programming the entertainment this year). “It also really combines the use of land and water very well,” she says — in other words, there’s plenty of dry stuff to do and see at the EQT Pittsburgh Three Rivers Regatta.

Among the attractions: a 90-foot Ferris wheel outfitted with LED lights and synchronized music. There’s particular resonance in bringing the iconic carnival ride to downtown Pittsburgh; it’ll be stationed just across the river from the old stomping grounds of George Ferris, the North Sider who invented the ride for the 1893 Chicago World’s Fair (then, the World’s Columbian Exposition). The wheel will be positioned so that riders can watch concerts on the Regatta’s main stage from mid-air (finally, a decent vantage point for those cell-phone photos).

Speaking of the music, the Regatta is going full country for 2015. “This is a huge market for country music,” says Kucenic, “so we saw the potential to have current headlining acts.” Tomorrow night’s headliner, Brett Eldredge, is a rising star who sent the single “Don’t Ya” to the top of Billboard’s country airplay chart in 2013; he was among the opening acts for Taylor Swift on her “Red” tour. Sunday’s feature act, Chris Young, won the USA Network’s “Nashville Star” reality competition show in 2006; since then, he’s released four albums, and five of his singles have topped the country charts.

Before the fireworks on Saturday, the Air Force National Heritage Band will keep things nice and patriotic. Earlier in the day, locals including The Delaneys, Boulevard of the Allies and everybody’s favorite dual-weapon cover band, Bon Journey, will take the stage.

As for the water: Yes, unfortunately, all events have been canceled due to high water levels, fast currents and an unusual prevalence of debris in the water.

Most importantly, though, the Regatta always is awash with things to do, see and eat — regardless of any potential water hazards. “There’s activities all day, every day,” Weber says. Saturday brings the Monster Energy Drink BMX Stunt Team to the North Shore’s Riverwalk. Music, food and more will fill Heinz Field and the Great Lawn. I Made It! Market will be in full swing. Frisbee dogs will perform at Point State Park throughout the weekend.

Frankly, you could’ve gotten me down to the Point just for the frisbee dogs.