As Dorothy said, “there’s no place like home.” These brides made their hometown the star of their wedding.

From cookie tables to Heinz Chapel ceremonies, these Pittsburgh born-and-raised brides made the Steel City the centerpiece of their wedding day. 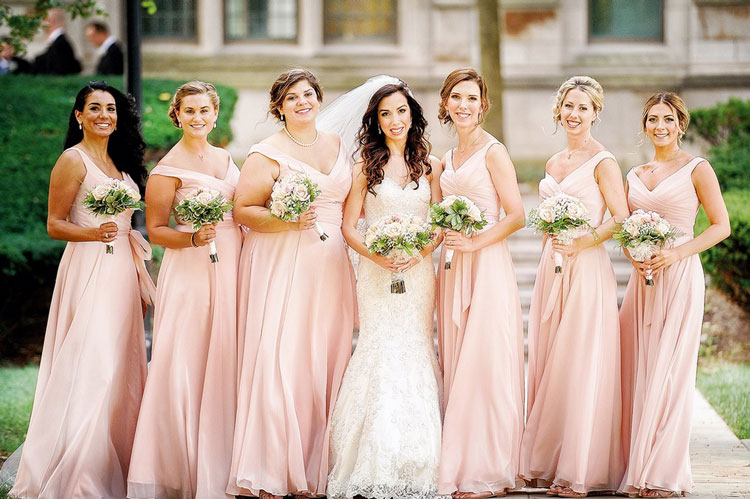 Although Stephany Soltis and her husband, Matthew Swalley, met in California through work, Stephany was set on having her wedding in Pittsburgh after he proposed in June 2015.

“Pittsburgh is really heavily influenced by tradition, so I always wanted a very traditional wedding and figured, ‘What better place to have it then my hometown where all my good friends and family still live?’” she says. 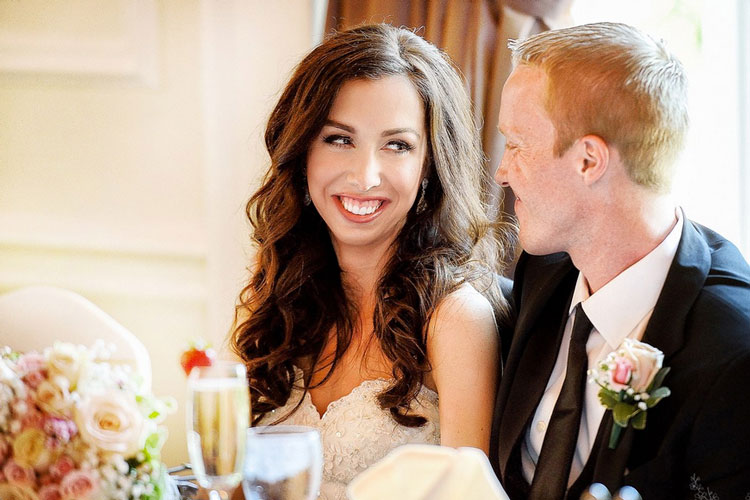 The couple married on Aug. 6, 2016 at Heinz Memorial Chapel, with a reception at the University Club in Oakland.
​
Sarris chocolate covered pretzels — a long-standing Pittsburgh tradition in Stephany’s family — were the most important wedding favors.
​ 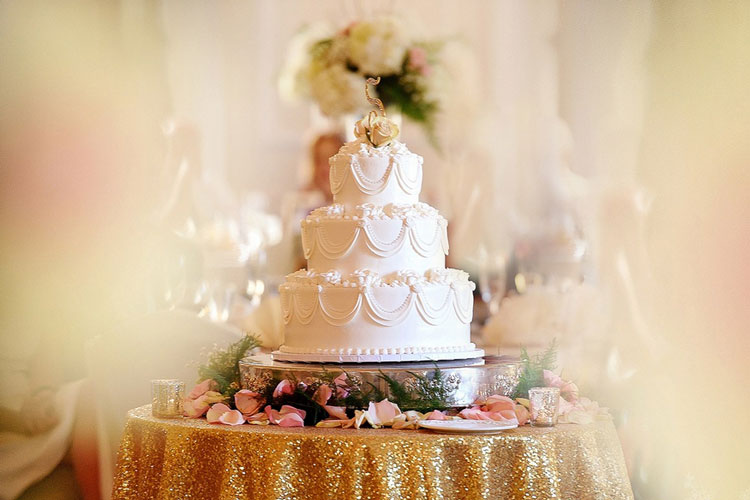 Stephany says that, although she followed the traditional outline of a Pittsburgh wedding — cookie table included — the people in attendance were what made her day truly special.

“Everyone at the wedding had at least had some tie to Pittsburgh, so it was nice to bring everyone back to our favorite place,” she says. 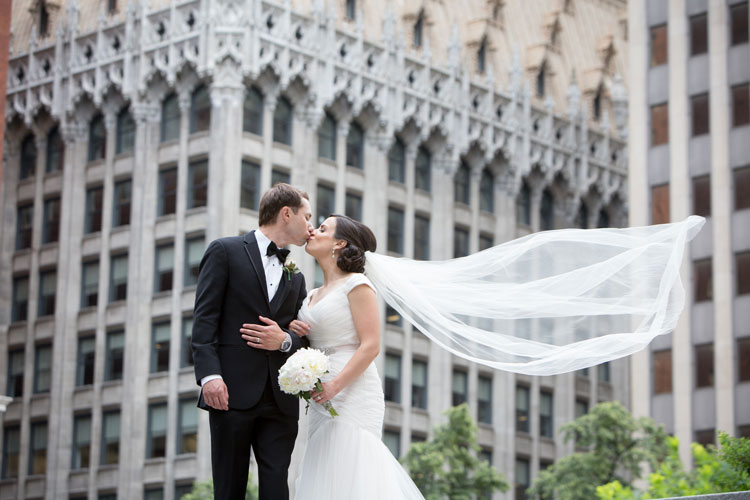 “I introduced myself to him and said, ‘Hey, you’re from Pennsylvania? So am I,’” she says. “When you’re 22 years old and in a brand-new small town it's always nice to hear someone’s from your neck of the woods.” 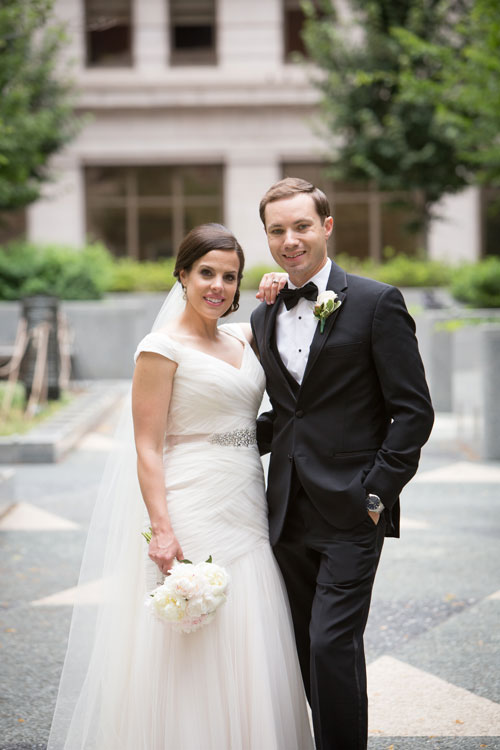 The couple started dating a few months later. In March 2008, Angela moved to Bristol, Tenn. to work at WCYB, and Jordan joined her at the station shortly after in July. After seven years working together, the couple moved back to Pittsburgh — where they only recently started working for separate companies.

Jordan proposed in 2015, and the couple married on July 2, 2016 at Epiphany Catholic Church with a reception at Marriott City Center. 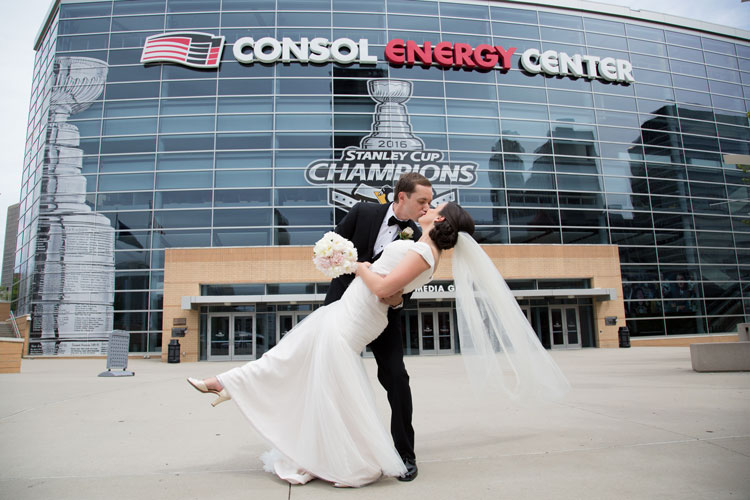 Their wedding included many Pittsburgh details, such as the city skyline on the save-the-date cards, a cookie table, welcome bags with Eat'n Park Smiley Cookies and a book of things to do from VisitPittsburgh.

“We kind of did what was right for us. We didn’t have Terrible Towels and a black-and-gold theme,” she says. “Some people go all out. Ours looked like a traditional wedding, but for the people that were [from] out of town, it was a nice touch.” 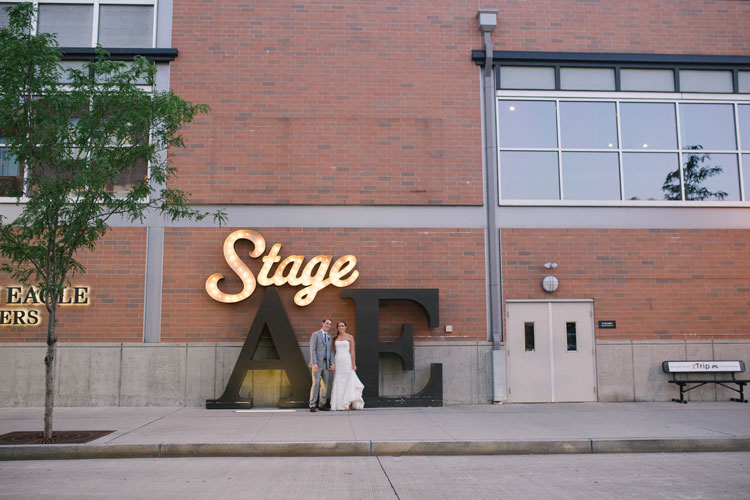 For Lee Orr and Jamie White, the Pittsburgh spirit ended up playing an unexpected role in their day.

They married on Aug. 6, 2016 at Stage AE, and Lee says she wanted to incorporate her city into her wedding as much as possible. Once the reception got going, the venue opened up behind the stage to reveal the Steelers stadium and part of the cityscape behind the live band. For centerpieces, Lee's dad made replicas of the city's bridges, and guests used koozies that ready "Cheers Yinz.” 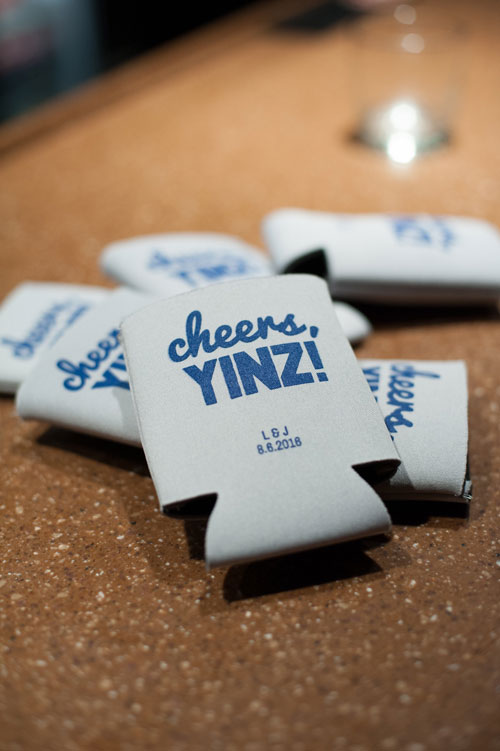 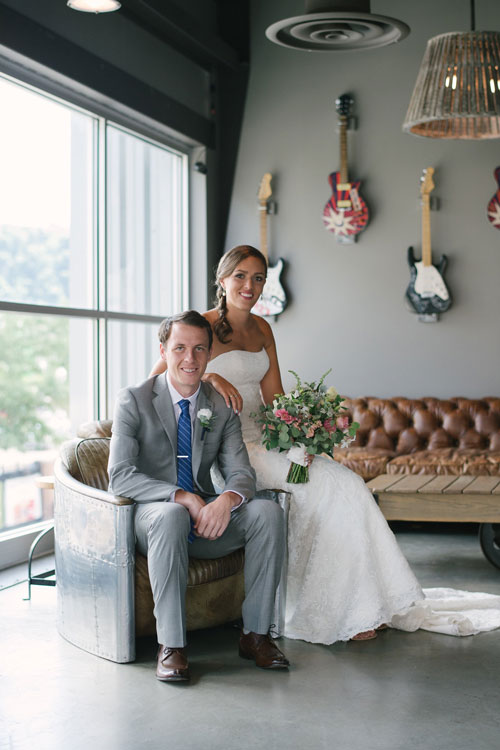 But the most memorable part of the wedding was an act of kindness by a stranger, Lee says.

Her mother planned for a boat to arrive to take Lee in her wedding dress to Primanti Bros. in Market Square, but the boat had mechanical issues. Since it was regatta weekend, Lee’s mother simply walked over to the river and caught someone's attention. The helmsman kicked all of his friends who were coming from the Pirates game off of the boat and gave the bride and groom a ride to the other side of the river. 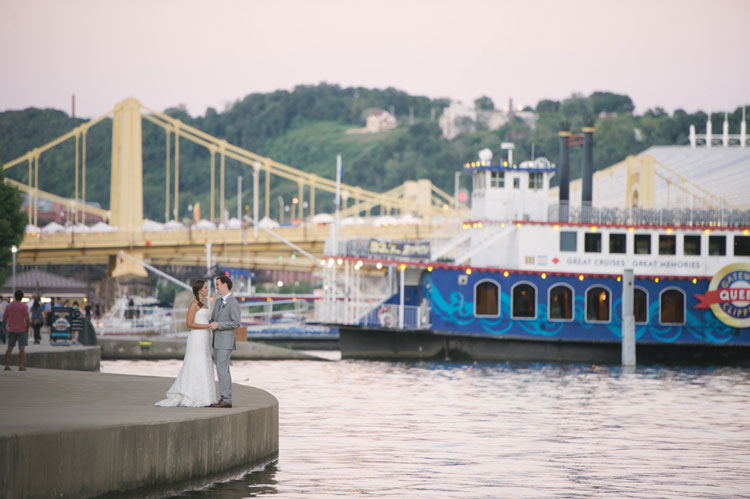 “It was my favorite way to show off Pittsburgh because it was such a Pittsburgh moment for a stranger to offer up his boat to take us where we wanted to go,” Lee says.