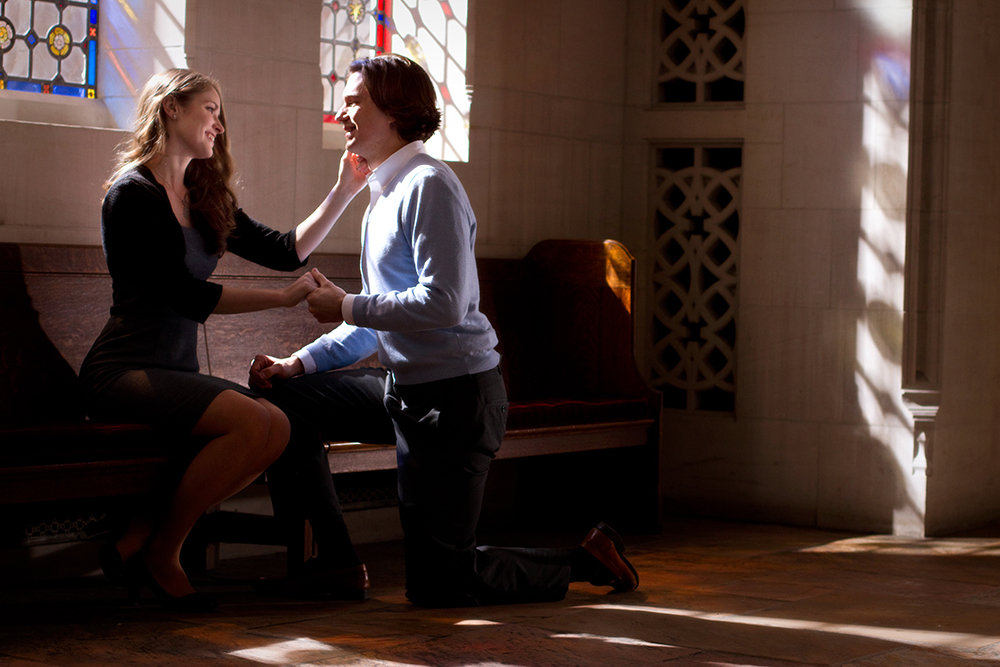 Sarah Pease of New York City never intended to become a professional proposal consultant. But then she heard a friend’s story: The hopeful suitor had placed the ring in the bottom of a bucket of fried chicken.

“His heart was in the right place, but that was not the right thing to do,” Pease says. “When I heard this story, I thought, There has to be a better way.” After all, Pease adds, “many couples are hiring wedding planners. If you can hire a wedding planner, why not a proposal planner?”

Statistics show that men could benefit from expert assistance when popping the question: According to a joint survey by The Knot and Men’s Health, one in four brides-to-be is disappointed by her proposal. “I can’t tell you how many men say to me, ‘Sarah, I wish I had done a better job.’” Pease cautions that “there is no redo. Having the peace of mind that you got it right is immeasurable.”

It’s been five years since Pease established her company, Brilliant Event Planning, and since then, she has worked with hundreds of clients from across the globe. Her fees range from $500 for a simple consultation to $10,000 or more for an elaborate staging. 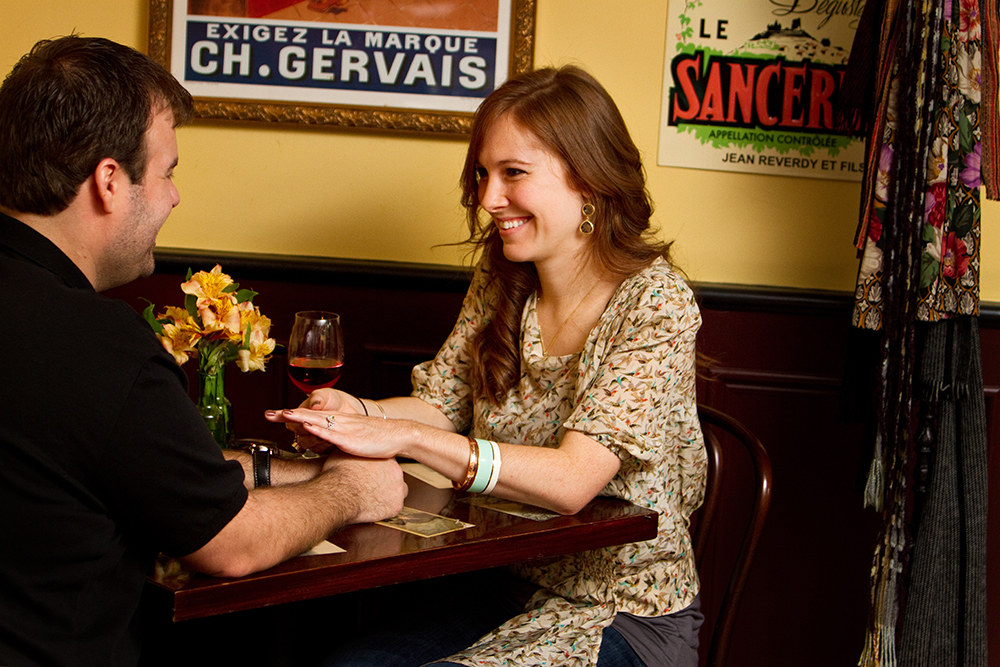 Pease’s expertise came in handy for Pittsburgher Matthew Fowkes, 36, an internet entrepreneur. Fowkes envisioned proposing to his girlfriend, business analyst Melissa Barnickel, 26, while on vacation in New York City — but in order to execute his plan, he needed some help. To create a vintage Paris theme, Pease and Fowkes rented out a French bistro in trendy Park Slope and staged it with antique chandeliers, a quartet of singers, a guitar player and a five-tier cake.

They filled the space with undercover paparazzi to catch every moment on film and video before Fowkes and his (hopeful) fiancée took off in a white 1932 Hupmobile. Barnickel’s reaction? “It’s every girl’s dream to have something so special,” she says. “I loved it.”

Although the proposal was costly, Fowkes says, “I didn’t mind spending the money for a memory we will have forever. I wanted it to be perfect.” 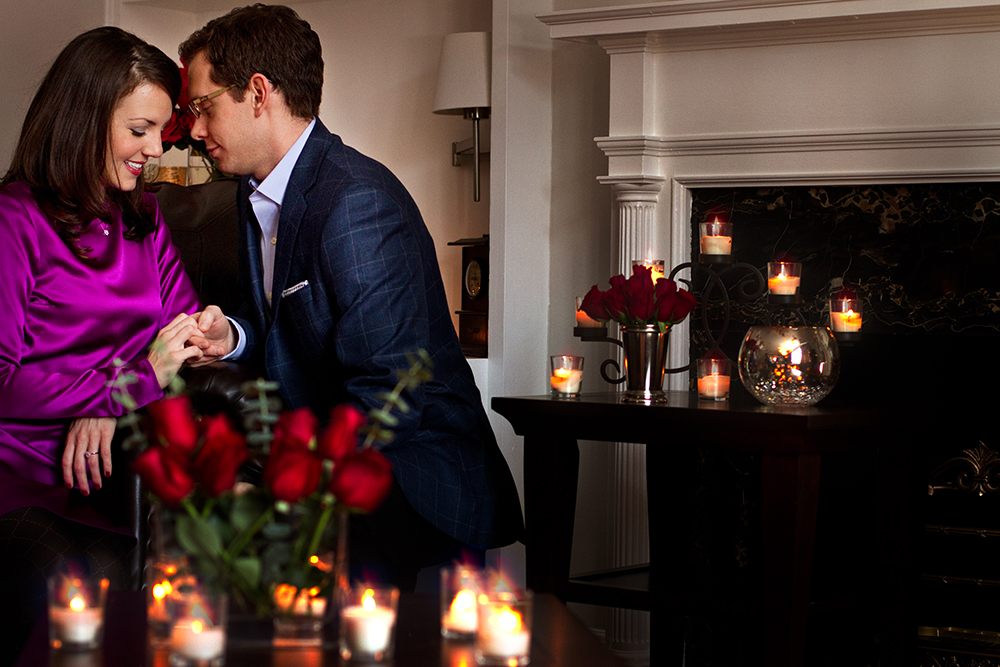 While professional proposal consulting is a relatively new business, Pease isn’t the only one offering such services. Locally, Sean Gray has expanded his event-planning and interior-design business, Sean Gray International, to include proposal consulting and staging. One of his recent clients was lawyer Jeff Weimer, 29, who wanted to propose to fellow lawyer Jill Albrecht, 30, by covering the first floor of their Regent Square home with tea lights, red roses and Casablanca lilies on the anniversary of their first date.

While Weimer and Albrecht were dining with friends at Meat & Potatoes, Gray headed to their place to set the scene. With Gray standing by, waiting to light the candles and leave the couple’s home, timing was critical. Things took an unexpected turn when Albrecht told Weimer that she had to return to the office after dinner for a few more hours of work — but he successfully stalled her by ordering coffee.

Once Albrecht finally agreed to go home, Gray left their place, flowers placed and candles lit. Weimer feared she would see the glow in the windows and figure out the proposal was coming — but instead, she thought they had been burglarized! When inside, Weimer dropped to one knee, and Albrecht realized it was all for her.

“I love surprises,” she says. “It’s not easy to trust that all will go smoothly when it’s in someone else’s hands,” recounts Weimer, “but I knew this had to be a surprise.”

“A proposal should be about that moment,” Gray says. “The couple should be totally in the moment, not sweating — and Jeff should not have to ask her to wait outside while he lights the candles.” (Gray’s fees, like Pease’s, start at $500 for a written consultation and increase based on the level of hands-on assistance.) 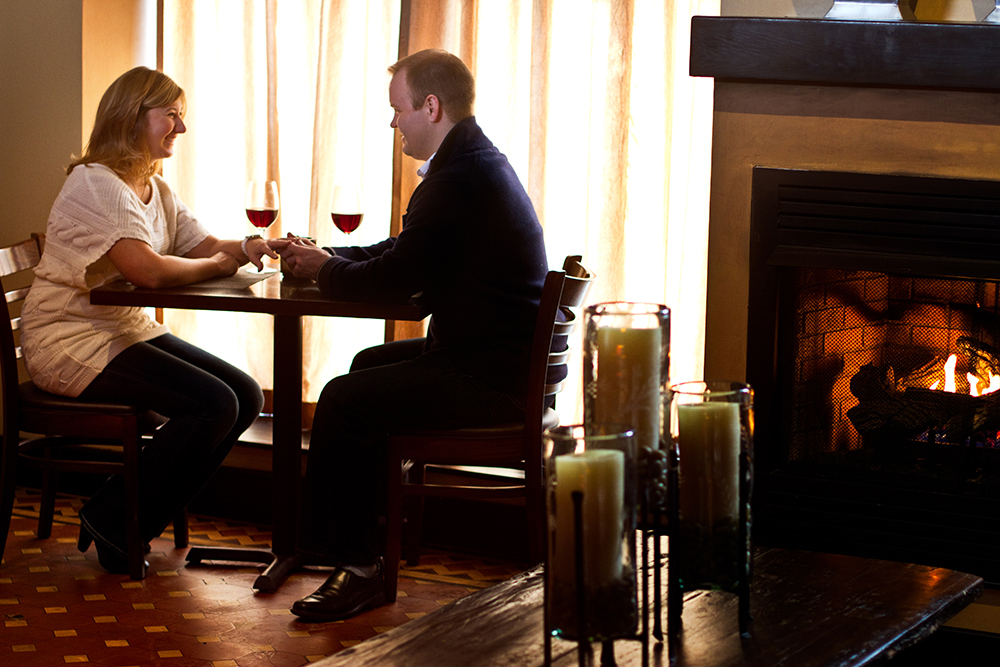 The next two Pittsburgh grooms-to-be, however, proved that some guys can trust their own instincts and get the art of the proposal right. Bradley Busse, 29, a commodities trader, explained that after three years of dating Jennifer Crain, 30, a senior tax associate at a regional accounting firm, he “knew it was time to propose. I started thinking of creative ways to make her smile and say ʽyes.ʼ”

His first idea: take a hot-air balloon ride over a field, with the words “marry me” written in the field. Logistically, though, he feared too much could go wrong. Then, in a dream, he got an idea.

“We spend much of our time in Shadyside and have a lot of memories there. So I came up with a scavenger hunt — five different clues to send her to five different places. I started taking notes on my iPhone.” Meanwhile, as he was note-taking, Crain thought “he was texting another girl.”

In reality, Busse was trying to recall all the places they visited on their first few dates so he could come up with symbolic hints. During the hunt, the last clue was an image of a spoon on a large piece of black cardboard. This led Crain to the eponymous restaurant on South Highland Avenue, one of their favorite spots. When she walked inside, Busse got down on one knee and popped the question. Once Crain said “yes,” the staff brought over champagne, and other diners applauded.

“He put so much planning and thought into it, and the proposal was amazing,” says Crain. The only problem? Busse may have raised the bar too high for his buddies: “I have a friend whose wife says she wants a redo!” 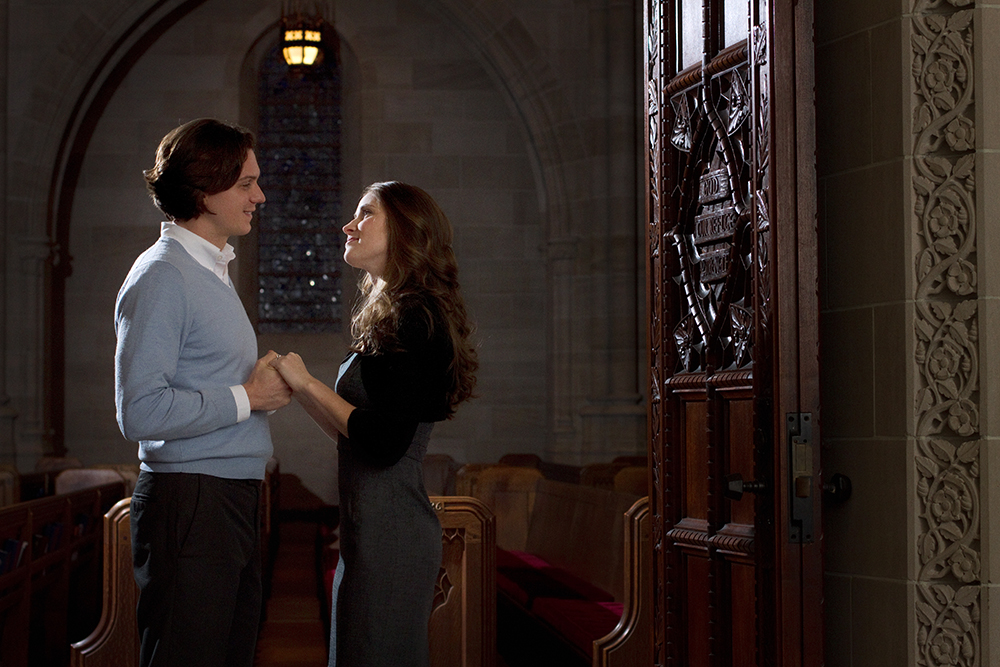 Trial lawyer David Belczyk, 31, is something of a renaissance man. He has recently published several works of poetry and fiction — and his proposal to opera singer Rebecca Sharick, 24, reflected his poet’s soul. The couple met at St. Paul Cathedral in Oakland; Belczyk liked the symbolism and romance of proposing to her at the white-domed La Basilique du Sacré-Coeur (Basilica of the Sacred Heart), a historic Roman-Catholic church perched high on a hill just north of Paris.

To get there, he first traveled to the Italian village of Oderzo, Italy, where Sharick had been performing opera; in the weeks leading up to their reunion, the couple kept in touch via handwritten letters. After backpacking through Rome and Nice, the pair finally journeyed to Paris. On the morning of Belczyk's proposal, he suggested that Sharick put on her nicest dress before they walked across the city — grabbing fresh strawberries along the way — and headed up the hill to Sacré-Coeur.

Sharick says she will never forget that walk.

“I could feel his heart beating in his hand,” she recalls. “I knew it was going to happen.” Once inside the church, Belczyk asked her to be his wife. All the energy he put into planning the proposal was well worth it, as Sharick calls it pitch “perfect.”

This article appears in the February 2013 issue of Pittsburgh Magazine.
Categories: From the Magazine