The Power to Advocate

The Pittsburgh Foundation is speaking up for our community’s most vulnerable populations. 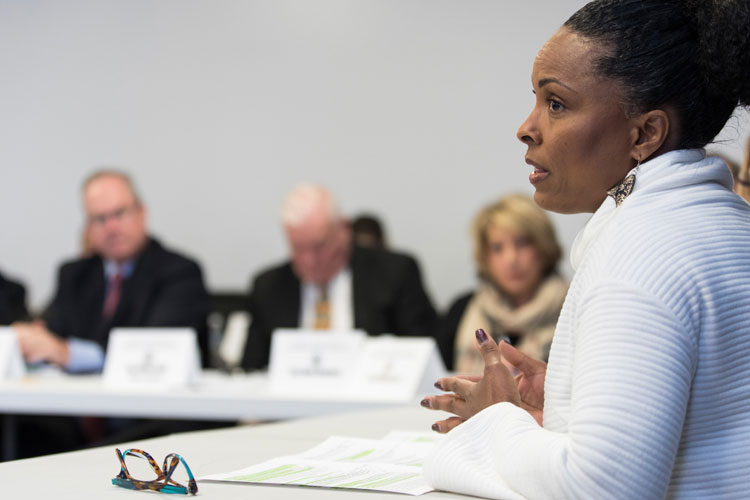 Since 2015, The Pittsburgh Foundation has focused its efforts through 100 Percent Pittsburgh, an organizing principle for grantmaking and other actions to provide more opportunity for those left out of our region’s economic resurgence. Now, the Foundation is expanding its role as convener and advocacy leader in improving conditions for our community’s most vulnerable populations.

Khalif Ali, the Foundation’s director of public policy, has been coordinating research and lobbying for action on a range of issues that hold people back from full economic participation. Remedies include raising the minimum wage, requiring employer-provided sick days and eliminating driver’s license suspension as a penalty for non-driving infractions.

In 2017, the Foundation helped lead a summit of community foundations from across the state to set advocacy priorities that attendees would pursue together over the next several years. The list that emerged: combating the opioid crisis, preserving state funding for human services, implementing fair funding for school districts and helping to right financially struggling municipalities.

A year before that summit, the Foundation co-launched a statewide advocacy campaign to protect Pennsylvanians in need of essential human services from harm in state budget negotiations. The Foundation joined with United Way of Southwestern Pennsylvania to fund #FamilyFirstPA, a campaign targeting policymakers to make funding for vital human services a priority in the next budget.

The campaign recruited leaders in nearly every sector of life across the state, and Pennsylvania families shared personal stories of how human services have helped their families thrive. Their efforts proved effective; the campaign was cited as a factor in state officials coming to an agreement on a spending plan that includes protection of funding for essential human services.

Today, the Foundation is focused on critical issues such as poverty and inequality, juvenile justice, evictions and affordable housing, and how to make it easier for single women raising children to succeed.

This article appears in the October 2018 issue of Pittsburgh Magazine.