The Pittsburgh Steelers, Pirates and Penguins Join Together for Charity

Celebrity Care Fest is making its return for the first time since the pandemic hit in 2020. 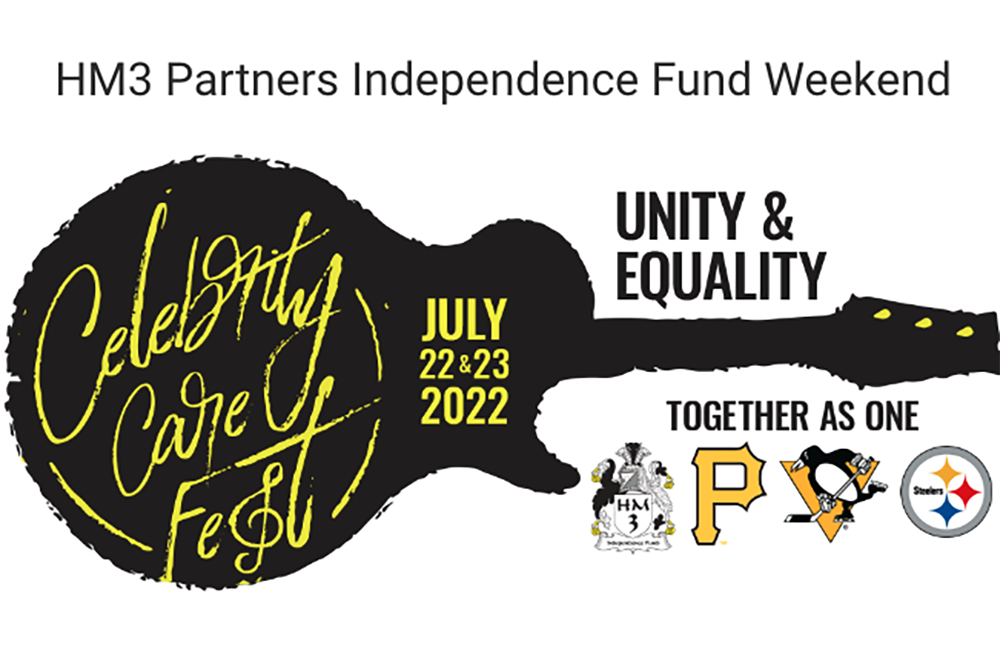 What do you get when you combine the Pittsburgh Steelers, Pirates and Penguins? The answer is Celebrity Care Fest, a star-studded charity event that’s making its return for the first time since the pandemic hit.

The teams, along with a nonprofit called the HM3 Partners Independence Fund, are hosting the event this weekend, July 22 and 23. It’ll kick off with the Unity & Equality Dinner on Friday, ahead of Saturday’s concert featuring The Jacksons, Lou Gramm of Foreigner, the Temptations and Queen V. A songwriter from New York, Queen V is also the wife of former Steelers head coach Bill Cowher.

The dinner will honor Emmy- and Golden Globe Award-winning actress Jane Seymour, founder of the Open Hearts Foundation, and activist Xernona Clayton, an international civil rights leader who was also instrumental in the development of the International Civil Rights Walk of Fame.

Richert, who is also a board member for the HM3 Partners Independence Fund, calls the event “a really exciting way to bring people together and at the same time be able to contribute to local charities in the region.”

“It’s a wide range of charities that will benefit,” he says, naming Cam Heyward’s Heyward House, Ryan Shazier’s Fund for Spinal Rehabilitation and numerous other organizations focused on big issues like food insecurity, health care and more. Each team also gets to decide how to allocate the funds it raises to best serve the community.

“Especially coming through Covid on the other side, the need is even greater than ever,” Richert says.

In years past, portions of the tens of thousands of dollars raised went to the local YMCA; the Greater Pittsburgh Community Food Bank; The Jerome Bettis Bus Stops Here Foundation, which offers various educational, recreational, development and financial assistance programs for youth; various scholarship foundations; and more. Even throughout the pandemic, when Celebrity Care Fest was on hold, the HM3 Partners Independence Fund has donated to pandemic-relief initiatives around the region.

With a theme of Unity & Equality this year, the event promises to showcase exactly that through both its commitment to charity and its partnership between the three biggest teams in Pittsburgh.

The event is held at the residence of HM3’s chairman Patrick Hampson and his wife, Debi, at 405 Avonlea Ct. in Gibsonia. Tickets are on sale now.