The Pittsburgh Monologue Project Wants to Tell You a Juicy Secret

The city’s up-to-the-minute anthropologists return for their eight year at the ModernFormations Gallery in Bloomfield. 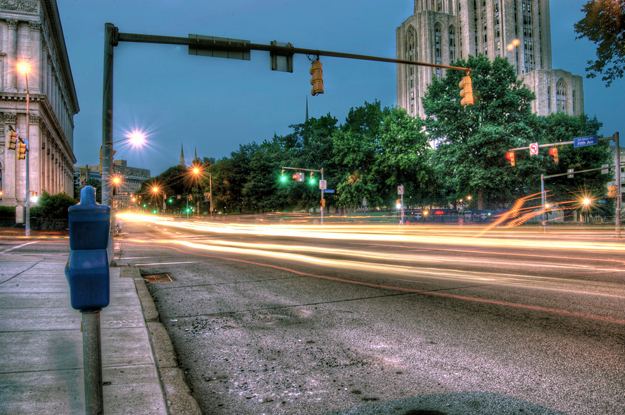 Are you the type to hold in-depth, unprovoked conversations with strangers? Don’t feel the need to answer out loud. I’ll trust your uncomfortable silence to mean that the answer is yes.

If you’ve spilled your life’s story to a particularly attentive passerby in the past eight years or so, you might want to head to ModernFormations Gallery this Saturday night. There’s a chance that your tale is part of the evening’s entertainment.

Robert Isenberg — who, among his very many hats, is a regular contributor to PM — first conceived of the Pittsburgh Monologue Project (PMP) in 2004. He found himself fairly regularly beset by folks wanting to talk — on the bus, on the street, in a bar, wherever he found himself, there they were. So, he says, “I thought I should really start writing this stuff down. I’m a magnet for weirdos.”

After turning these encounters into theatrical monologues, he began trying to find a home for a collection of unsolicited, unexpected theater. It was first performed in 2004 at La Prima Espresso, as presented by the Pittsburgh Cultural Trust; after that initial outing, Isenberg added writer Brad Keller as his co-creator. “He’s a very good writer,” Isenberg says. “And I knew he’d be really good with the sports stuff and the business stuff. I took the Greyhound set, and he took the rest,” he jokes.

What results is something of a feat of informational archaeology. The stories, rants and words of these anonymous contributors would otherwise pass into the ether (at least until they were foisted on another unexpecting individual.) In the hands of Isenberg and Keller, they’re put on life support and reconstructed as art. Isenberg is careful to clarify that this is by no means a work of journalism (conversations are dramatized, modified and obfuscated as appropriate),  but instead a glimpse at what Pittsburghers want to talk about when they’re ready to talk to just about anyone.

“After a while, you just know that you have a full narrative arc,” he explains, “a really interesting personality, and usually some kind of confession. And most of the time, they have no idea that what they’re saying is interesting.”

The PMP has been performed at Quiet Storm, the erstwhile Funny Bone, Pittsburgh Playwrights Theatre and elsewhere (including a regular spot in the theater department of Duquesne University). For the past few months, though, it has been in the hands of Vince Ventura and the still-new 12 Peers Theater.

I reviewed the debut performance from 12 Peers, The Weird, in this space earlier this year; their takes on the PMP amount to the second activity from the troupe. The Weird showed why they’re well-suited for a project like this: It was an unusual, off-the-wall, episodic piece of campy fun. It takes that sort of daring, that willingness to put together a more complex evening’s entertainment, to take on something like the PMP.

This Saturday’s performance is the sixth and final Monologue Project collection presented by 12 Peers. They’ve selected (sort of curated, actually) from a large base collection of pieces Isenberg and Keller have crafted over the past eight years; with over 260 individual monologues to choose from, this was no small task. All the evenings have been themed; this final iteration is called “Back in the Day.”

No surprise there. If you listen to people from Pittsburgh talk for any length of time, you’ll hear a good bit about the old days, after all.

It’s an odd, vital and fascinating project, and one that deserves your attendance (especially in an intimate, perfectly appropriate venue like ModernFormations.) With eight years of effort behind the project, there is certainly something more to it than a collection of conversations; in a very real way, Isenberg and Keller have become Pittsburgh’s to-the-minute anthropologists, letting us know who we are and how we live.

And if you do, in fact, find your own story on stage Saturday night, stand up and take your own bow. They couldn’t have done it without you.

Speaking of the good old days ….