The Pittsburgh Cultural Trust's First Gallery Crawl of 2015 is Tomorrow

Head to the Cultural District on Friday for a night of free comedy, art, film and food. 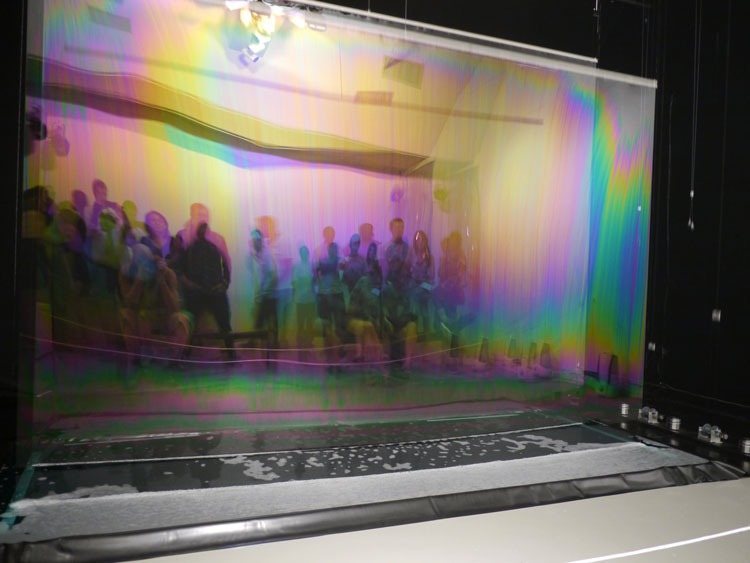 WINTER’S BEST REASON TO HIT THE STREET ARRIVES DOWNTOWN
How about a night of comedy, art, film and food, all for free? You just have to crawl for it. Pittsburgh Cultural Trust’s free Gallery Crawl happens four times each year, and tomorrow is the first event of 2015. Take a tour through 25 stops in the Cultural District, beginning where you choose. And while you’re downtown, step out of the cold for a few minutes and grab a drink at the Winter Night Market in the lobby of the Pittsburgh Cultural Trust office at 925 Liberty Ave. The Winter Night Market will include creations and concoctions from Pittsburgh vendors for the duration of the crawl.

Other sites along the way include the “Absence of Self” installation at Wood Street Galleries at 601 Wood St., short films by Pittsburgh Filmmakers at the Harris Theater at 809 Liberty Ave. and pop art by Jason Woolslare and music by the Velvet Beast at Backstage Bar at 655 Penn Ave. Creative Citizen Studios will debut its exhibit “Now You See Me!” at the Gallery Crawl, featuring the work of people with developmental and intellectual disabilities. “Now You See Me!” is a part of the larger “Art on the Walls” exhibit at the Greater Pittsburgh Arts Council (810 Penn Ave., seventh floor), which connects people with disabilities to the arts.
(Liberty Avenue between Sixth and Ninth streets, downtown; free; most events run from 5:30-10 p.m.; details here)
—Cristina Holtzer, PM Editorial Intern

THE NEWEST INDUCTEE IN THE AFTER DARK HALL OF FAME IS A STREET
Our inaugural inductee in the budding After Dark Hall of Fame was a restaurant chain that (mostly) doesn’t serve alcohol. Our second is a thoroughfare. Will we get to an actual bar at some point? Who’s to say! In the meantime, we considered the mission of this new series — to cite the most perennial and indicative aspects of nocturnal life in the Steel City — and immediately seized upon one particular stretch of road, a street that may have hosted more nighttime revels than any other within the city limits (and beyond). You’ll have to check After Dark for the reveal — in the meantime, we’ll let Moby give a pretty leading hint.

HALL OF FAMER BOB SEGER PLAYS CONSOL ENERGY CENTER
How resonant are Bob Seger’s hits? Consider the book “Night Moves” by Stephanie Barber. This is not a tome about that 1976 hit, really; rather, it’s a published collection of the surprisingly moving YouTube comments that accompany the song’s video. And make no mistake, they are fascinating. The Rock and Roll Hall of Fame inductee brings the Silver Bullet Band to Consol Energy Center Thursday, alongside fellow classic rockers The J. Geils Band. Plan to hear all of the expected favorites — we peeked at the setlist, and the double-encore is a killer.
(1001 Fifth Ave., Uptown; 7:30 p.m.; tickets and info here)
—Sean Collier, PM Associate Editor

IN THEATERS: This week’s new wide releases are a motley crew: animated also-ran “Strange Magic,” domestic drama “The Boy Next Door” and the bewildering “Mortdecai,” with Johnny Depp. Use the lack of perceived quality in those three to catch up on Oscar hopefuls; “Foxcatcher,” “Birdman,” “Boyhood” and “Whiplash” all have added additional local screenings in the wake of the nominations.

The touring company of Broadway’s “Pippin!” wraps this weekend at the Benedum; the musical won the 2013 Tony Award for best revival. —SC

Food trucks, music and much more will hit Shadyside this Sunday for January’s edition of the aptly named Weather Permitting, hosted by Shadyside Nursery. —SC