Robin Williams’ character in the hit movie was based on an accomplished Pittsburgh DJ. 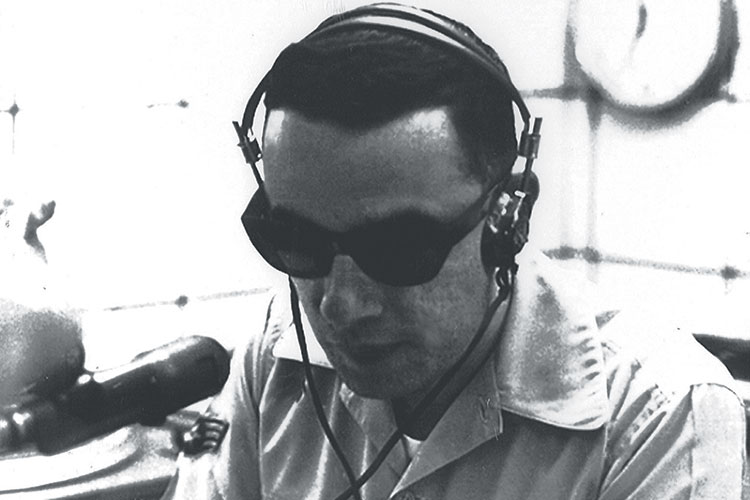 Pittsburgh native Adrian Cronauer achieved a bit of extra fame in 1987 with the release of the movie “Good Morning, Vietnam.” The movie’s main character, a 1960’s Armed Forces Radio Service disc jockey, was based on Cronauer — and used his name. The real Adrian Cronauer frequently pointed out that the character played by Robin Williams was largely fictional and improvised; as for the script, he said, “There’s a lot of Hollywood exaggeration and outright imagination.”

But Cronauer really had a radio show, “Dawn Buster,” in Saigon in 1965 and 1966, and he did begin all of his broadcasts with a long and loud shout of, “Good morning, Vietnam!” He had begun using the yell a year or so earlier while stationed on the island of Crete in the Mediterranean — where he started every show with, “Good morning, Iraklion!”

His love for radio began early. Cronauer was born Sept. 8, 1938. His father was a machinist in a steel mill, and his mother was a teacher; they lived in Homewood when Adrian was born, but the family later moved to Penn Township (now Penn Hills).

Not long after WDTV went on the air as Pittsburgh’s first television station, the 12-year-old Cronauer auditioned for a Saturday morning amateur-hour show. He became a semi-regular, often playing the piano for other contestants. “That’s when I caught the broadcasting bug,” he said, “and that’s when I decide what I wanted to do.”

He attended Penn High School and Central Catholic. In 1954 — not far from the latter school — the city’s second TV station opened at the corner of Fifth Avenue and North Bellefield. WQED was an educational television station, an experiment of sorts; its first program was a popular show called “The Children’s Corner,” co-produced by its lively host Josie Carey and a young puppeteer and musician named Fred Rogers (who was rarely seen on camera). Cronauer volunteered, starting as a announcer and cameraman and working his way up to director. He once told the University of Pennsylvania alumni magazine that he sometimes worked as an assistant to Rogers, opening his mail. “Rogers was so shy [at the time] he wouldn’t appear on television himself,” he remembered.

After helping found the University of Pittsburgh’s first on-campus radio station, Cronauer eventually enlisted in the Air Force, where he continued to focus on radio — eventually in Vietnam. “When I got to Saigon … it was a sleepy, little French colonial town. And in one year’s time, I saw it turn into a nightmare,” he said. His tour of duty there lasted less than a year, from May 1965 until April 1966, but many of the DJs who succeeded him in Saigon kept his iconic greeting.

After he left military service, he continued to work in television and advertising, doing voice-over work; he also used his distinctive voice as a classical music DJ at WQXR in New York City.

In 1979, when he and a fellow Vietnam veteran named Ben Moses went to see “Apocalypse Now,” they realized that movie didn’t depict the Vietnam they knew. They shopped a proposal around Hollywood, which would be adapted and rewritten to become “Good Morning, Vietnam.”

After the film’s success, Cronauer went on to law school; he eventually worked in Washington, D.C., for the Defense Department until his retirement in 2009. He passed away in July 2018 at 79.

This article appears in the January 2019 issue of Pittsburgh Magazine.
Categories: Rick Sebak