As coffee has evolved, our tastes have evolved with it, and now we have more ways than ever of bringing out the best in the bean. 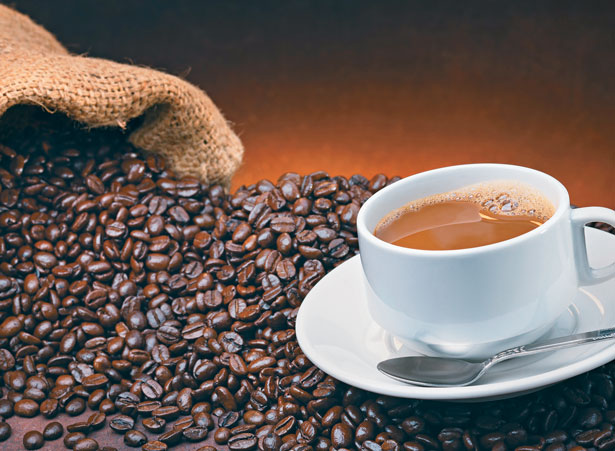 When it comes to coffee, we’ve come a long way. Back in the 10th century, a concoction of raw beans mixed with fat or smashed and fermented into a sort of wine was the best you could get (forget about a good latté). Once the practice of roasting beans began in Yemen around the 13th century, the progenitor of today’s coffee was born. The earliest form of the drink, which combined finely powdered coffee with boiling water in an open pot, remains popular in the Middle East, Turkey and Greece.

By the 1600s, coffee reached Europe and a number of brewing methods emerged, including percolation and plunger pots. The Italian espresso machine, introduced at the Paris Exhibition of 1855, was the most transformative, creating a rich, velvety drink with a 1-to-5 ratio of coffee to water. By contrast, the 1-to-15 ratio of the standard American filter-drip coffee makes it the world’s lightest brew—perhaps one explanation of why our country was primed to become Starbucks-obsessed.

But while we might have come late to the strong coffee game, we are players now. The demands we put on our baristas have even become a sort of national joke (double tall, nonfat, extra-dry cappuccino, anyone?). Yet despite our willingness to spend $3 on fancy coffee drinks, it’s easy to get stuck in a ho-hum coffee routine in our own kitchen. If you’re ready to transform your own morning cuppa joe from so-so to supremely delicious, there are a few easy rules to follow.

First, always buy whole-bean coffee and grind it yourself, for the same reason you re-cork that half-finished bottle of merlot: Oxygen. When you grind the whole bean, you expose more surface area to oxygen, so the best aroma and flavor disappear within days. Whole beans, on the other hand, can last up to several weeks when stored in airtight containers.

Another good step is to replace your blade (propeller) grinder with a burr grinder; the latter delivers an even particle size for better extraction. Blade grinders just chip away at the beans inconsistently, so that even medium or coarse grinds end up with fine powder—as a result, large particles can be under-extracted, making the coffee weak, and the small particles can be over-extracted, making the coffee bitter. (La Prima Espresso in the Strip sells a good burr grinder by La Pavoni that costs under $50, which is one of the more affordable models I’ve found.) Other pitfalls along the road to making truly great java are skimping on coffee—follow a general guideline of 1 to 2 tablespoons of ground coffee for every 6 ounces of water—and using water that’s not hot enough. Finally, there’s the question of what type of coffee bean and roast is best.

This dessert-in-a-cup is a decadent way to warm up on a chilly winter night. If you like, substitute a different liqueur such as kahlúa in place of the brandy. Serves 4.

In a saucepan, combine 3 cups strongly brewed coffee with 1 cup whole chocolate milk (you can also use plain whole milk, if you prefer) and 2 tablespoons granulated sugar and heat on stovetop. When the mixture is heated through (do not boil), add 1/3 cup of brandy. In a separate bowl, make the chocolate whipped cream: Using an electric mixer, beat 1/2 cup chilled heavy cream, 2 tablespoons sugar and 3 tablespoons unsweetened cocoa powder until it just holds soft peaks. Divide coffee among 4 mugs and top with chocolate  whipped cream.

Coffee has a reputation as a vice, but you can feel virtuous by buying the right beans. If you believe in sustainability for farmers and helping the environment, look for the Fair Trade organic beans from La Prima. About 30 percent of La Prima’s offerings now have the official organic designation.

Do good at Coffee Tree Roasters by purchasing beans certified by the Rainforest Alliance, an organization that works to improve the ecological impacts of coffee farming. When you buy your coffee beans at local roasters, you’re supporting the local economy—but it’s nice to know that you’re doing global good as well.

There are more than 800 aroma compounds in coffee, and its flavor is among the most complex of all foods.

Warm Up With a Winter Coffee Tasting

Most of us tend to stick with a particular coffee bean (Colombian versus Sumatran) or type of roast (dark French roast versus medium roast) as a matter of habit. Yet with all the varieties out there, it’s well worth experimenting. Coffee from the world’s largest growing regions share some general attributes: Coffees from the Americas (Central and South America) tend to be mild, medium-bodied, clean and lightly acidic; varieties from Africa tend to be hearty, or “big,” with more acidity; varieties from Asia/Indonesia tend to have less acidity and taste very rich and smooth. But it’s not just the bean that creates the flavor—how a bean is roasted can completely change it, with some experts believing that very dark roasts overwhelm the best nuances of a coffee’s flavor. A tasting is the ideal way to re-examine whether you’re drinking the brew that best suits your tastes.

For the best results for an at-home tasting, brew using a French press. For each variety, control the variables: Use water at the same temperature (just cooled from boiling), use the same grind for all three coffees (coarse for French press), and allow the grinds to steep for four minutes. Pour the first batches into thermal mugs to keep them warm, and then taste all the varieties at about the same temperature—warm, but not piping hot.

The owner of La Prima Espresso, Sam Patti, recommends a tasting that includes La Prima Colombian, Fair Trade Organic Ethiopian Harrar and Fair Trade Organic Sumatra. “These three are easily distinguishable, and the first one will redefine how you thought Colombian coffee tasted,” he says. “Just remember, with brewing, every step can kill the deal. Make sure that the water is hot enough, use enough coffee, and use the right type of grind.” You can find the above bean varieties at La Prima Espresso (205 21st St., Strip District; 412/281-1922, laprima.com).

Bill Swoope Jr., who co-owns Coffee Tree Roasters and Iron Star Roasting Co. with his father, suggests tasting coffee from Sumatra, Kenya and Costa Rica. “I especially like coffee from Indonesia, which is smooth and rich but lower in acidity,” says Swoope. He adds this helpful note for novice tasters: “When we talk about acidity in coffee, we’re not talking about pH, but a component similar to what you find in white wine—also sometimes described as brightness or sparkle on the tongue.” You can find the above bean varieties at the Coffee Tree locations in Squirrel Hill, Blawnox, Shadyside and Mount Lebanon (Info: coffeetree.com)