The Other Moving Documentary About a Curious Pittsburgher

In "Will Work For Views," the video artist and musician Weird Paul is a little bit Dr. Demento and a little bit Mister Rogers. 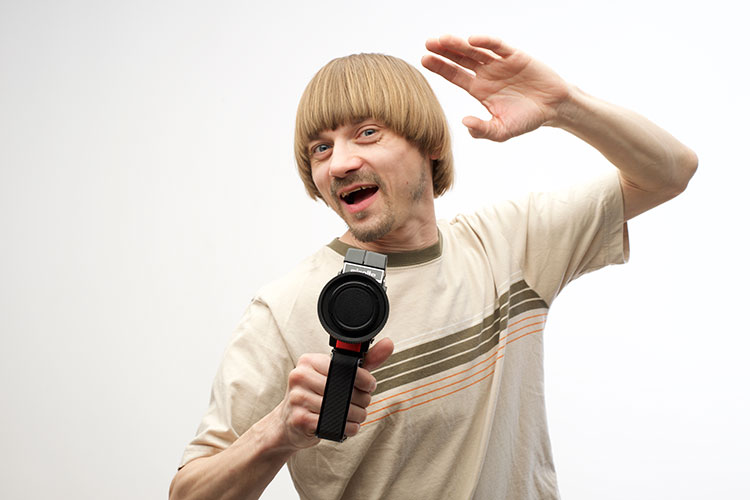 There are some essential performers among the contemporary Pittsburgh music scene — those nominally “local” artists on par with any of their peers nationwide. These are acts you should absolutely make a point of seeing live: Meeting of Important People, Molly Alphabet, The Telephone Line.

I would, without question, add the Weird Paul Rock Band to that list. Weird Paul — the nom de rock of video artist and musician Paul Petroskey — is an idiosyncratic and irresistible outsider artist who for a quarter-century has been producing what we now call “content.” Videos, songs, albums (more than 40), sketches, characters. In some of his many, many YouTube videos, he’s wearing a shirt that reads “Original Vlogger.”

He’s also the subject of a new documentary, “Will Work For Views: The Lo-Fi Life of Weird Paul.” It’s receiving its world premiere this Saturday night at the Harris Theater before some scheduled film-festival appearances.

The film documents Petroskey’s distinctive mania, an obsessive desire to create music and videos which resonate online. The great conflict of his life seems to sit between the knowledge that he’s doing good work — we see audiences near and far praising his performances, and YouTube comments from around the world raving about his uploads — and the unfortunate realities of everyday life. He simply wants to keep creating and performing; tasks like dismantling a dilapidated shed at the insistence of an insurance company seem to bewilder and infuriate him. (That is the most captivating breaking-down-a-shed sequence I’ve ever seen, by the way.)

The Weird Paul Rock Band performances I’ve seen aren’t kitsch; they’re simply good. The music is (often) earworm-ready power pop, the lyrics are absurd, the earnestness and joy are real. “Will Work For Views” seems to posit that anything this distinctive and unique — that word is usually to be avoided in writing, since so few things are truly unique, but Weird Paul is truly unique — must come from an unconventional yet motivated person.

Oddly enough, I found myself comparing “Will Work For Views” to “Won’t You Be My Neighbor,” the Mister Rogers documentary currently filling handkerchiefs across the country. These two portraits of slightly offbeat, somewhat enigmatic Pittsburghers share an admiration for the unironic creator — the individual dedicated to leaving a legacy of creation behind, to spreading joy through art.

One of those two creators just makes YouTube videos about cereal.

The world premiere will feature a Q&A with the filmmakers and Petroskey and will be followed by a live performance across town at Coffee Buddha in the North Hills.