The Origins of Isaly’s: It's Not What You Think

Tracing the story of the chain back to its roots — which, surprisingly, are not in Pittsburgh. 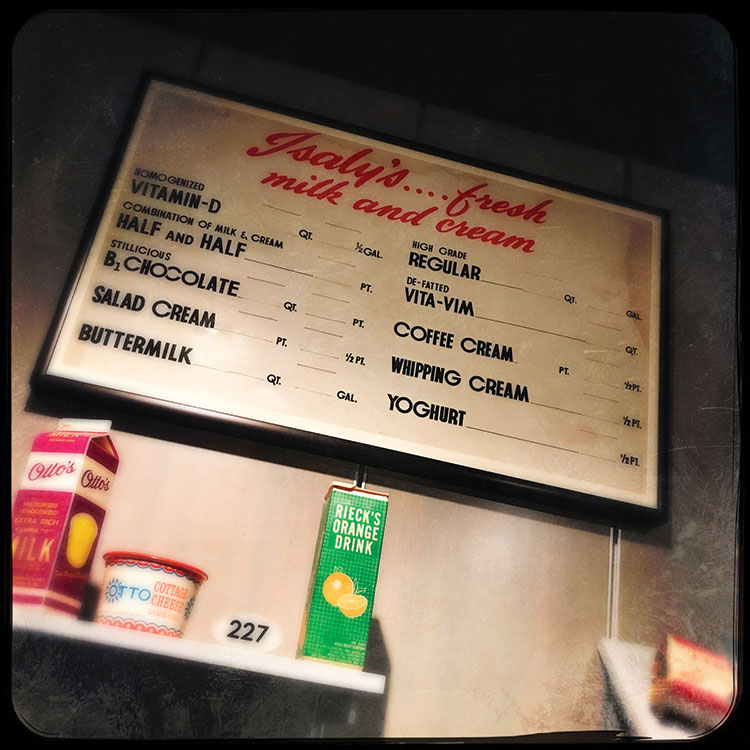 Isaly’s Dairy Stores are fondly remembered throughout the region. It might seem counterintuitive, then, that the chain started in Ohio — and didn’t come to Pittsburgh until around 1930.

When Henry Isaly moved to Pittsburgh from Ohio in 1929, he first got a job at Donahoe’s, another legendary cafeteria-bakery-food-emporium Downtown, working at the deli counter. Like a spy, he wanted to use the gig to learn about this city and its people.

Born in 1905, Henry was the youngest of William and Louisa Isaly’s six children. Three years before Henry’s birth, William, an entrepreneur as well as a dairy farmer, had started the family’s dairy-distribution business in Mansfield, Ohio, with a milk plant and 26 delivery routes. The company soon expanded west to Marion, Ohio, and east to Youngstown, where in 1918, the Isaly Dairy Company decided to open franchised stores so the public could walk in and buy a really good ice cream cone — among other things. The business grew quickly. By 1924, Isaly’s boasted 25 retail stores.

When the family decided to expand into the Pittsburgh market, it was a risk; National Dairy controlled most of the dairy market here. The gamble paid off. Isaly’s built a plant on the Boulevard of the Allies in Oakland and opened dairy-and-deli stores throughout southwestern Pennsylvania.

Henry, a charming and easy-to-like businessman who valued clean and attractive stores, was determined to sell quality goods and treated his workers as family. He arrived here with his family’s distinctive tall ice cream cones called “Skyscrapers,” made with special scoops. He also knew that folks in Ohio loved the chocolate-covered ice cream squares called Klondikes that his brothers had developed.

All of this Isaly history is included in Brian Butko’s book, “Klondikes, Chipped Ham & Skyscraper Cones.” Butko says those three items helped to establish, consolidate and cement Pittsburghers’ affection for Isaly’s, creating the “magic” that endures. “The stores were just part of Pittsburgh for decades,” he says, “like the Terrible Towel, the fountain in Point State Park or even Fort Pitt, important parts of our history.”

​Butko says Henry Isaly was lucky that another young man named Claire Hatch had come to work for Isaly’s, too. Hatch was more of a strict businessman; he helped to find good locations, set many of the standards for the shops and, in the early ’30s, became one of the people in Pittsburgh with a claim on creating “chipped ham.” Pressed ham, touted as “The Finest and Most Economical Sandwich Meat,” was not an especially popular deli product until someone (possibly Hatch) decided to slice it very thin. It quickly became a signature item in the stores, which numbered nearly 400 at Isaly’s peak.

Lots of factors slowed the company’s growth in the 1960s. Fast food was becoming popular. People started going to supermarkets. Henry died in 1961. Claire Hatch left the company as he started his own chain of Eat’n Park family restaurants. Valiant attempts were made to revive the business, but in the early 1970s, the company was sold. Although pieces of the business, such as Klondike bars, would go on to national distribution and fame, the Isaly’s empire disappeared, except in customers’ memories — and a few stores that carried on recipes and traditions, and occasionally the family name.

The iconic chipped ham (sometimes marketed as “chipped-chopped ham”) still is available and popular. The brand was recently sold to Conroy Foods in O’Hara Township, which — as “Isaly’s LLC” — is starting to revive several flavors of Isaly’s ice cream as well.

Isaly’s may have started in Ohio, but we Pittsburghers seem intent on keeping it alive.

This article appears in the March 2017 issue of Pittsburgh Magazine.
Categories: From the Magazine, Hot Reads, Rick Sebak