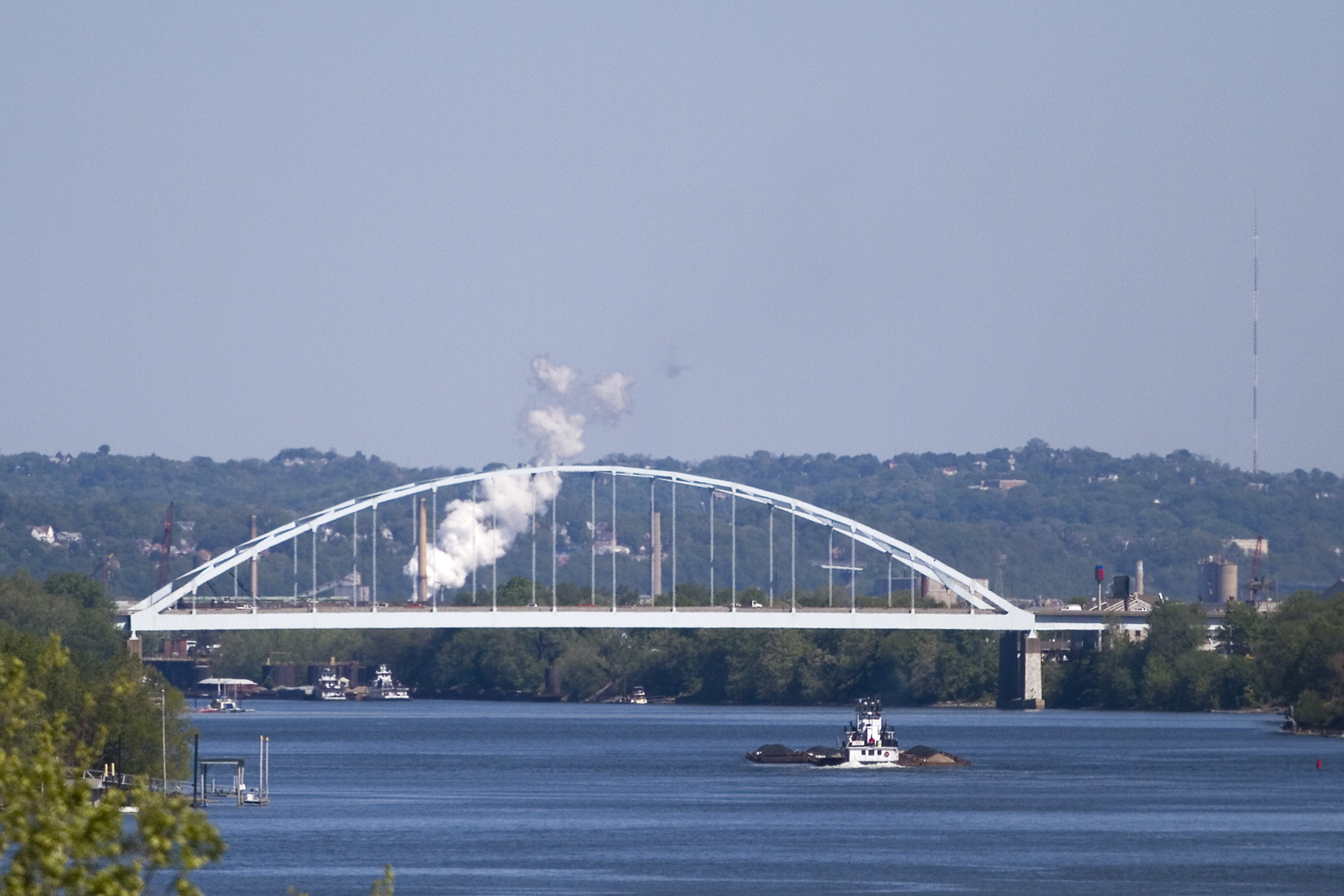 Sewickley: A bustling business district if ever there were one, Sewickley’s main drag holds more than 140 businesses and 14 places to eat — enough to keep visitors and residents occupied for years.

Ambridge: We’re experienced bridge builders in this part of the country, but Ambridge’s former American Bridge Company — which gave the town its name — is responsible for bridges and buildings the world over.

Haysville: Among Allegheny County’s 130 municipalities, Haysville makes its mark by being the least-populated. We salute you, 70 stalwart denizens of Haysville.

Leetsdale: This once-upon-a-time industrial base now is the kind of family-friendly borough that has a communal photo album on its local website [leetsdaleboro.net], complete with pictures from a visit with Santa.

Ohio Township: For a place that once had no central business district, Ohio Township has done well for itself with the arrival of the Mount Nebo Pointe shopping complex at the Camp Horne Road interchange on I-279 [247-250 Mt. Nebo Pointe Drive].

Neville Island: What was advertised as the next Manhattan by early-20th-century developers remains vital thanks to the Robert Morris University Island Sports Center [7600 Grand Ave., rmuislandsports.org] and a small collection of bars and restaurants, businesses and neighborhoods.

Ben Avon Heights: Ben Avon Heights found its start by piggybacking off its big sister, Ben Avon. What started as a country club in 1917 has become the space for about 145 homes today.

Bell Acres: By southwestern Pennsylvania standards, Bell Acres practically is a baby. It wasn’t incorporated until 1960 after it parted ways with Sewickley Township.

Sewickley Hills: The smallest Sewickley — only 2.5 square miles — still is a very pretty, very green Sewickley. We would expect nothing less.

Glen Osborne: Update your maps. For more than 100 years, Glen Osborne posed as just plain Osborne due to a bygone railroad station distinction. The Glen came back in 2008.

Aleppo Township: Aleppo may have lost much of its land to Sewickley Heights, Glenfield and Haysville in the 1800s, but it has been growing steadily in population in recent years. Maybe give some land back, neighbors?

Glenfield: Interstate 79 might have busted its way through Glenfield in the 1970s, but the area still boasts rolling, wooded hills for its 200 citizens. Take that, concrete jungle!

Kilbuck Township: Named for a Lenape chief who led his clan during the Revolutionary War, this country-lite community today is home to about 700 people.

Emsworth: Emsworth sits on what once was the McIntosh Trail, which connected Fort Pitt to Beaver. Accordingly, many settled on this picturesque land after the American Revolution. Today’s residents similarly are self-reliant; before the opening of Holy Family Academy [hfa-pgh.org] in 2014, incoming students practiced carpentry skills by building their own desks.

Avalon: Named after the land of apples, Avalon celebrates its namesake — and orchards — with an annual apple blossom festival [boroughofavalon.org].

Bellevue: At its incorporation as a borough in 1867, Bellevue slid in with the minimum required population of 300 people. The community has done something right over the years: The population as of the last census had increased to almost 8,400 (and in May 2015 it finally legalized alcohol sales).

Harmony Township: Harmony sneaks just over the line into Beaver County by way of Big Sewickley Creek, which lines the southeastern border of town. 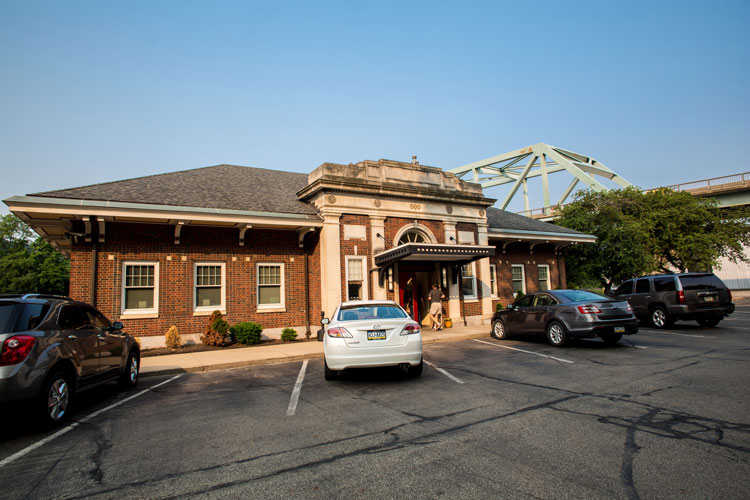 10 Things We Love in the Ohio River Valley

1 If there’s something any Pittsburgher knows how to do, it’s repurpose. In this case, we recommend the historic Sewickley Train Station [20 Chadwick St.], which saw use as both an actual train station and later as a music venue that hosted the likes of Ella Fitzgerald and Count Basie; most recently, it was an American Legion hall.

2 We’re history lovers, and we’d like future Pittsburghers to feel the same way. If you’re looking to pass on a love of the past to the next generation, Old Economy Village [270 16th St., oldeconomyvillage.org] in Ambridge offers a summer camp called “Happy Ways of Olden Days: Learning 19th-Century Life Through a Child’s Eyes.”

3 Mark your calendar in September for Leetsdale’s Autumn Fest, hosted by the Leetsdale Garden Club [leetsdaleboro.net]. What better way to usher in fall than with pony rides for the kids and locally grown produce and craft goods for the grown-ups?

5 If you’re bopping around Leetsdale, plan for a peek at the impressive Elmridge (aka Elm Ridge, James Gardiner Coffin House, J.G. Coffin House and/or John Walker House) [1 Breck Drive]. The house was built in 1869, and if you’re really into that sort of thing, you can find the original plans in the 1873 edition of Hobbs Architecture.

6 Around here, we’ll occasionally cool off with a Red Ribbon soda from Natrona Bottling Co. Plenty of places around the country have favorite local soft drinks of their own — and many of those far-off pops are available at Sewickley’s Village Candy [344 Beaver St., villagecandy.com]. See how folks get their sugar across the nation!

7 Neville Island gets lots of love, so we’ll turn our attention to Avalon’s Davis Island for a moment. There you’ll find the site of the former Davis Island Lock and Dam, which was one of the U.S. Army Corps of Engineers’ first concrete structures as well as the first dam on the Ohio River.

8 OK, Neville Islanders: Here’s one for you, too. Drop by Paradise Island Beach & Bowl [7601 Grand Ave., paradiseislandbowl.com]; inside, it’s a bowling alley, but outside, it’s a faux beach, complete with sand volleyball.

9 It’s not every day you get to cast your eyes on a for-real estate. Sewickley Heights is home of Wilpen Hall [889-895 Blackburn Road and 201 Scaife Road], which was featured in the film “Foxcatcher.” In 1900, the Snyder family completed construction on the English Manor house, which descendants continue to call home today; accordingly, please gaze from a distance.

10 We’re not here to turn down ice cream under any circumstances. If you happen to be shopping in Ohio Township, you’ll be remiss if you don’t get a tasty treat from Scoops on Mount Nebo [250 Mt. Nebo Pointe Drive, mtnebopointe.com]. It also has smoothies and frozen yogurt if you’re so inclined. 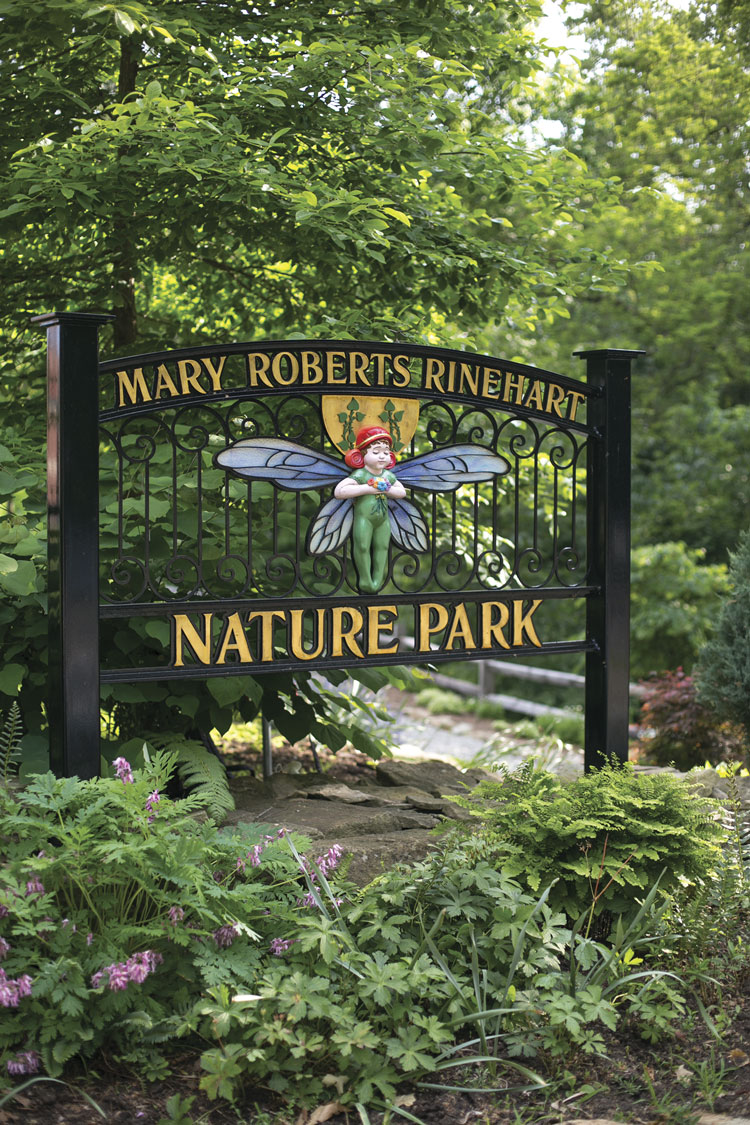 The Mary Roberts Rinehart Nature Park [1414 Beaver St., mrrnaturepark.org/index.html] — adorably marked by a fairy on its gate next door to Osborne Elementary School in Glen Osborne — used to be overrun with invasive plants. Volunteers came together to clean it up; it’s now a haven for plants indigenous to Appalachia. Keep the momentum up by not just enjoying a walk in the park but by getting your hands dirty — volunteers are sought for a Park Steward Program, in which you’ll be able to adopt a portion of the park and be its caretaker. — Jennie Dorris 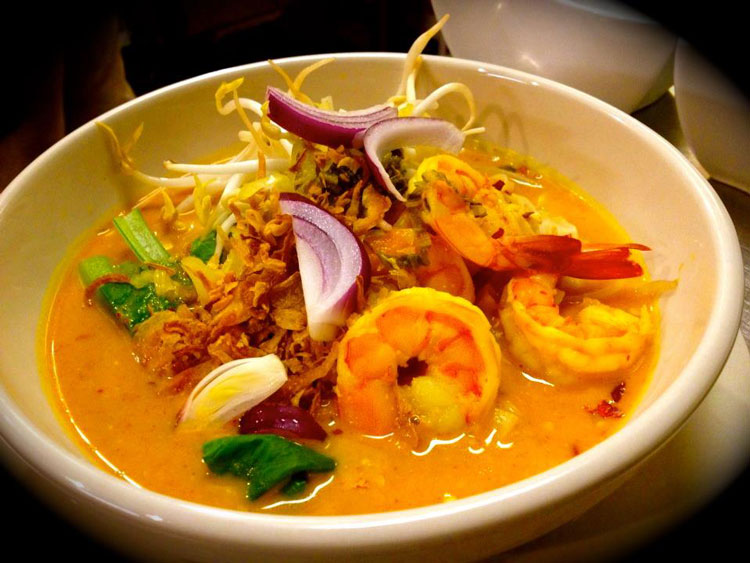 Thai Tamarind [172 Lincoln Ave., thaitamarindpittsburgh.com] is a flavorful escape located in the heart of a mostly residential section of Bellevue. The restaurant, which opened in 2014, is beautifully decorated in a regal style with jade elephants, dark-wood tables and gorgeous light fixtures. Try the Drunken Noodles; it’s a spicy combination of meat (or tofu), noodles, basil, garlic, egg and napa cabbage. Anchor and Anvil Coffee Bar [7221 Church Ave., anchoranvilcoffee.com] in Ben Avon is a comfortable, family-friendly coffee and tea shop. Sip on a cup of Madcap coffee while relaxing on one of the couches. There’s a small collection of books and a few games for kids. — Hal B. Klein