The North Hills is Finally Stepping Up Its Bar Game

Hog's Head Bar and Grill in Reserve Township is the latest northern bar good enough to keep locals from traveling to town. 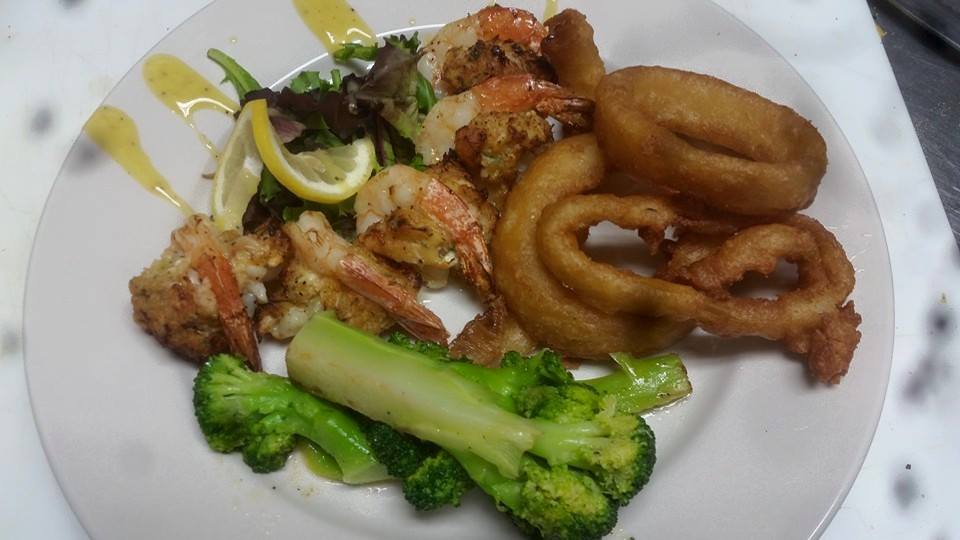 The official history of Reserve Township’s Hog's Head Bar & Grill contains something of a working-class fable: According to the pub, livestock shipped to Pittsburgh and unloaded on modern-day Washington’s Landing — then Herr’s Island — would be led across an ancestral version of the 30th Street Bridge and herded up crazy-steep Rialto Street, which leads into Troy Hill. Once they reached their destinations in Spring Garden, Millvale and beyond, exhausted workers would saddle up to an earlier version of the Hog’s Head to refuel.

In any case, it is true that a watering hole under some name has been found at 3433 Spring Garden Ave. for quite some time — the pub’s current sign dates it to 1933. It only has operated under the Hog’s Head name since late 2014, however; many locals know at simply as the Pig Bar, the name under which it operated for some time before this latest rebranding.

I had heard the out-of-the-way tavern was remarkably busy on weekends, and social-media reviews mostly were promising. I also was curious about discovering a go-to bar in quiet Reserve Township; the municipality just over the city line is dwarfed by northern neighbors Shaler and Ross (and the buzz is all stolen by its resurgent neighbor, Millvale). Any location that draws visitors to Reserve, then, was worthy of my investigation.

On the surface, there’s little to distinguish the Hog’s Head from a hundred other neighborhood joints. Undoubtedly inviting and great for locals, a certain breed of reliable corner bar and grill is a fixture in western Pennsylvania; the Hog’s Head completes the bar-down-the-street checklist effortlessly as well. Yes, this is a bar at which to stop after work, a bar to pop into for a Pirates game, a bar that will serve you a filling meal after a hard day.

But I found plenty of smaller touches that gave the Hog’s Head its own identity, something occasionally lacking among the bars in this part of town. In the newest part of the structure, a former house renovated into the main bar, large windows ring the room, inviting the outside in — a rarity among Pittsburgh’s generally walled-up places to drink. Upstairs, a single pool table sits in the center of a small room, available to play for free; if it’s unused, you and your friends get your own private, cozy pool room.

As for the food, I was sold on a daily special: a breakfast pizza topped with scrambled eggs, bacon, sausage, peppers and cheddar. It’s a pie that would be easy to botch, but this was delicious — as was the appetizer I tried, the “Angry Chicken.” I didn’t get to the wings, which are the calling card of the Hog’s Head — drop by on a Thursday, and you can get a “Hog Bowl” of 15 wings for just $6."

It’s been with pleasure that I’ve watched the near North Hills finally decide to put a bit more effort into its bars in recent years. Along with places such as Rum Runners Saloon and Hal's Bar & Grill, one no longer needs to leave the northern suburbs and come into the city for good pub grub and decent beer lists. It’s not particularly likely that I’ll be relocating to Reserve Township anytime soon — but if I did, I’d be set for a neighborhood bar.