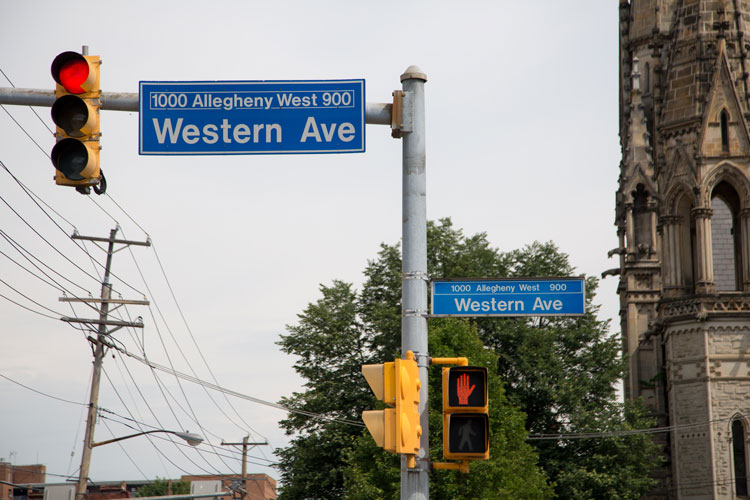 Chateau: Don’t let the quaint name fool you. The tiny neighborhood on the banks of the Ohio River is home to some big-time destinations, notably the Rivers Casino and Carnegie Science Center.

Manchester: This architecturally rich, mostly residential neighborhood filled with late Victorian-style manses is home to the Manchester Historic District. Featuring homes built between 1860 and 1900, it is Pittsburgh’s largest district listed in the National Register of Historic Places.

North Shore: Score! The North Shore is home turf for both PNC Park and Heinz Field. But it’s not all sports on the North Shore; among the businesses, restaurants and housing, you’ll also find The Andy Warhol Museum [117 Sandusky St.].

Allegheny West: Ridge Avenue, now dominated by the Allegheny campus of Community College of Allegheny County, was dubbed Millionaire’s Row in the late 19th century as many of Pittsburgh’s elite chose to build homes in Allegheny West. 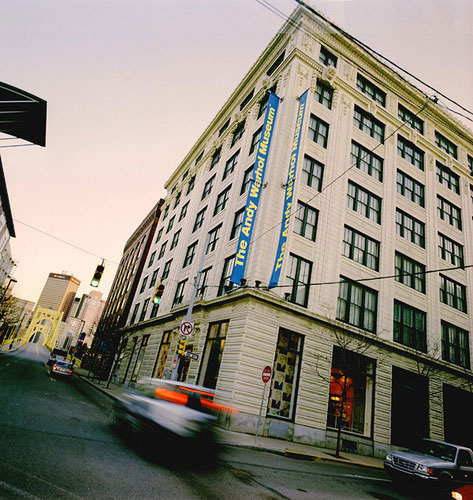 10 Things We Love in the New North

1 Start your weekend off right by grabbing a burger at Chateau Café & Cakery [1501 Preble Ave.]. Known for savory breakfast and brunch items, sweet treats and locally brewed coffees, Chateau dedicates every Friday to serving up some of the finest burgers in the ’Burgh.

2 Bicycle Heaven [Preble and Columbus avenues] in Chateau is part bike-repair shop, part retail store, part history museum and full-on awesome. But if you really want to get your wheels moving, check out Bicycle Heaven’s Bike Show, Swap Meet and Party. The next installment takes place Sept. 12-13, rain or shine.

3 For anyone looking to get creative with kids — or just have fun adult time — The ARTLab programs at The Mattress Factory [500 Sampsonia Way] in Central Northside are can’t-miss events. Held on the first and third Saturday of each month, ARTLab features fun interactive activities (typically inspired by current exhibitions, artists and ideas) for visitors of all ages.

4 Sure, you’re heading to the National Aviary [700 Arch St.] in Allegheny Center to check out the array of birds, but don’t forget to visit with Wookiee, the Linnaeus’s
two-toed sloth, who resides in the Cloud Forest exhibit.

5 PNC Park [115 Federal St.] is beautiful all around, but the park’s right wall is a subtle tribute to one of greatest players in Pittsburgh Pirates (and baseball) history; it stands 21 feet high in honor of Roberto Clemente’s jersey number. For fans, the 12-foot bronze statue of Clemente is a great place for a photo op.

6 Once a year (but only if you’ve been a good little boy or girl), the annual Old Allegheny Victorian Christmas House Tour allows visitors a peek inside the elaborately decorated edifices that line Manchester. Your tour guide will explain Victorian holiday traditions and provide history behind Allegheny West and its famous 19th-century residents. 2015’s tour is Dec. 11-12.

7 Woof! The popular off-leash dog park at Allegheny Commons Park [Ridge Avenue] is a great way to meet friends — of the two-legged and four-legged varieties. Just don’t let your pup swim in nearby Lake Elizabeth — no dogs allowed!

8 By all means, head to the nonprofit New Hazlett Theater [6 Allegheny Square East], for a live theatrical production or dance performance. Don’t forget to explore the historic venue’s fantastic lobby while you’re there; with spatial design by Edge Studios and sculptural artwork by Kathleen Mulcahy, the room is made for gawking.

9 Good Fridays at The Andy Warhol Museum [117 Sandusky St.] are extra special. Every Friday, the Warhol stays open late — until 10 p.m. — and offers half-price admission, plus a cash bar in the museum lobby. Go on. Get your 15 minutes.

10 If you’re on a mission to destroy — and we mean absolutely annihilate — your diet, may we kindly suggest any of the torpedo-sized burritos on the menu at El Burro Comedor [1108 Federal St.] in Central Northside? As a topper, try the carne asada fries. Your scale may hate you in the morning, but you won’t regret it. 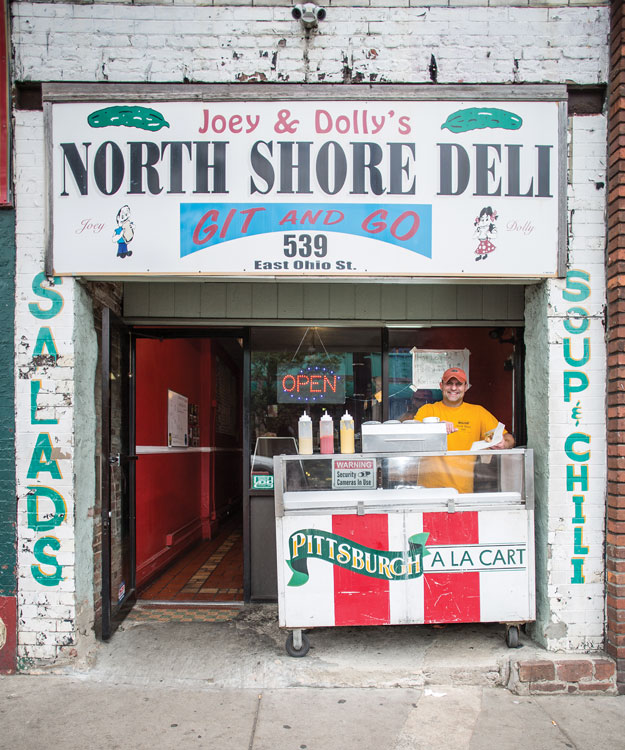 Joey and Dolly’s North Shore Deli [539 E. Ohio St.] will transport you back to 1982, the year the storefront opened in the Central Northside. Inside you can order from a selection of 20 sandwiches named for neighborhood streets, and you also can purchase deli meats and cheeses. There’s a griddle outside for hot Italian sausages, kielbasa and hot dogs. The “Git and Go” slogan on the deli’s sign reminds customers that you should take these giant sandwiches elsewhere (although the new addition of a small, stand-up counter does provide some space to eat inside). — Hal B. Klein 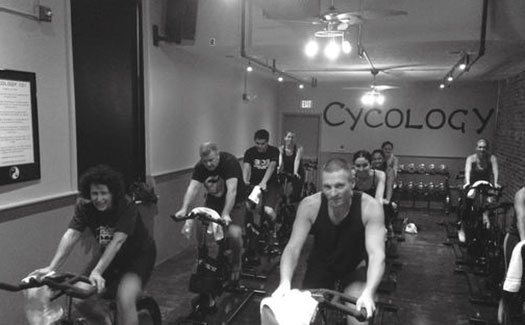 Explore the duality of exercise at Urban Elements & Cycology [208 Federal St.] on the North Shore, which offers power yoga and indoor cycling. The cycling uses a style of bike that mimics outdoor riding — the bikes tilt and lean with your body, engaging your core. The gym, which opened in early 2015, currently is offering drop-in prices from $15-$18 per class. Also, watch for special events; Urban Elements leads free group runs on Thursday evenings, followed by a donations-based yoga class. — Jennie Dorris