These 11 communities, which continue to evolve, contain some of the region’s trendiest locally owned restaurants, retail shops and art galleries. 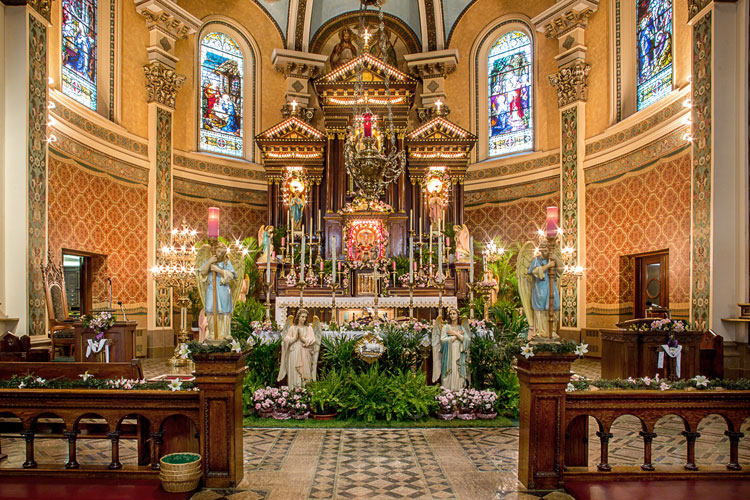 Polish Hill: Centered around the historic Immaculate Heart of Mary [3058 Brereton St., immaculateheartpolishhill.com], one of Pittsburgh’s oldest and largest churches, Polish Hill once was home to Polish immigrants who in the late 1800s came to America to work in Pittsburgh’s steel industry. Today, this mostly residential neighborhood overlooking the Strip District is a tight-knit community with a growing business district.

Central Lawrenceville: As does Lower Lawrenceville, Central Lawrenceville has an eclectic mix of brick rowhouses, unique restaurants, boutiques and more. The historic, 300-acre Allegheny Cemetery [4734 Butler St., alleghenycemetery.com] also is found here, as is Children’s Hospital of Pittsburgh of UPMC.

Upper Lawrenceville: Often affectionately referred to as the 10th Ward by residents, Upper Lawrenceville is shaking off its gritty past to follow in the successful footsteps of Lower and Central Lawrenceville; design group Evolve EA [evolveea.com] is working with the community to attract new homebuyers and storefronts.

Stanton Heights: Call it the suburbs in the city. While the placid residential neighborhood — which started life as the private Stanton Heights golf course — doesn’t have a business district, its residents have easy access to all the hustle and bustle of the East End.

Morningside: The introduction of the Chislett Street trolley line in 1905 spurred new development in this former farming community. Filled with graceful brick homes — mostly built in the 1920s — the family-friendly neighborhood is peppered with small businesses.

Highland Park: The stately neighborhood of Highland Park — a residential district on the National Register of Historic Places — includes the 500-acre city park of the same name in its northern corridor. The thriving Bryant Street business district boasts a number of locally owned eateries and coffee shops.

East Liberty: A failed urban renewal project in the 1960s left this culturally diverse neighborhood in a period of decline that lasted for roughly 30 years. Today, East Liberty is enjoying a renaissance as a hip place to live, work, shop and eat.

Friendship: Filled with large Victorian and Edwardian-style houses, tiny Friendship, along with neighboring Garfield, is enjoying its designation as an art-friendly community that draws many professionals, students and families. 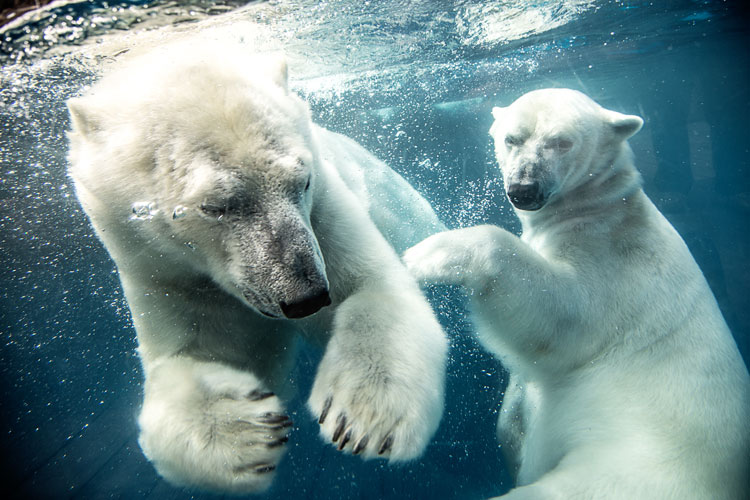 10 Things We Love in the Near East

1 Bloomfield has several parks and green spaces, but among the most charming is the Octopus Garden. Centered around an octopus sculpture, the whimsical community garden [133 S. Aiken Ave., facebook.com/octopusgardenpittsburgh] contains shared raised beds, community rain barrels and a children’s lending library.

2 A favorite with visitors, the Babbling Brook at Highland Park [pittsburghparks.org] isn’t just beautiful — it’s darn useful. The rocky waterway, once a set of deteriorating steps, naturally dechlorinates and cleans waste water from the park’s Reservoir No. 1 by aerating the water over rocks, boulders and other organic material.

3 The Pittsburgh Zoo & PPG Aquarium [1 Wild Place, pittsburghzoo.org] is filled with wondrous animals, but the Water’s Edge exhibit makes it possible to get up close and personal with a snow-white predator — the polar bear. Catch the underwater viewing tunnels on the right day and marvel as the bears swim over your head.

4 The Make-It-Now workshops at the Pittsburgh Glass Center [5472 Penn Ave., www.pittsburghglasscenter.org] in Garfield make for a truly hot (literally) date night. The workshops give visitors an opportunity to try glassmaking in 20 minutes or less. No experience (or preregistration) is required.

6 Art All Night [artallnight.org], which just celebrated its 18th year, offers a great introduction to Lawrenceville’s art scene. Professional artists and novices alike are encouraged to display their work at the anything-goes, non-juried exhibit, which attracts thousands of people each year.

8 East Liberty mainstay Kelly’s Bar & Lounge [6012 Penn Circle South] has evolved with the times, transitioning from a 1960s diner to a modern hipster haven. When you go, by all means order an unusual cocktail or craft beer from the lounge’s extensive list of brews, but don’t forget to save room for the crispy macaroni and cheese. Trust us on this one.

9 Get a lesson in comic-book history from Bill Boichel. The owner of Copacetic Comic Company [3138 Dobson St., copaceticcomics.com] in Polish Hill, Boichel has worked in the comic-book industry for more than 35 years. Bonus: The third-floor shop is located above music venue Mind Cure Records [mindcurerecords.com].

10 Order the wings at neighborhood hangout Bulldog Pub in Morningside [1818 Morningside Ave., bulldog-pub.com]. Billed as the “best wings in the East End,” the chicken comes in a variety of flavors, including hot, garlic-parmesan and Thai. 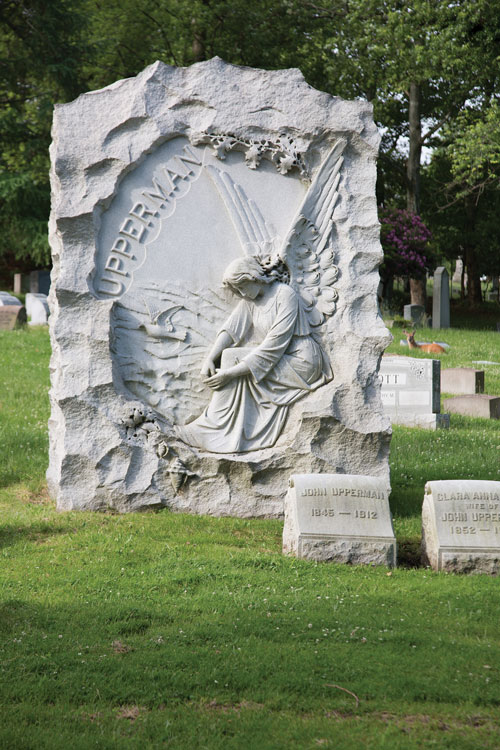 The 300 acres of the Allegheny Cemetery [4734 Butler St., alleghenycemetery.com] are a welcome respite in the urban neighborhood of Lawrenceville, complete with herds of deer that appear at dusk. Celebrate the city’s history by taking a guided walk. If you have a group of 10 or more, schedule a 45-minute or two-hour tour through the cemetery, visiting the graves of Stephen Foster, Lillian Russell and “Voice of the Pirates” Rosey Rowswell, among others. If you want to head out solo, you can download a guide from the website or check out a new app that will lead you through the grounds.  — Jennie Dorris 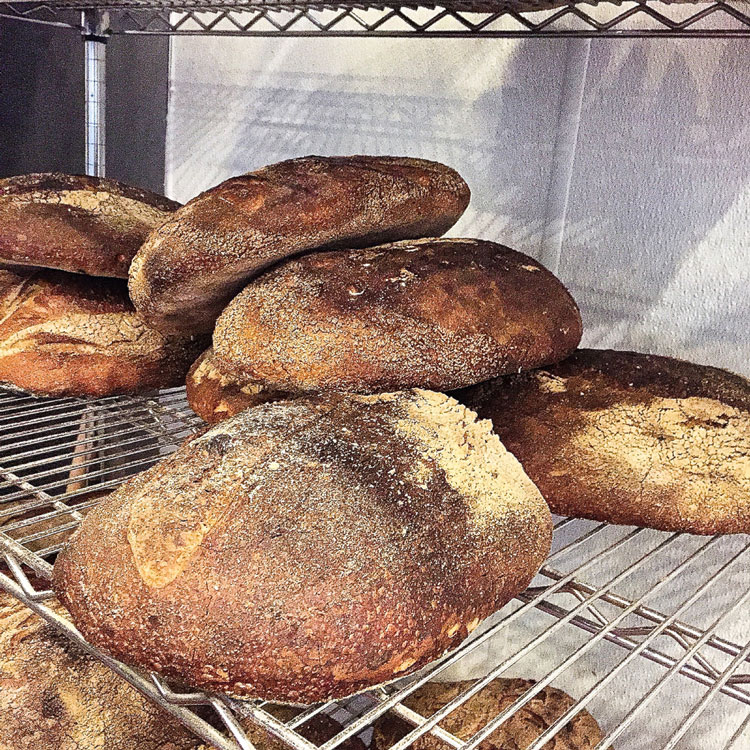 Bread and Salt Bakery [330 Pearl St., breadandsaltbakery.com] in Bloomfield recently took over the Pearl Street space that once was colloquially known as “secret pizza.” This is a secret worth spreading; Rick Easton’s tray pizza stands head and shoulders above anything else in Pittsburgh. Easton also makes world-class, naturally fermented sourdough breads, a variety of toasts and, if you’re there on the right day, bomboloni, a decadent cream-filled fried cousin of the doughnut. It’s worth visiting Impressionz [6008 Broad St.], a Jamaican eatery in East Liberty, for the jerk chicken. Its version is more of a stew than is typical, but the deeply complex spices make up for any divergence in tradition. — Hal B. Klein